Accessibility links
Kenya Barris On 'Black-ish' And What Kids Lose When They Grow Up With More Barris' ABC comedy series was inspired by his own family experiences. He says the show is about "raising your kids in a different environment than you were accustomed to being raised in." 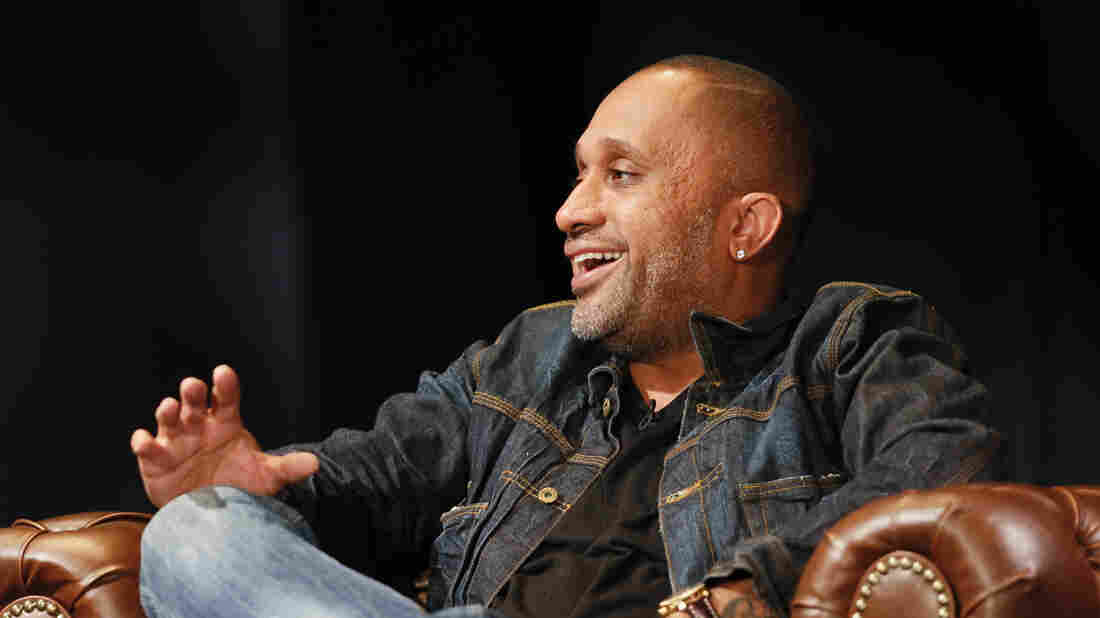 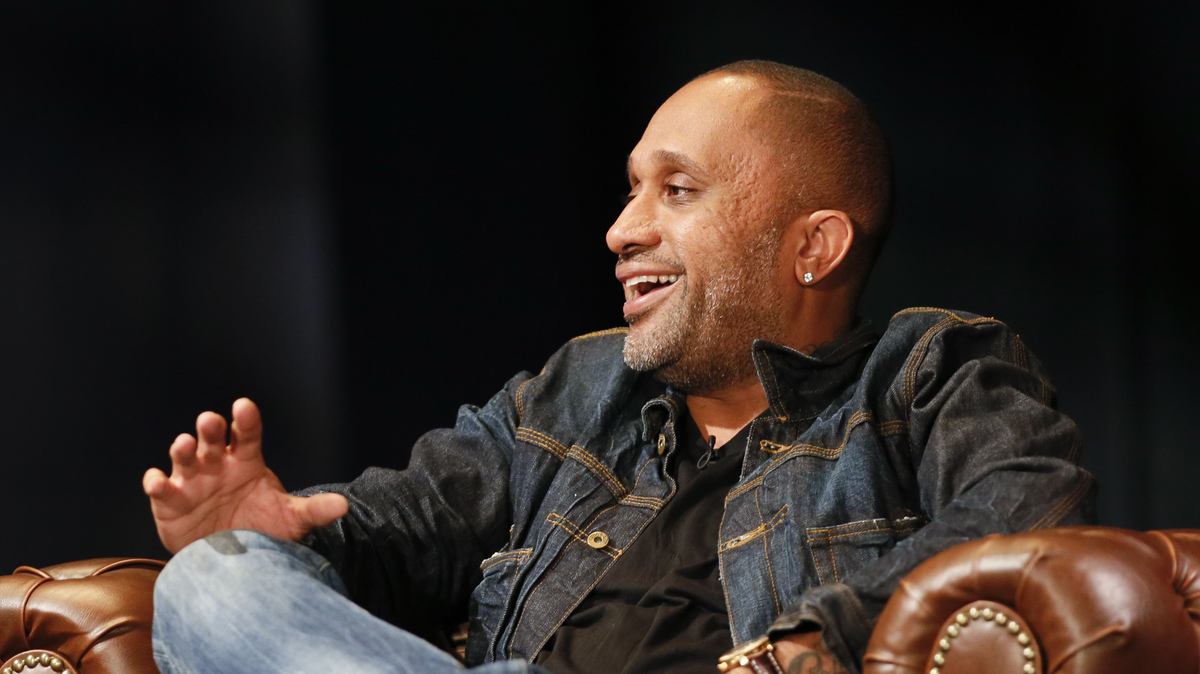 Kenya Barris is the creator and showrunner of the ABC comedy series, Black-ish.

Kenya Barris, creator and showrunner of the ABC comedy series Black-ish, wasn't raised in the same privileged world as his own children. Instead, he grew up in a poor neighborhood in Los Angeles. But after his father was injured on the job, Barris' family received money through a legal settlement and they were able to move to a different part of town.

Now he's a successful Hollywood writer who is married to an anesthesiologist, but he sometimes worries that his five kids have too many advantages. "You're taught to give your kids more, but in giving them more, what do they lose?" Barris tells Fresh Air's Terry Gross. "That sort of was the conceit and premise of [Black-ish]."

Barris' show tells the story of Andre "Dre" Johnson Sr., an African-American man who grew up poor but now works as an advertising executive. Dre lives in a predominantly white suburb with his wife, who's a doctor, and their four children. He thinks his privileged children are becoming too assimilated — "black-ish" instead of black — so he tries to teach them about black culture.

Barris says the premise is based on his own family's experience. "I wanted to be honest with what it's like sort of raising your kids in a different environment than you were accustomed to being raised in," he says. "My kids are nothing like I remember black kids being when I was a kid."

On his family's socio-economic class changing when he was young

My father lost a lung in a chemical accident at General Motors, and after a while he got a settlement that sort of changed all of our lives and moved us from, what we say, "ashy to classy," in some aspects. 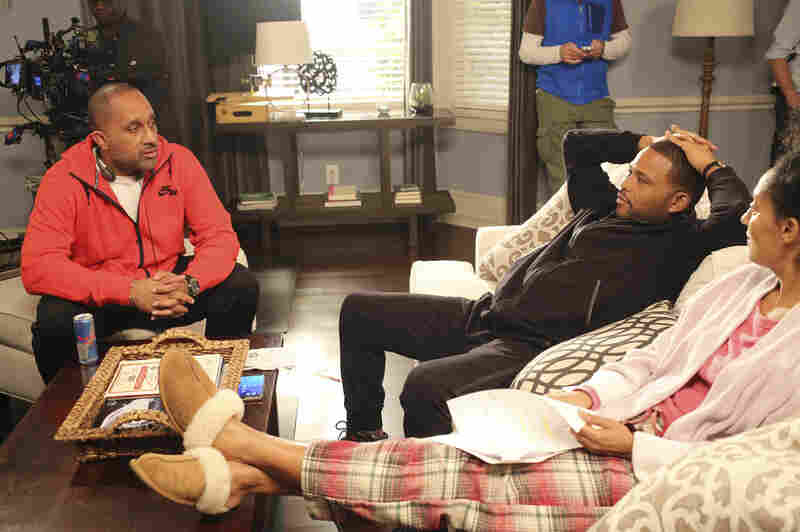 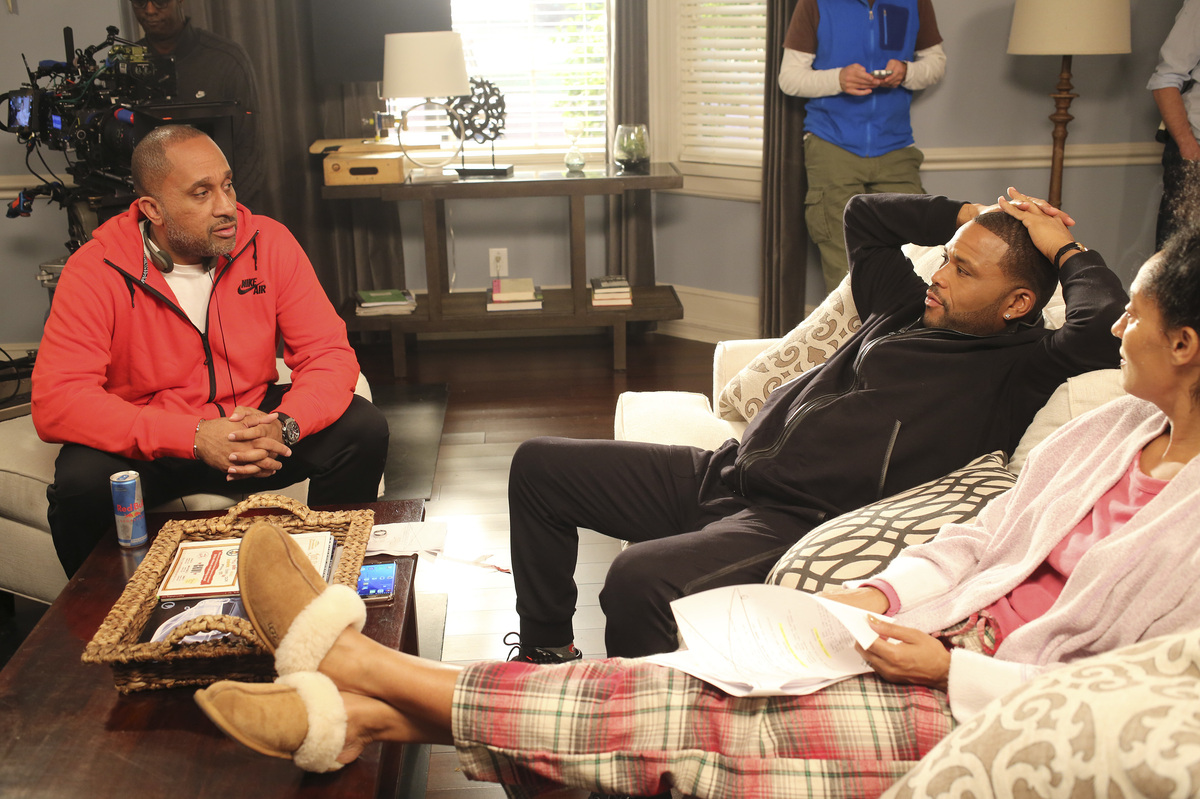 Barris talks to actors Anthony Anderson and Tracee Ellis Ross on the set of Black-ish. Anderson plays Dre, an advertising executive, and Ross plays his wife, Rainbow, who's a doctor.

At the same time, my mother had gotten her real estate license and she was really, really entrepreneurial and started selling real estate and her life sort of changed around that same time. ...

My sister and brother had started going to college ... and all of a sudden we went from one segment of the socio-economic ladder, and we sort of went up a rung. And it was around the time for me, where I was just old enough to see really both sides, and it really influenced who I am.

My mom went through civil rights; my dad went through civil rights. My name was Kenya because they wanted to give me an African name. Subsequently, my generation sort of took more of ... an intellectual sort of revolutionary approach. There was Public Enemy and The Autobiography of Malcolm X exploded; there was the Malcolm X movie; there was Spike Lee. We sort of became more of philosophical revolutionaries.

Now, my kids and their generation ... [when the] Trayvon Martin incident happened and my daughter came in and I was like, "How do you feel about this?" and she was like, "We're really upset. Kids I know are protesting." I'm like, "That's awesome. What are you doing?" And she said, "Look, we're doing it on Instagram."

And she shows me this Instagram picture and it's just a black frame ... and I'm like, "OK, so where's the protest?" She's like, "This is it. Look how many people are putting black on their Instagram." I realized, this must be the most low-rent protest I've ever seen in my life. I was like, "I can't get a small trash can fire? I don't know, like, anything?" It really showed me the generational difference.

On how his son views Barack Obama's presidency

Years later, we had the conversation when he was a little bit older and we're like, "Remember that he was the first black president. That's why those people were crying." He's like, "Oh, I forgot about that." I'm like, "How could you forget about that?" And we realized, that's the only president he's ever known. And for him, a president is black. ...

There's something sort of really nice about that, and there's also something sort of — for who I am — a little scary, because I want him to know how big of an accomplishment that is for the country, not just for our people. ... I don't know if he gets the context.

I think it is one of the most divisive, densely discoursed, just polarizing words in American history. I think a lot of things around that word are what this country [was] based on, and I feel like, as a writer, I believe our words are powerful. But I do believe that ... anything that has power, it means it has growth, and in having growth it can evolve, and I think that word has evolved. ...

Obviously there's the "er" and the "ah" ... but I feel like the word is sort of a tribal badge. ... My generation ... we took the disdainful indictment that my mom's generation would use it in — because of how it was said to the generations before her — we took that away from it and we made it a badge of tribalism between two members of that tribe: To say ... "Look, I know that you're a part of this tribe and we have some shared heritage, whether I know you or not."

On deciding to bleep the N-word on the show

What we ended up doing — and I'm so glad my partner Jonathan Groff always comes from the scientific method way of doing things — we went and did an experiment. ... There's nothing like being around a group of white people, and when two dudes are just saying it you just see them just cringing and tensing up or whatever. ... We played it with and without. We felt that without the beep limited our access points, limited our entry points for comedic accessibility. We felt like you were going to be so cringed every time the word was said that you were not going to be able to really hear it. The beep made it louder and funnier.

On being influenced by TV writer and producer Norman Lear, of All in the Family, Good Times, The Jeffersons, Maude and Sanford and Son

I am what I am as a writer because of Norman Lear and Spike Lee. Norman Lear in particular. I feel like Norman had this amazing ability to have the foresight to talk about real things at a time when they needed to be talked about.

For some reason, television went through this amazing hibernation of not talking about things. [The Evans family, from Good Times] in particular affected me, and it affected my family and it affected other families that didn't look like my family. It really showed that at the core — rich or poor — family is about love and about sticking together. And I think that that is one of those specific universalities that really influenced and informed what my show does.