Accessibility links
Donald Trump Embraces Big Donors And The RNC With New Fundraising Agreements He can do it through a joint fundraising apparatus for his campaign, the Republican National Committee and 11 state Republican parties. It's something Hillary Clinton has been doing since last year. 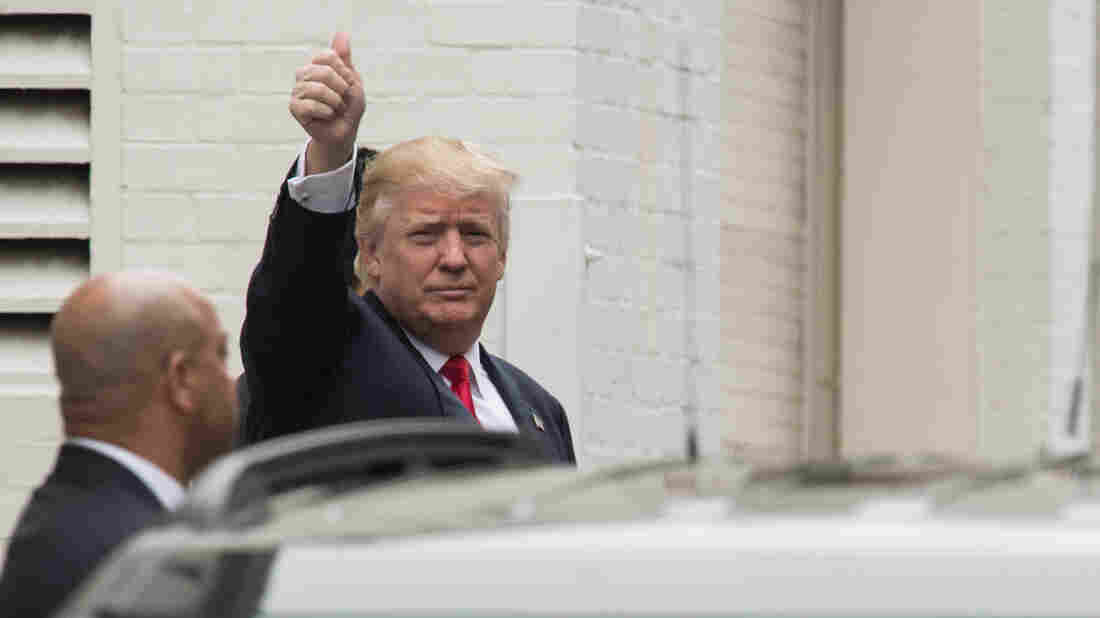 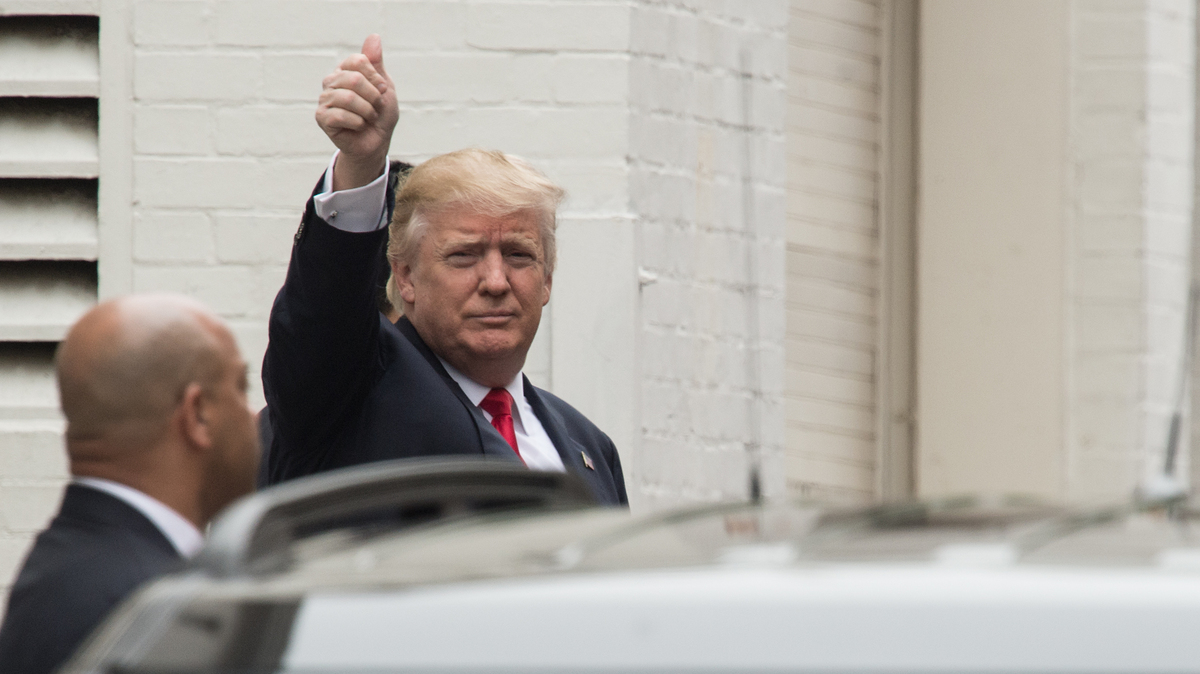 After months of bashing the Republican National Committee and big fundraisers, Donald Trump is getting on board.

"These are highly sophisticated killers, and when they give $5 million, or $2 million or $1 million to Jeb [Bush], they have him just like a puppet," Trump said at the Iowa State Fair last year. "He'll do whatever they want. He is their puppet."

But now the de facto GOP nominee has inked two joint fundraising agreements with the RNC and 11 state parties on Tuesday to start taking in enormous checks from big donors.

The shift comes as Republicans are preparing to go into November with Trump at the top of the ticket. The proceeds will be used to "expand the robust ground, data, and digital operation we have in place to elect Republicans up and down the ballot," RNC Chairman Reince Priebus said in a statement.

This is about big donors

The fundraising agreements are a big shift for Trump. In his announcement speech last year, he boasted that "I'm really rich" and didn't need big donors to fund his campaign. Donors to Trump Victory, the bigger of the two joint fundraising committees, can give as much as $449,400. That's far in excess of the $2,700 limit for individual contributions to candidates for a primary or general election campaign. Needless to say, there's a very small group of political donors who give at that level and they typically need to be courted before signing those checks.

So far, Trump has eschewed traditional fundraising, preferring instead to fund his campaign with nearly $36 million in out-of-pocket loans and $12 million in mostly small online donations from supporters. As of Trump's most recent fundraising report, his campaign had just $2 million in the bank at the end of March. Now that he's the party's standard-bearer, Trump will need hundreds of millions of dollars to support a national campaign.

A single fundraising event for Trump Victory could net tens of millions of dollars. While only the first $2,700 of each donation to Trump Victory will go directly to Trump's campaign, it's possible the state parties will transfer some of the money back to Trump. And, as Priebus noted, much of the money will go into party-building efforts such as voter contact and digital operations that will benefit Trump and all down-ballot Republican candidates.

But Hillary Clinton is far ahead in the money race

While it's been common practice in past elections to wait until there was a clear nominee before starting these kinds of joint fundraising committees, Hillary Clinton launched a similar effort, the Hillary Victory Fund, in 2015 and has already raised $60 million through that vehicle in addition to the nearly $170 million her campaign has raised directly.

The biggest question: Will big donors give to Trump?

Sheldon Adelson, the casino owner who is among the GOP's biggest donors, could give more than $100 million to back Trump. Because of contribution limits, much of Adelson's giving is likely to be concentrated in pro-Trump superPACs that can't coordinate with Trump or the RNC. Other donors, including the influential Koch brothers, are focusing their efforts on congressional races rather than the presidential contest.

"Just because they have an entity that's allowed to take over $400,000 per contributor doesn't mean that there's any contributors out there who are going to give money to this," said Charlie Spies, a Washington lawyer who worked on superPACs affiliated with Jeb Bush and Mitt Romney.