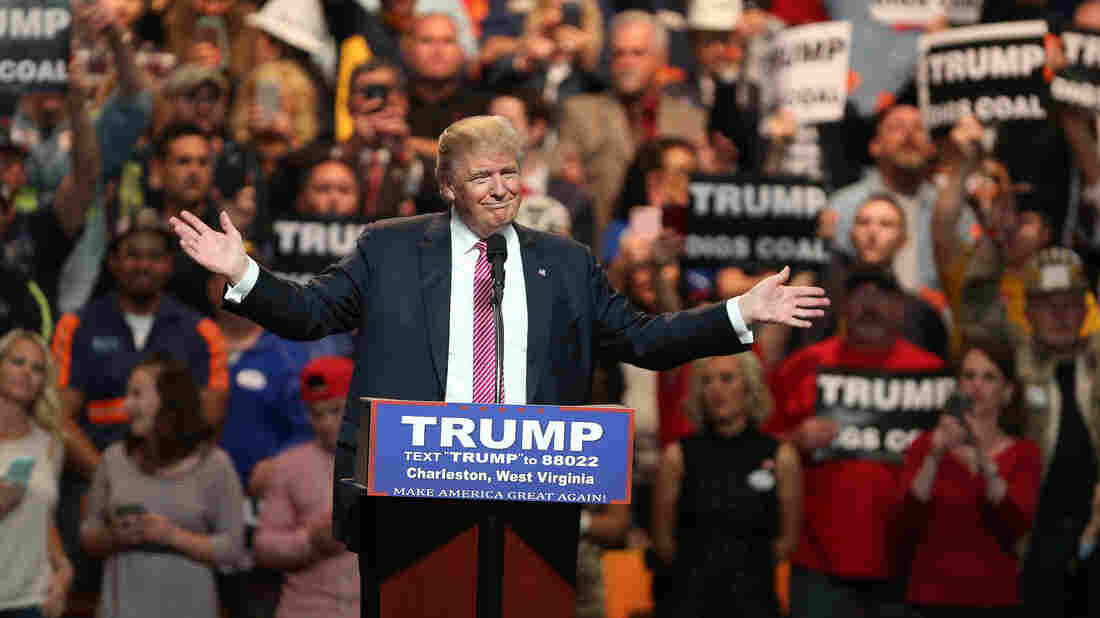 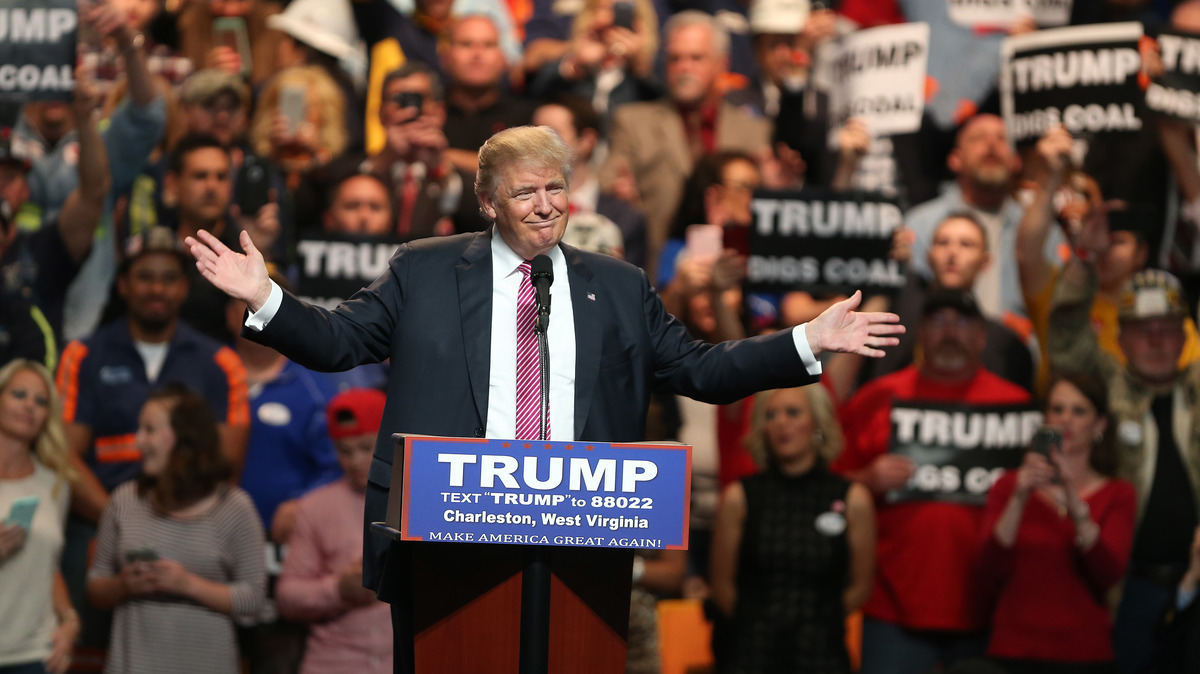 Republican presidential candidate Donald Trump speaks during his rally at the Charleston Civic Center on May 5 in Charleston, W.Va.

The general election ads are already out, and it seems clear: This election will be fought out (and hard) on the airwaves. This week, a Democratic superPAC released two ads attacking Donald Trump on statements he has made about women. Here's one:

This election is also on track to be the most expensive ever. New data this week confirmed that the number of TV ads — one of the biggest costs of any political campaign — is a full 112 percent higher than at this point in 2012. Four hundred eighty thousand ads have aired thus far this election cycle.

That's according to a new report from the Wesleyan Media Project, which at one point characterized 2012 ad spending as "pulverizing." This year, twice the pulverization has already occurred than at this point last time around.

So who's spending it and what are they getting for their money? Wesleyan's data shows that the best-performing candidates are quite often not the biggest-spending candidates. Here are four takeaways from the 2016 ad spending thus far:

1. Sanders has outspent everyone else

Bernie Sanders has spent more on TV ads than any other candidate in the election, and without the aid of mammoth superPACs.

Fueled largely by small donors (guess how big the average donation was), Sanders aired nearly 125,000 ads as of May 8.

But then, she has earned more votes, so the gap between the two candidates widens when you look at how much Sanders spent per vote (using vote totals through May 3) versus Clinton and her allied groups. While he has spent about $8 per vote, she has spent about one-third less per vote, about $5.

(The totals are approximate because Wesleyan's figures are rounded and also because vote totals for some contests — namely, Democratic contests where delegates and not votes were counted — are estimates.)

That doesn't mean his ads didn't "work," of course. Sanders wasn't as well known as Clinton at the start of the race, so his ads had to do additional work — not only informing people of his positions but also simply letting people know who he was.

2. But the really fascinating disparities are on the Republican side

Any gap between Sanders and Clinton pales in comparison to what happened in the GOP race. That race has had 17 major candidates, many of whom ran aggressive campaigns, only to drop out after only a few votes were cast — or even before the primaries altogether.

Because Louisiana Gov. Bobby Jindal both had a superPAC operation behind him and because he dropped out before any contests took place — his campaign dwarfs all of the ones Wesleyan lists, with about $17,000 spent for each of the 222 votes officially cast for him (according to totals on election tracking site The Green Papers).

OK, so he throws this all way off (and to be clear, it's possible he had some write-in votes that Green Papers couldn't have counted).

So here's a better look at how much the candidates spent per vote — that is, minus Jindal's astronomical figure.

Jindal is out there, yes, but he's still in the same company as Jeb Bush, Chris Christie, and Lindsey Graham: three candidates who, with their supporters, amassed (and spent) millions but had few votes to show for it.

The superPAC has certainly changed the campaign fundraising game, but money doesn't buy votes — Jeb Bush and his megasized superPAC, Right to Rise, know that firsthand.

Part of what's behind seemingly ineffective ads is that advertising is an arms race: As long as your opponents are running ads, you have to, as well, just to keep up. It's also true that ads may be losing their punch as Americans cut the cord and spend more time online.

"There is some evidence that more and more people are sort of turning off those [TV] ads," Gregg Phillips, who ran Newt Gingrich's 2012 superPAC, Winning Our Future, told NPR last year. "The younger generation is going to be moved by a different type of ad. They're going to be moved by some enterprising group on Reddit that has found a way to deliver a message rather than on a traditional format." 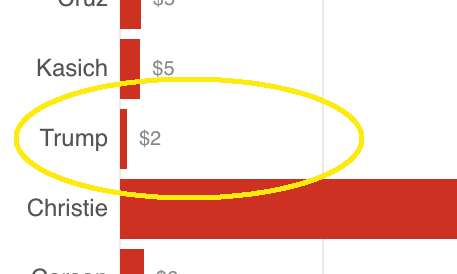 Amid all this spending, one candidate stands out by not standing out. We'll give you a hint:

We said up there that Trump had "spent best" — by which we mean that he simply knew he didn't need to spend that much at all. As of the May 3 contests, Donald Trump had spent about $2 on TV ads per vote — less than half of what any of his competitors have.

Part of this is that he had less work to do than some of his opponents. He was already a household name in the U.S., while candidates like John Kasich and Scott Walker had to work to gain national name recognition.

But then, it's also true that Trump worked to get as much free media as he could, as one insider told Politico earlier this year:

"He said, 'I'm going to walk away with it and win it outright,'" a long-time New York political consultant recalled. "Trump told us, 'I'm going to get in and all the polls are going to go crazy. I'm going to suck all the oxygen out of the room. I know how to work the media in a way that they will never take the lights off of me.'"

Indeed, by one estimate, he had received $2 billion in free media coverage as of March.

5. So much for #NeverTrump

That estimated $2 billion may be a big reason why the anti-Trump ads didn't seem to dent his support. Wesleyan estimates that the anti-Trump forces spent $24.2 million on TV ads — nearly $6 million more than the candidate himself spent.