Accessibility links
TV Networks Hope To Lure Advertisers At Annual 'Upfronts' This week, networks present their new fall shows and strategies at the annual upfronts, in the hopes of raking in an estimated $9 billion from advertisers. Reboots and remakes are prominent this year. 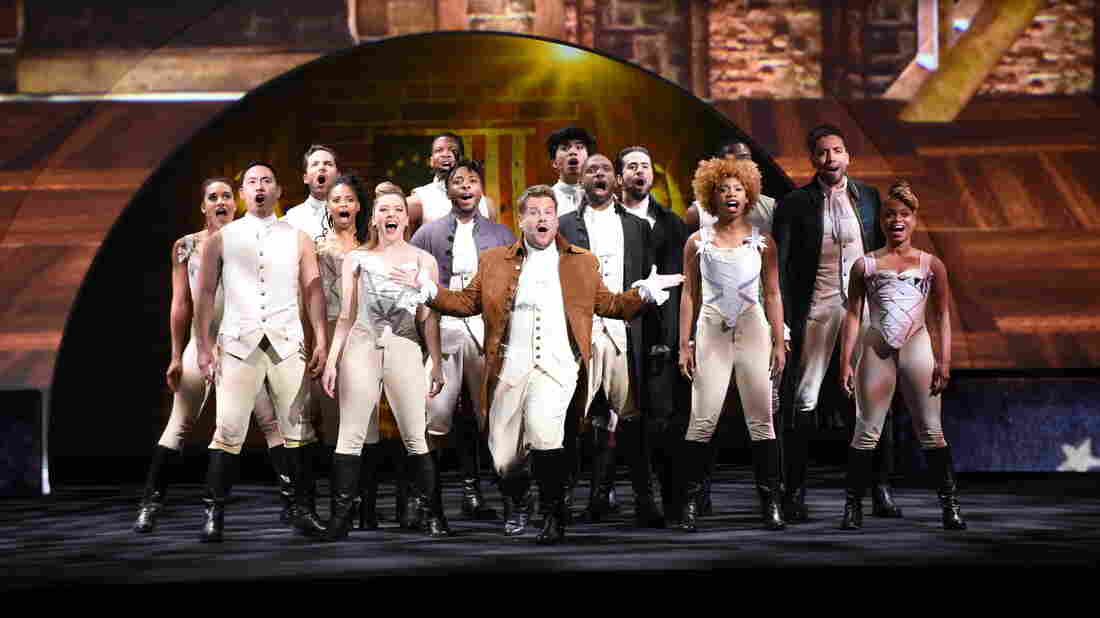 The Late Late Show host James Corden performs in a Hamilton parody, as CBS and other networks present their fall lineups at this year's upfronts. CBS Photo Archive/CBS via Getty Images hide caption 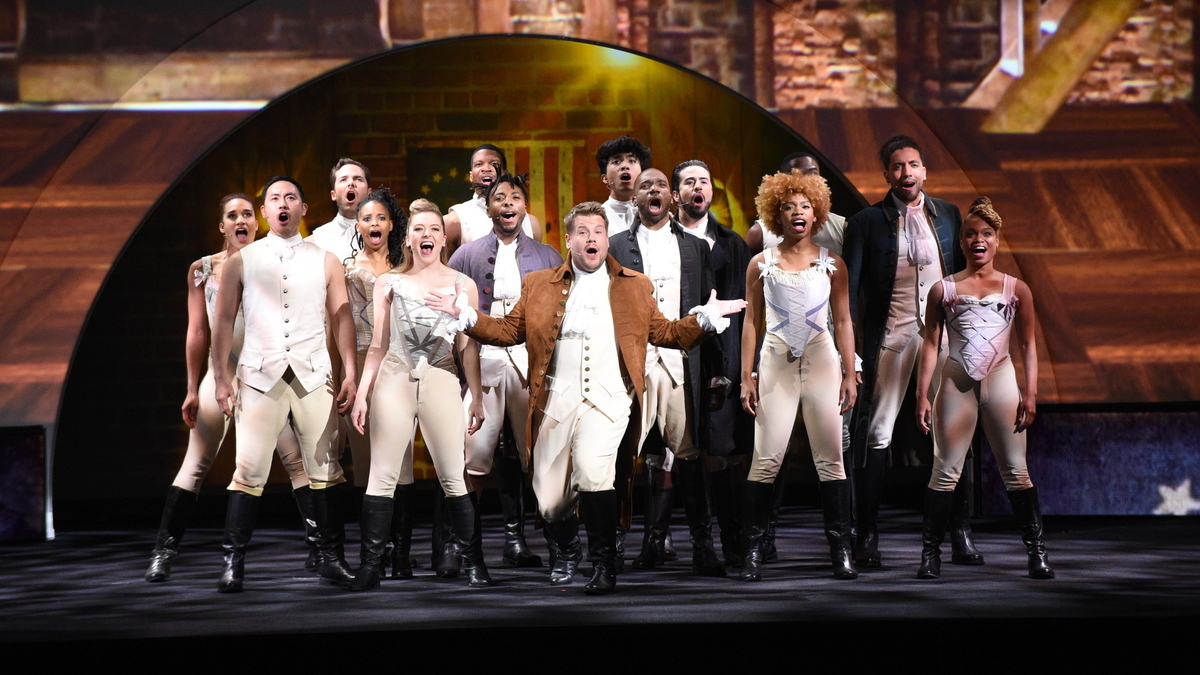 The Late Late Show host James Corden performs in a Hamilton parody, as CBS and other networks present their fall lineups at this year's upfronts.

Corden wasn't widely known in America until he took over The Late Late Show last year and his carpool karaoke segments turned him into a viral sensation. As he twisted lyrics from the hit musical about Founding Father Alexander Hamilton into jokes about selling ads — "We just want your Hamiltons," he rapped at one point — Corden became a symbol for how TV can turn a fresh spin on an old story into serious money.

There's always a tension here: broadcasters are caught between their need to look like they're presenting the future of TV in a world filled with Netflixes and Hulus, and advertisers' needs for predictable, low-risk places to spend their ad dollars.

Corden's performance was part of a series of big budget presentations, cocktail parties and schmoozy get-togethers that fill network TV's upfront week, where broadcasters roll out trailers for their new shows next season and ask for an estimated total of $9 billion in advance sales for commercials.

There's always a tension here: Broadcasters are caught between their need to look like they're presenting the future of TV in a world filled with Netflixes and Hulus, and advertisers' needs for predictable, low-risk places to spend their ad dollars.

Fresh concepts work best. That's why a show like Fox's Empire, filled with up-and-coming talent on a show developed by an executive producer who hadn't created a TV show before, could emerge as last TV season's biggest hit.

But it is tougher to sell a new concept than a familiar one, and easier to hype big stars than rising ones. So there's lots of talk at this year's upfronts about new takes on old series like 24 and MacGyver, along with new shows featuring Ted Danson, Matt LeBlanc, Geena Davis and Kiefer Sutherland.

After a few days soaking up the spin in Manhattan, here's a few trends which stick out:

Remakes and Reboots Rule — But Why? There's a long list of new shows coming next TV season that are updated versions of old movies or TV shows. CBS has MacGuyver and Training Day, The CW has Frequency, Fox is redoing 24, Prison Break, The Exorcist and Lethal Weapon, while NBC is trying Taken and a version of the Wizard of Oz called Emerald City.

The problem: many similar attempts to revamp old franchises failed last TV season. ABC canceled The Muppets after one embarrassing season and moved its all-black take on Uncle Buck to summer. CBS canceled its version on Rush Hour and hasn't yet figured out what to do with a series based on Limitless. Fox dumped Minority Report, while NBC canceled Heroes: Reborn and never aired its much-hyped reboot of '90s sitcom Coach.

There have been some successes. Fox's revival of 24 with original star Kiefer Sutherland worked, as did its return to The X-Files. But both of those shows were limited series created as special events. Of course, when a network owns the intellectual property it's reviving, as CBS does with MacGyver, the motivations become clearer.

"There is a great interest in the character of MacGyver, and the idea of MacGyver," said Glenn Geller, CBS's new entertainment president, noting that the reboot's executive producer also rebooted Hawaii Five-O for CBS back in 2010. "Individual titles ... it's hard to say ... I don't think you can lump everything into one example or genre and say it's not working. It depends on the individual shows."

In a fragmented TV landscape filled with new shows, powerful brand names are important. But it gets tougher to make the case that you're focused on TV's future, when your broadcast schedule is filled with names from TV's past.

Guys Take Over at CBS. On Wednesday, the network revealed eight new shows for the next TV season — seven of them feature men as the lead characters, including a revival of the old "schlubby guys with hot wives" comedy trope in series featuring Kevin James and Matt LeBlanc. This also comes in a year where CBS ended The Good Wife after eight seasons, moved Supergirl to The CW and passed on developing a Nancy Drew series.

They do have one new show planned for midseason featuring Katherine Heigl and Laverne Cox, but given the imbalance of women in TV and film roles already — and that women typically watch more TV than men — this turn toward men seems odd.

Time Travel and Tech Billionaires. Every TV season it seems the networks jump on the same stories at the same time. This year, ABC, The CW, Fox and NBC all each have high-profile series in which time travel plays an important part — from ABC's Time After Time, a drama about H.G. Wells traveling to the present to chase Jack the Ripper, to Fox's Making History, which feels like a TV version of Hot Tub Time Machine.

Both feel a little like Tony Stark-meets-The Social Network; another case of network television trying to look like it's facing forward, when it's really rehashing the recent past.