Accessibility links
Female Students Flip The Script For 'Neighbors 2: Sorority Rising' The follow-up to the successful film about a couple menaced by a nearby frat house does an interesting gender reversal as girls rebel against a rule that prevents them from holding their own parties. 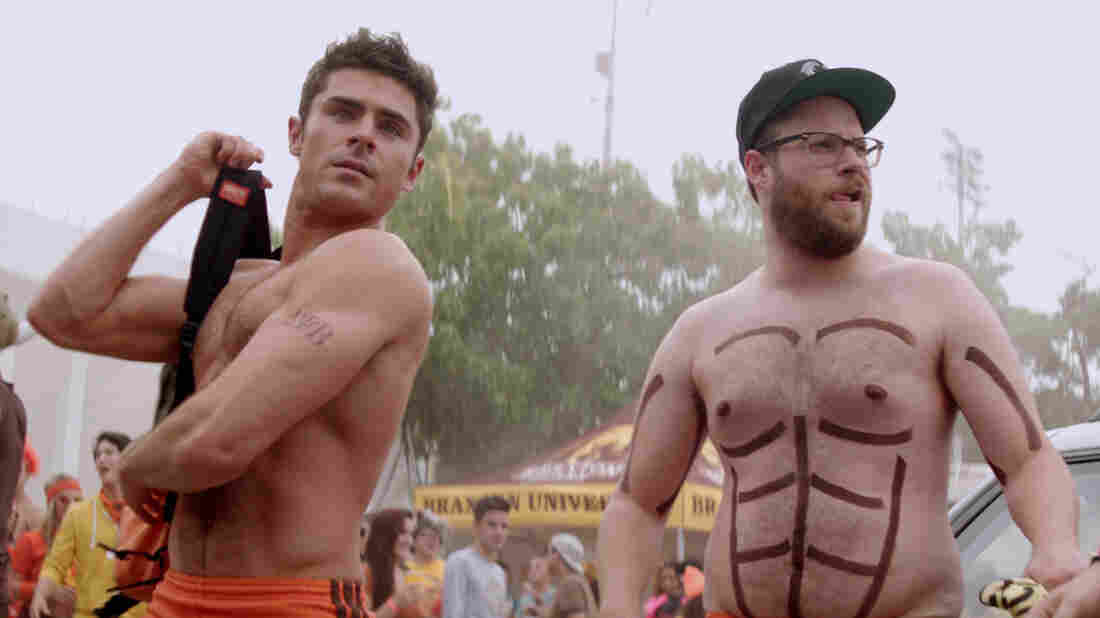 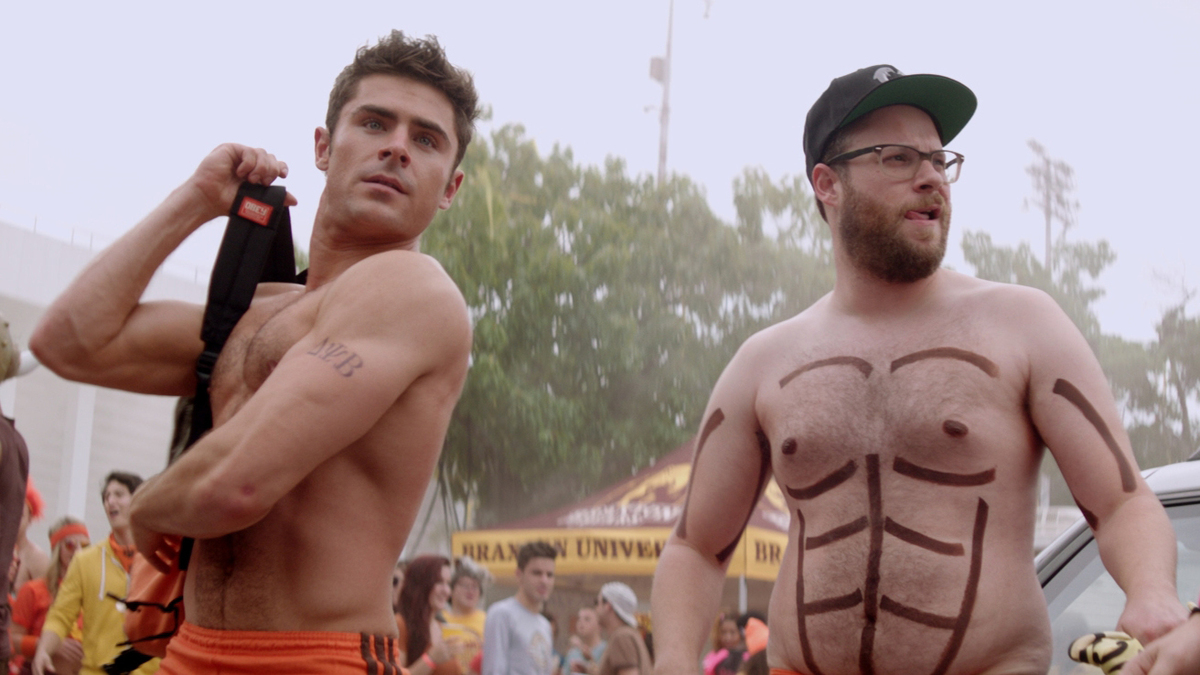 Neighbors 2: Sorority Rising is likely the first college comedy to show a frat party from a woman's perspective, and it is scary. The young sorority pledges trudge reluctantly through a creepy house infected by unsupervised male id, trying to avoid the grabby hands and drink offerings of their leering hosts. "I'm getting a really rape-y vibe," one of the girls says, as neon signs leading to the bedrooms read "Stairway to Heaven" and "No Means Yes." But three disgusted freshmen, played by Chloë Grace Moretz, Kiersey Clemons, and Beanie Feldstein, decide to build their own heaven instead: by launching an off-campus house where they can throw their own parties.

In the two short years since the original Neighbors pitted one of those old-school National Lampoon movie fraternities against new parents played by Seth Rogen and Rose Byrne, there's been a sea change in popular culture's view of Greek life. Much of that may be due to increased exposure of the sexual assault epidemic on American campuses, including how dangerous some frat parties have become for women. When one character instructs another to "never drink the punch," like it's a well-known fact of life, it could be a line from The Hunting Ground.

This is a really grim way to set the table for a movie where a shirtless Rogen sprints through a tailgate with a garbage bag full of marijuana. But one of Neighbors 2's unexpected charms is that it touches on such issues without trivializing them. The film's turning point is the (very real) fact that the National Panhellenic Conference bans U.S. sorority chapters from consuming alcohol in their own houses. The girls' plan to rent the house formerly occupied by Zac Efron's frat crew for partying purposes is an approach that could help curb campus rape in real life. But it's nevertheless bad news for the Radners next door (Rogen and Byrne), who have a little girl with another on the way, and who have just sold their house in escrow and need to keep shenanigans at bay for 30 days until they can close the deal.

And so, another generation-gap rivalry begins. The girls refuse to rein in their parties, and they are aided at first by Efron's Teddy, former campus king turned purposeless mid-twenties sad sack. (It's heartening to find that Van Wilder-style perma-collegedom is no longer something to be emulated.) A running theme throughout the escalating neighbor wars is parenthood: The Radners look at the undisciplined girls next door and see their daughters in the future, when they no longer will want anything to do with the "old people" telling them how to have fun.

But this half-hearted attempt to discuss maturation is second to the film's true purpose: gender-flipping all the first movie's jokes about rowdy college kids. Lazy? Maybe, but in a Hollywood starving for female-fronted movies of any stripe, it still qualifies as revolutionary. The approach allows the women to be instruments of comedy, rather than targets of it. Condom jokes become tampon jokes, with the sisters verbally challenging the idea that what they're doing is any more disgusting. When Moretz's character loses her virginity, we never even see the partner, or the act; we only see the celebration her sisters throw for her (the women have good onscreen chemistry, even if they never distinguish themselves as individual characters). And there are long discussions over what does and does not constitute sexism, which get more laughs than anything Rogen does with his dad bod for the upteenth time.

As was true of the first Neighbors, this film's construction is rather sloppy. The running gags involving small children don't work, characters blab tons of semi-improvised filler, and the overall look is cheap. The script also lacks the sense of pushing a concept to the outer limits that Rogen and co-writer Evan Goldberg pulled off so well in Superbad and This Is The End. (They are two of five credited writers, all male; the director is Nicholas Stoller, who also helmed the first Neighbors and the under-appreciated The Five-Year Engagement.) But the deck is stacked with ace comic performers like Byrne, who does a splendid morning-sickness puke, and Efron, making his hunky boyishness the butt of every joke.

And at only 92 minutes, the film's hurry to rush through its plethora of characters becomes a strength, because we don't have enough time to get bored by any one scene. The set pieces may be thin, but they show flickers of genuine warmth. "Let's do what parents do better than anything: Stop young people from having fun," Rogen yells as a rallying cry. But the women of Neighbors 2, for once, don't have to stop.