Accessibility links
At 80, Carla Bley Keeps Looking Toward The Next Composition The pianist and composer, a force on the jazz scene for 50 years, celebrated her 80th birthday with a gala concert and new album — and she has another album on the way. 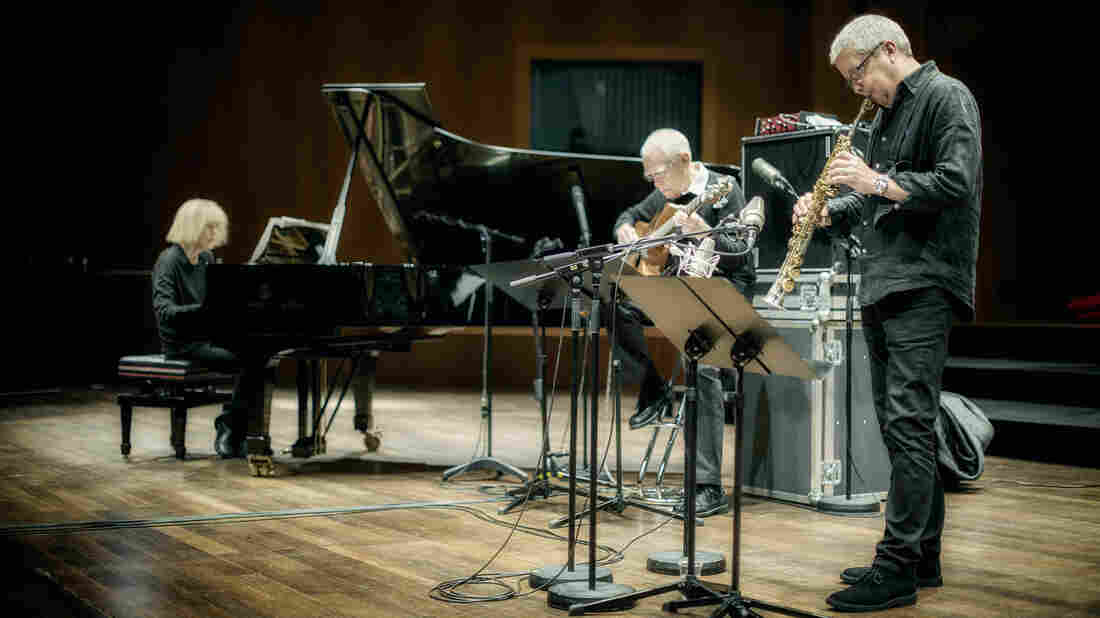 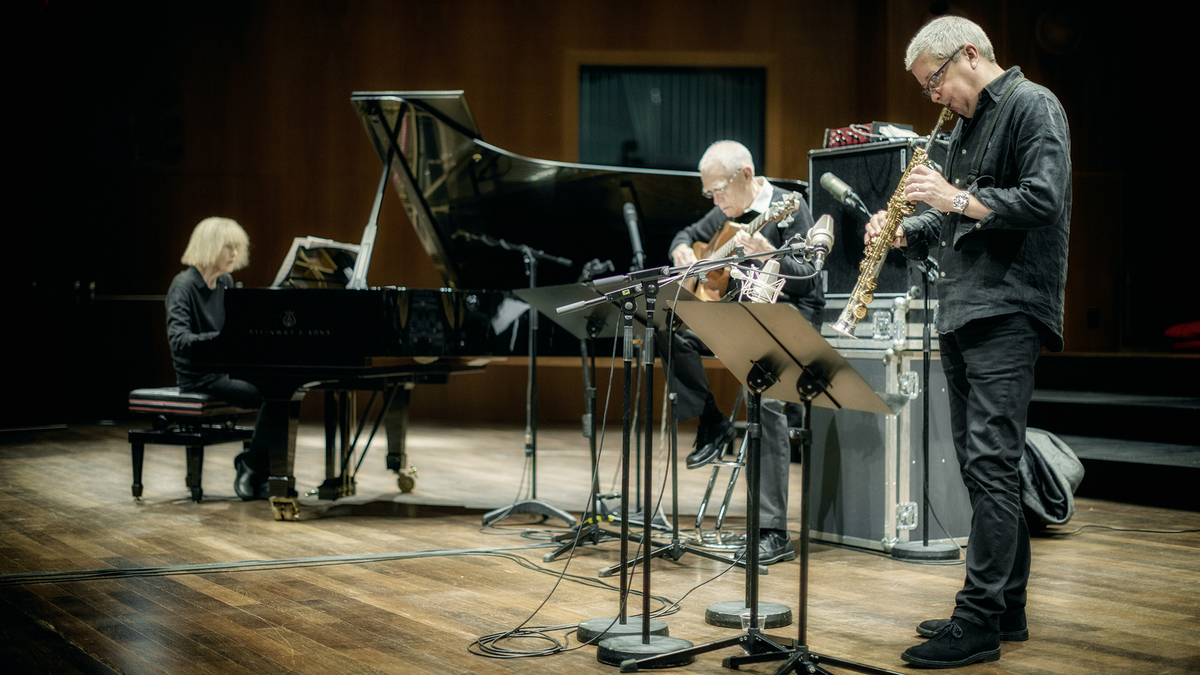 On May 11, Carla Bley celebrated her 80th birthday with a concert in New York. She could have played any of her compositions that have become jazz standards, or a piece from her new record. But Bley did something riskier: an untested piece she'd only just finished. "This was the perfect opportunity to play it," she says plainly.

Recognized last year as a Jazz Master by the National Endowment for the Arts, Bley is one of few women to have exerted a consistent influence on the male-dominated world of modern jazz for half a century. She was 3 years old when she learned to play piano from her father, who was a piano teacher and choirmaster in Oakland, Calif. Bley remembers writing her first piece of music for her father when she was only 6.

"He gave me a sheet of music paper," she says, "and he said, 'You just put dots. And depending on where you put the dots, that's the note you're gonna hear.' So the next lesson I showed up with the page full of dots. It was like a starry sky. And he said, 'That's too many dots.' So I took most of them away. And I'm still working on it, taking them away."

Bass player Steve Swallow has worked with Bley for 50 years. They've also been married for the last 30.

"Carla developed a very spare, pared down kind of writing," he says. "This is perfect for the improviser, because then the improviser can take that and add back again what has been taken away. It's a perfect symbiotic relationship."

Bley was 17 when she moved to New York, lured by the jazz she'd heard on the radio and in clubs in California.

"It was just, really, the devil's music — and boy, was that great." she says. "As a little church girl, I was in heaven."

Bley arrived in New York in the mid-1950s when she arrived, and took menial jobs at local jazz joints so she could hear the music. She remembers in particular her gig as a cigarette girl at Birdland.

"I would stand right in front of the bandstand and hear all the great bands, all the great musicians — and sold very few cigarettes," she says. "If someone asked me for a pack of Luckies, I would say, 'Wait until the intermission.' I was not a good cigarette girl."

But Bley's larger career was just getting started. Her big breakout as a composer was a sprawling 1971 jazz opera called Escalator Over the Hill that involved dozens of musicians, including Jack Bruce, Charlie Haden, Paul Motian and Linda Ronstadt.

"She's always got a smile on her face while she's directing these huge bands of these amazing players," says Amy Beal, a music professor at the University of California, Santa Cruz. She wrote a book about Carla Bley, and says you shouldn't let the high-wattage smile fool you.

"She's very, very clear about what she wants," she says. "I don't see her making compromises at all. And I think she's been able to do that somehow by force of her personality, and the strength of her music."

Bley composed and arranged for Charlie Haden's Liberation Music Orchestra, and led her own big band. But for the last 20 years, she has mostly settled down into a smaller group: a trio with Swallow on bass and saxophonist Andy Sheppard. Bley insists she's not a natural performer.

"The playing thing happened really reluctantly and slowly," she says. "There were a lot of players out there. Why did I have to play? I was a writer."

She credits her husband with teaching her how to become a piano player, but he politely disagrees.

"Actually, that's an overstatement," Swallow says. "She's always spent a great deal of time at the piano. But most of that time has been spent laboring mightily over what the next note is going to be. What I was doing was just kind of poking at her until she got a little faster at the process, that's all."

And her pace as a composer hasn't slowed down as she enters her ninth decade. Even though she's just released a new album, Bley's eyes really light up when she talks about her next project, which she'll record in a few weeks in Germany.

"It's big band and boys choir," she says. "I've gotten down to a trio, but I'm still trying to get this one last grandiose idea recorded."