Accessibility links
Sanders Campaign Now Embraces Superdelegates As Key To Nomination In a sharp contrast to earlier in the campaign, the Sanders team now hopes superdelegates will see him as the better Democratic candidate and support him ahead of the convention. 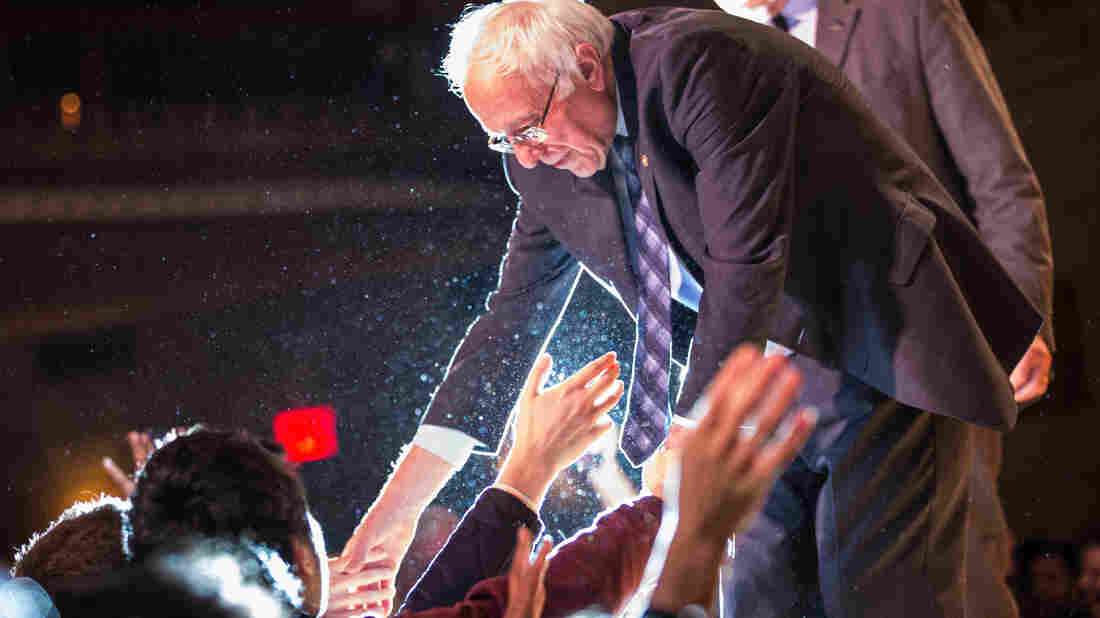 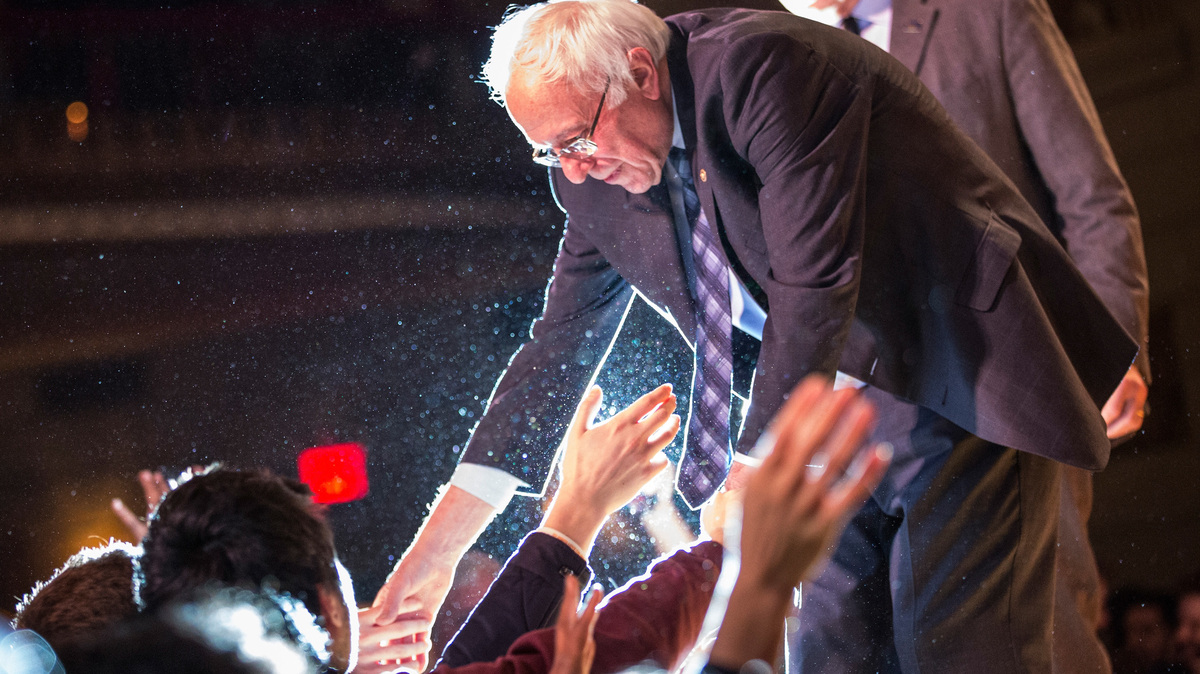 Despite badly lagging in the delegate count, Bernie Sanders' campaign manager told NPR the campaign believes Sanders can and will be the Democratic nominee by winning over superdelegates at the 11th hour.

"If we can substantially close the gap between Secretary Clinton and Sen. Sanders in terms of pledged delegates," Jeff Weaver told NPR's All Things Considered, "he can go into the convention with a substantial momentum from having won the vast, vast majority of states at the end of the process."

It's a sharp contrast from earlier in the campaign when Sanders supporters called superdelegates "undemocratic" and petitioned for them to support the candidate who has the most votes by the Democratic convention this July.

"When they get to the convention," Weaver continued, "nobody has the delegates to win with pledged delegates. It's going to be the superdelegates who are going to have to decide this."

Hillary Clinton is 90 delegates away from securing the nomination (including superdelegates). She is set to cross the threshold June 7 when six states vote, including California with a massive delegate haul of 475 pledged delegates.

Clinton leads by 274 pledged delegates and 760 overall. Sanders currently has the support of 39 superdelegates, while more than 500 have said they will back Clinton. (See the count here.)

"Now we can argue about the merits of having superdelegates," Weaver continued, "but we do have them. And if their role is just to rubber-stamp the pledged-delegate count then they really aren't needed. They're supposed to exercise independent judgment about who they think can lead the party forward to victory."

Weaver added that superdelegates don't vote until they actually go to the convention, and he considers their allegiances as movable as poll numbers.

If by the convention Sanders has "substantial momentum" and has substantially "closed the gap" in pledged delegates, Weaver said, "I think there's a strong argument to be made to superdelegates that they should take another look."

Weaver also argued that because Sanders has won several late primary states, he would have momentum going into the convention. In 2008, Obama lost nine of the last 12 contests, but still left the primary season with a pledged delegate lead over Clinton.

The Sanders campaign has had a rough week after chaos at the Nevada Democratic Convention stemming from Sanders supporters feeling they were being treated unfairly. Weaver insisted that was an isolated incident and that July's national convention will be a "peaceful, orderly process."

"To the extent that we have events outside, I can guarantee they will be peaceful rallies, just like the senator is having all over the country," Weaver said. "Our events will be the same as they've always been — upbeat, positive and talking about transformative change in the country."