Accessibility links
Do TV Attack Ads Work Anymore? Donald Trump says he's rewritten the rules of media coverage and political advertising — he points to his primary victories. We examine whether that might be the case in the general election as well. 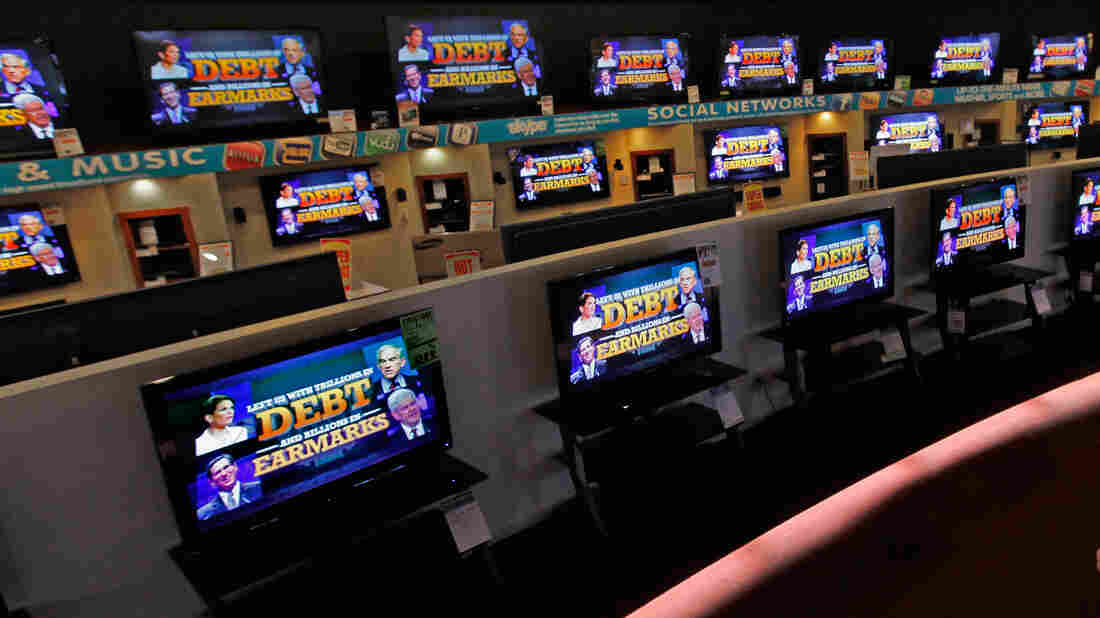 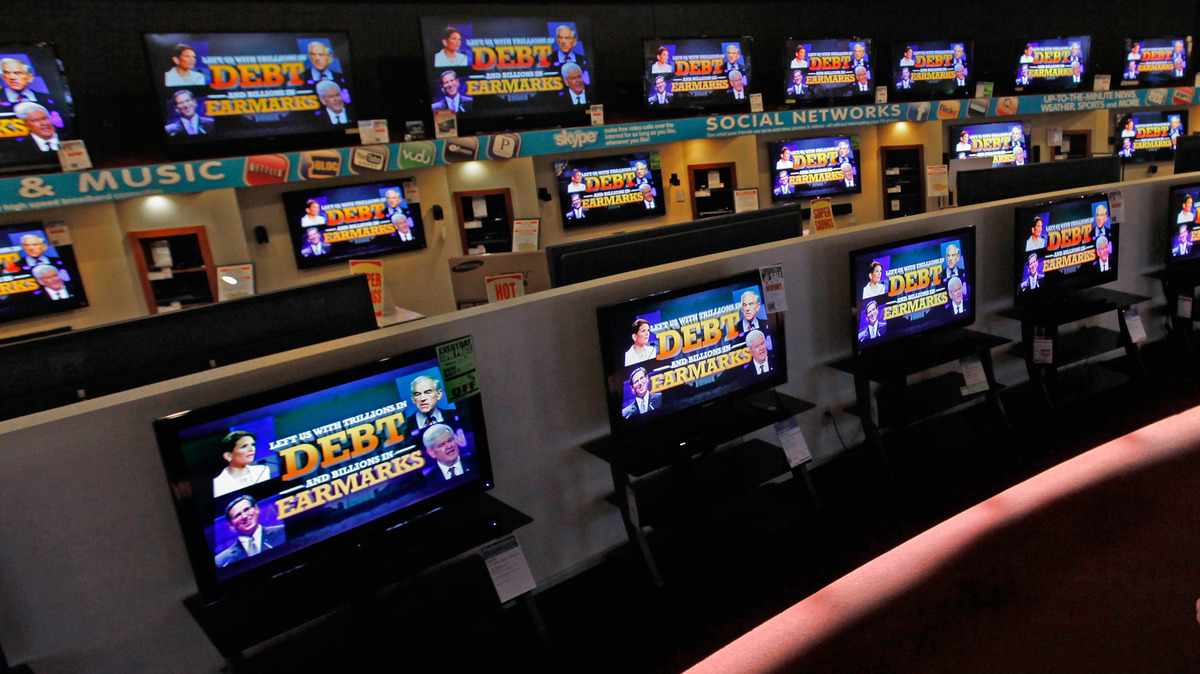 Televisions display a political ad from 2011 in Iowa.

The first big T.V. advertising battle of the 2016 election is just beginning. Priorities USA, the big pro-Hillary Clinton superPAC began spending what it says will be $136 million on political ads.

Those ads may go a long way toward answering one of the biggest questions of this cycle: Is Donald Trump immune to negative advertising?

There's no doubt that Trump has broken lots of political rules and, so far at least, paid no price at all.

His new campaign chairman Paul Manafort says that Trump understood how to use "earned media" — otherwise known as news coverage — instead of paid media.

"Instead of using 30 second spots," Manafort told MSNBC, "he had a dialogue with the American people through the media and his campaign appearances."

Indeed, Trump was interviewed and covered so obsessively by cable and broadcast television that he simply overwhelmed the negative advertising against him. His conversation with voters also happened on social media, where he dominated during the primaries through his Twitter and Instagram posts.

Trump himself often boasts about how much money was spent against him — to no avail.

He spent about $20 million on political ads during the primaries while his opponents spent more than twice that much against him.

"You almost say, do ads mean anything?" Trump said after winning the N.Y. primary. "I think we're going to hurt the industry pretty much because people are going to say, 'What does an ad mean?'"

Now its Clinton's turn to see if she can do better than Trump's Republican opponents. Tim Miller, who ran one of the anti-Trump superPACs, thinks the Clinton campaign has some advantages the Never Trumpers didn't.

"She can go out and target specific groups — Hispanics, college-educated women, African Americans who are going to be very motivated to go against Trump," Miller said.

Targeting is the big innovation in political advertising. It predates 2016 but this year it will become even more precise and even more far-reaching.

Campaigns still spend the lion's share of their budgets on TV but each cycle they're spending more and more placing video content on digital media — which can be aimed like a laser beam at key voter groups. And compared to Republican primary voters, general election voters are younger, more diverse and more female — the kind of voters who get a lot of their information online and from social media.

And these voters still know very little about Trump, despite all his airtime and online presence.

Republican admaker Ashley O'Connor says that the Clinton campaign coming in with a sizable warchest and trying to define Trump early, the way Prioroties USA is doing, could have a real impact.

"The question," said O'Connor, "is what will Donald Trump do to respond?"

Eventually Trump too will advertise but his campaign has not yet reserved big chunks of ad time anywhere — although the Republican National Committee says it has reserved $150 million in digital advertising.

Trump himself has expressed skepticism about a modern, data-driven campaign. He told the AP that he thought that approach to reaching voters was "overrated."

Elizabeth Wilner at the Kantar Campaign Media Analysis group expects Clinton to have the "most smartly run presidential effort according to the rule book ever."

Meanwhile, Trump will continue to tweet and hold big rallies.

The outcome of this contest between Clinton's approach and Trump's will determine whether he has, in fact, rewritten the rules.

And we should have some real time results from this contest pretty soon.

"If you want to see the Godzilla versus King Kong battle of free media vs. paid media," said Ken Goldstein, a political scientist st the University of San Francisco, "just watch what happens to Trump's numbers with swing voters in swing states."

That will give us a clue about whether T.V. advertising works against Donald Trump or not.