Accessibility links
Making Democrats' Primaries More Open Could Be Harder Than You Think Bernie Sanders has made it clear he doesn't like closed presidential primaries. Making big changes to the system may be tough to do, though. 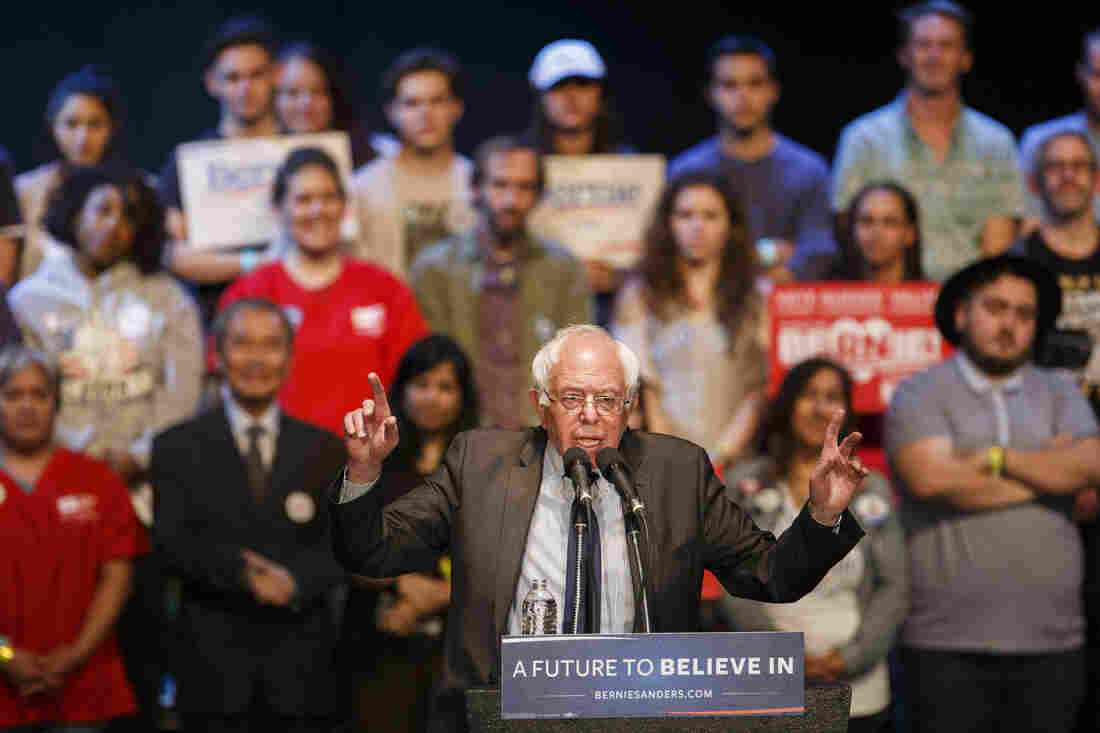 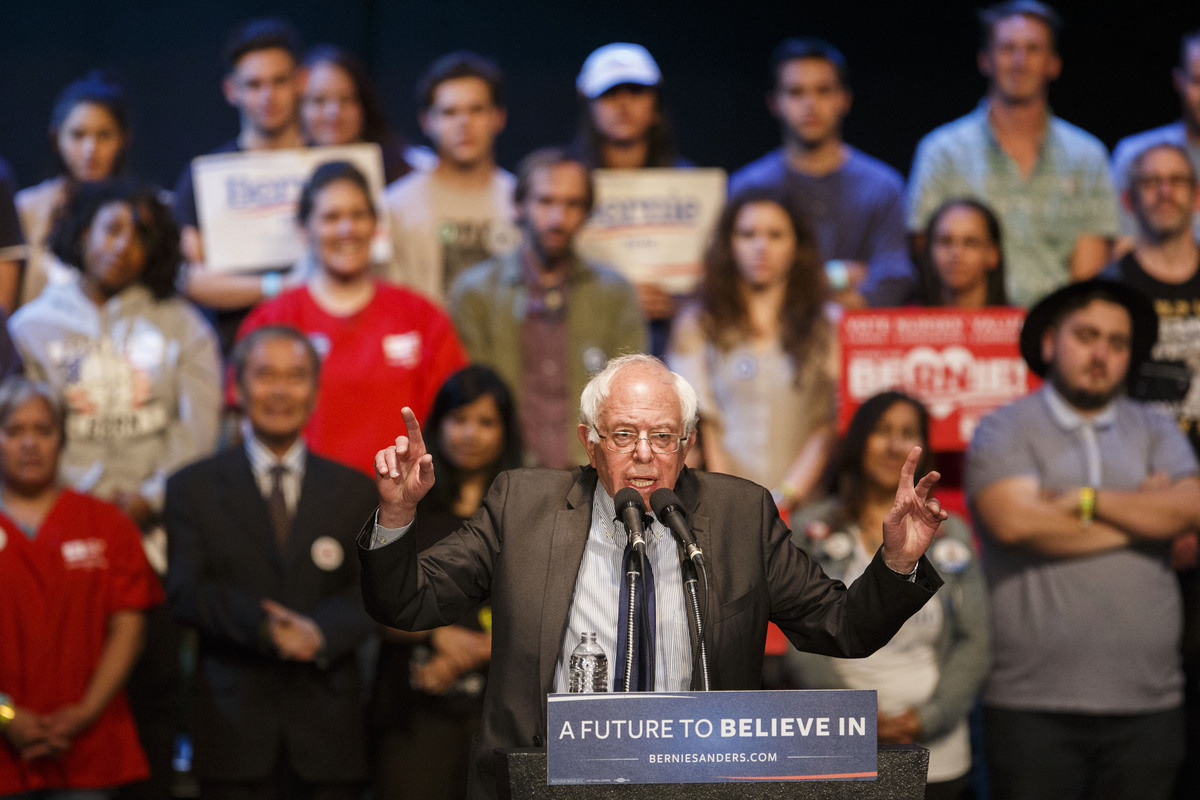 Sen. Bernie Sanders, an independent from Vermont, speaks during a campaign event in Los Angeles, Calif., on March 23.

As the Democrats' primary process begins to wind down, the big question on a lot of people's mind is, what does Bernie Sanders want?

The Vermont senator now has a lot of clout within the Democratic Party, and is in the position to demand some changes.

One thing Sanders has voiced concerns about is how Democrats vote for president: He's made it clear he doesn't like closed primaries, where only Democrats can vote.

Neither do Sanders supporters. When Sanders mentioned during a primary night rally this week that Kentucky is "a closed primary, something I am not all that enthusiastic about, where independents are not allowed to vote," the California crowd roared to life with boos.

So, perhaps Sanders will make a push the party to embrace open primaries at the Democratic National Convention this summer.

There are electoral stakes here. All year, Sanders has done better in contests where independents, or even registered Republicans, were allowed to participate.

(Of course, Sanders has also done well in caucuses, which are very closed and very limited, compared to statewide primaries.)

There's a big philosophical split to consider, too. University of Denver political scientist Seth Masket said a lot depends on how you view the main function of a primary.

"Is a primary just an election that your tax dollars are paying for, and that helps determine who our leaders are?" he said. "And if so, you tend to think, 'sure, all of us should be allowed to participate in that.' "

Masket said the other way to view a primary is as a political party making its most important decision: whom to choose for its nominee.

"If that's what it is, well then, really shouldn't people who are members of that party be the ones who make that decision?" he said.

There are four basic camps that existing primaries fit into. Open and closed are self-explanatory, and there are several different variations of hybrid primaries. Some states allow independents to vote in either the Democratic or Republican primary, but block party members from crossing over.

"Or, sometimes it may mean that an unaffiliated voter goes to a polling place, decides to vote in a party primary, and that choice of ballot then registers them with that party," said Dan Diorio, of the National Conference of State Legislatures.

The most open format out there is the type that California has: a top-two primary.

"Every registered voter has the same ballot in the primary. It has all the candidates in all the primaries on every ballot," said Kim Alexander, who heads the California Voter Foundation.

Voters can vote for any candidate they want in every race, and the top two finishers advance to November.

While a Democrat and Republican ended up facing each other in every statewide election in 2014, Alexander said the top-two system has shaken up many local races.

"We have seen a number of contests where, in the general election, you have a Democrat vs. Democrat, or occasionally a Republican vs. Republican. And that can make those contests more competitive," she said.

Of course, if you don't happen to be a member of the party with two candidates on the fall ballot, top-two may leave you feeling more excluded than a closed primary.

There is a big catch in California — the state's upcoming presidential primary is still partially closed. That could cause confusion for independent Sanders supporters, who will have to specifically ask for a separate Democratic ballot.

Sanders may ask for big changes to the primary system at the Democratic National Convention this summer. Seth Masket is skeptical that the party would push for national changes, but suggested what that might look like.

"They could put a lot of pressure on state parties to comply with that," he said. "They could say, look, if you still want your full share of delegates in the next election, you better sign onto this."

But elections are run by states, and most state legislatures don't seem to be too interested in changing their primaries.

About 50 bills are introduced across the country each year to change the process, according to the National Conference of State Legislatures, and most don't go anywhere — only one in ten bills affecting primary voting typically end up becoming law.

A push to give Colorado an open presidential primary, for instance, died in the state Senate earlier this month.

In fact, just one state legislature has changed how its primaries work in recent years, and Sanders fans wouldn't much care for it: Idaho went from an open system to a closed one.