Accessibility links
On The Ever-Present Trauma Of Rape: 'You Are Not Alone. Don't Give Up' More than 30 years after he says he was raped by a priest, Raymond Douglas wrote about his trauma. He hopes it will help more male victims to speak up and authorities to better address the issue. 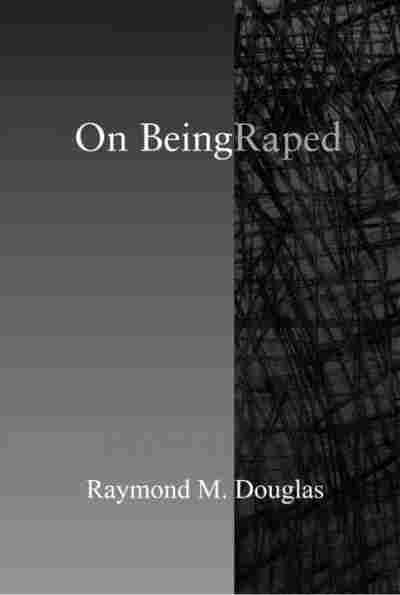 In the 1980s, Raymond Douglas had been living in Ireland when a priest invited him for a drink. This was not an invitation to partake in Holy Communion. Rather, the priest — whom Douglas, then 18, had come to know as the unofficial chaplain at his school — had invited Douglas out to a party.

While Douglas himself didn't imbibe any alcohol at the party, he recalls the man of the cloth certainly did. And, under the influence, the priest overpowered the student. Douglas says the priest then proceeded to rape him for more than four hours.

"I think it's that sort of thing that always will have a lasting impact," he says. "It is life-changing, there's no question about that."

And it is not simply Douglas who still bears this kind of experience. Rape of men, though not as widely reported as female victims, is not uncommon. In the U.S. alone, the Centers for Disease Control and Prevention reported in 2010 that nearly 1 in 71 men in America has been a victim of rape. That translates to almost 1.6 million victims.

At the time of Douglas' rape, he says a strict anti-sodomy law in Ireland discouraged him from reporting the crime to the police. According to the law, Douglas says, if the authorities didn't believe he'd fellated the priest under duress — meaning, being choked and punched so hard in the head his peripheral vision vanished — he and the priest might both be arrested.

Still, Douglas says he did go to church officials three times to report his experience, only to be brushed off.

Now a history professor at Colgate University, Douglas has written a book about his experiences, On Being Raped. He explains to Michel Martin why he felt he had to finally write it — and why now.

On what happened the night he was raped

[The priest] wouldn't stop drinking. We [schoolmates] were getting worried that he might get behind the wheel of his car and kill somebody, so we decided that somebody should stay with him and that somebody was me.

Shortly after everybody else did go, this individual who as I did not know at the time but subsequently learned was a serial sex offender proposed bluntly that I provide him with oral sex. We fought, I lost and the next four hours were unpleasant.

On why Douglas was hesitant to report the crime

Well, the principal reason was that my injuries were unimpressive. And being a young man in a blue-color job going up against one of God's anointed, I decided that the credibility balance probably wasn't going to be in my favor.

On what happened when he alerted church authorities

Well, I reported it first to a priest of the archdiocese. He started by giving me absolution for, as he put it, "whatever sins" I may have committed.

The second time, I wrote directly to the archbishop. He referred me to a diocesan official. I was interviewed by that official, who did precisely nothing. I learned much later that that official contacted the perpetrator and told him that there was nothing to worry about, that I was not the kind of person to kick up a fuss.

I'm sorry to say that that attitude has remained quite prevalent over the years. We really still haven't developed a vocabulary with which to describe or conceptualize attacks of this kind, and there's really nobody who's working on it.

Personally, putting him in prison would do little or nothing for me. He managed to beat the rap by the fact that he had blown out his liver through intense alcohol abuse.

On the quote from his book: "I adhere to the word victim rather than survivor in the same way that I have chosen to acknowledge what happened to me as rape rather than sexual assault."

Life does go on; it can be a rewarding and valuable life. I'm married to a wonderful woman, I have a wonderful daughter, I've had professional success.

On the other hand, there's a sort of triumphalist narrative in which the pain and the ugliness of the permanence of sexual violence gets sidetracked in favor of a feel-good narrative in which one goes through the period of victimhood and then emerges as a "survivor."

And one of the reasons that a lot of people are a little squishy about the word "survivor," is that it seems to imply that once you've attained that status, it's all done and dusted, it's all safely in the past. And for a huge number of people, it isn't and it won't be, it won't ever be.

On his advice to others who have been raped

The most important thing: You're not alone. There are so many more of us out here than you think. Don't give up.