Accessibility links
'Smoke' Author Dan Vyleta Keeps It Messy Dan Vyleta's new novel imagines a world where inner faults and sins are made visible by black smoke curling from bodies. He says his big, sprawling narratives were inspired by the works of Dickens. 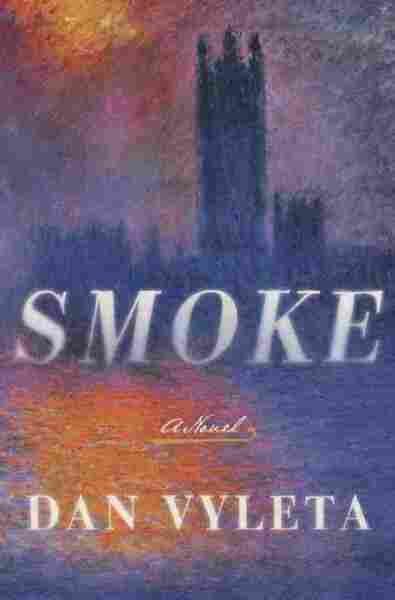 The river Avon is crowded: swans, boaters, a swimming dog or two. On the bank, an excited old man waves at each boat like a castaway sighting rescue.

Stratford is all pubs and thatched roofs and sweet shops, with its daytrippers and slightly suffocating, kitschified Shakespearean pedigree (I say that: I still contemplated buying an "Out, damn spot" novelty eraser). The author Dan Vyleta teaches in nearby Birmingham, but lives here with his partner, a literary translator. We're sitting on a bench on the opposite bank from the happy castaway, looking at the Avon.

Clean, green, and snug, Stratford feels far from the world of Vyleta's new book, which imagines a world where vice is made visible, where people's skin gives off clues to their character. The blacker the sin, the blacker the capital-S Smoke that curls out of nostrils and pores. London is the smoldering center of sin, where the lower classes live, breathing each other's Smoke, while the aristocrats keep to the country, away from its taint.

It's an image good enough to build a book on — a world where sin, even the thought of sin, causes Smoke literally to seep out of human pores. Some metaphors are live; they catch light in the brain. Smoke is saturating, but intangible. It curls, it drifts, it threads. It leaves evidence — soot, ash, dark smears. It's a promise. And a threat: fire. 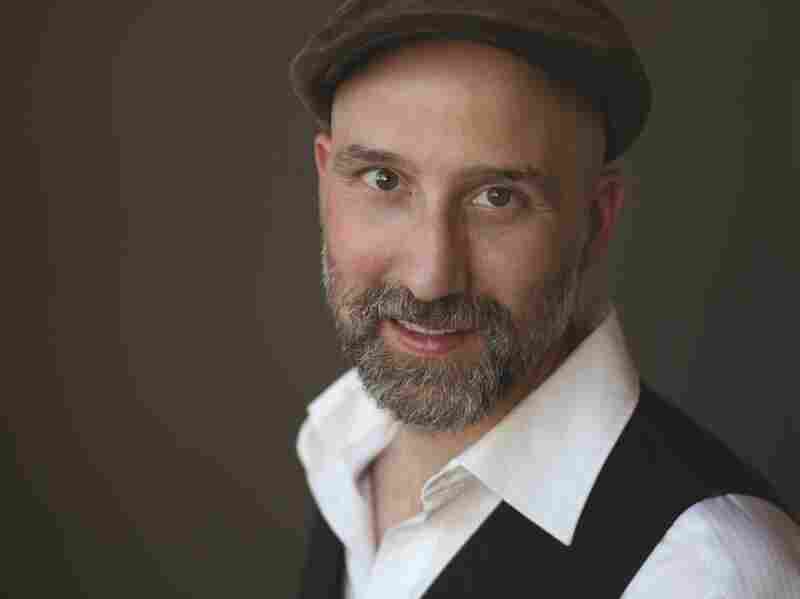 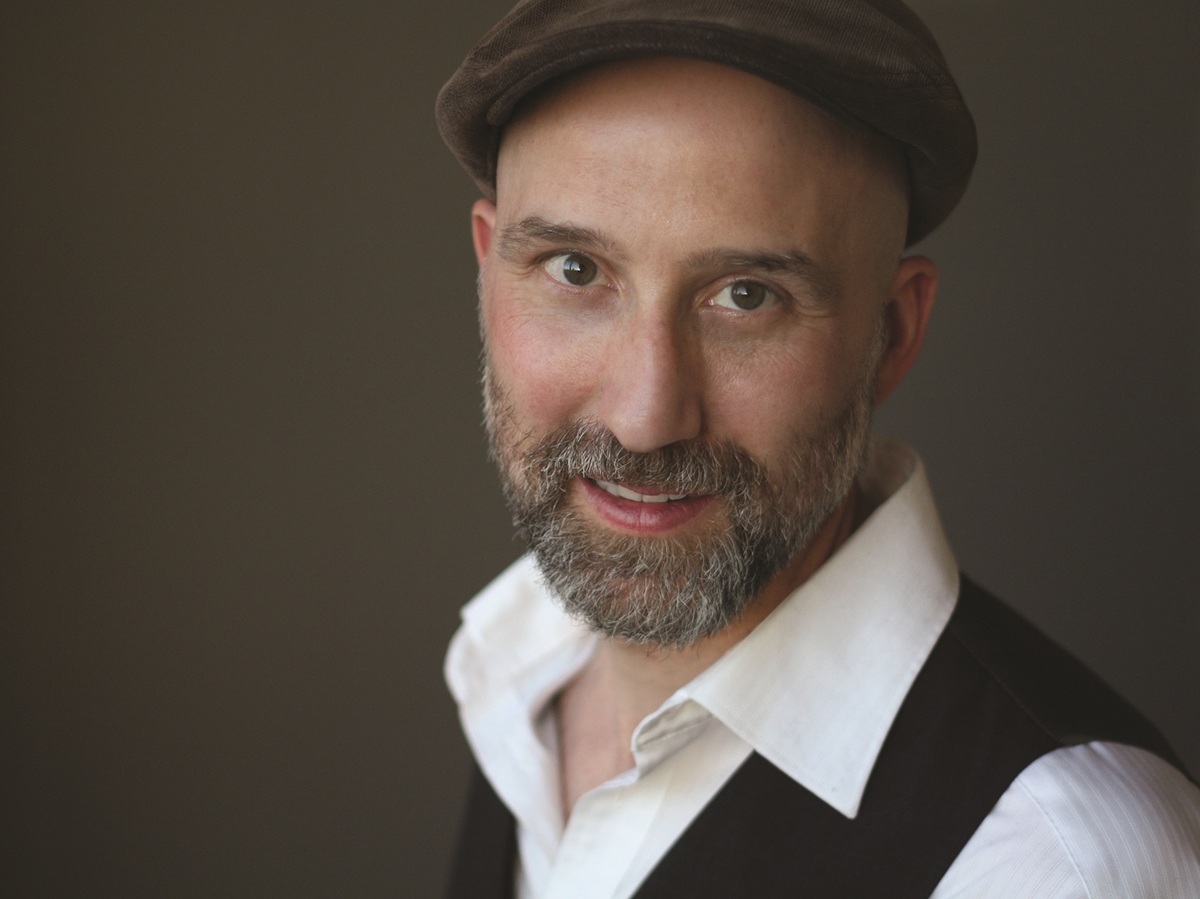 Dan Vyleta's new book Smoke imagines a world where vice is made visible, in the form of curling black Smoke.

Tall, a little stooped, with glasses and a newsboy cap, Dan Vyleta is excitable and kind. He wears a black leather jacket ("This was formerly white leather!" he says, gleefully) and speaks formal English with just a whiff of an accent. Vyleta's parents were Czech, but fled to Germany in 1968. Vyleta was sent to boarding school in Connecticut and then did his undergrad and PhD at Cambridge, so although English wasn't his first (or even second) language, he says his most important moments of self-understanding happened in it: "That moment when you say, [fiction] is more than entertainment, this is a way of exploring the world. That moment happened in English for me."

Vyleta wrote three intricate historical novels before Smoke, all, like Smoke, disorderly and long. He says it was the novels of Dickens, with their chaos, length, intricate subplotting, and unabashed sentimentality, that gave him permission to write however he wanted.

'Smoke' Is A Gloriously Murky Vision Of The Past

He remembers reading the scene in Dickens' Bleak House where a character suddenly spontaneously combusts — the horror of the soot hanging in the air, the "smouldering, suffocating vapour in the room and a dark, greasy coating on the walls." "Okay," he recalls saying to himself. "This means there are basically no rules to writing, because as a plot device, this is totally insane. A guy spontaneously combusts halfway through! I feel like Dickens is one of the places you go to go to school. You read it and you're like, 'None of this should work.' But it somehow all works." For Vyleta, not worrying about being tasteful or literary "lets you off the chain in a way."

Smoke is uncategorizable: it does not fit neatly into a genre. Vyleta says he, personally, doesn't like the idea of claiming any particular genre. "It's just too mechanical for me. If I knew the plot fully, I wouldn't want to write it. I think the sense of discovery, of the terrifying blankness of the page, the ability to surprise yourself, that the book wants to go somewhere else, would be gone."

The book was sparked by a passage from Dombey and Son, in which Dickens imagines seeing sickness hovering like a visible cloud in the air above London:

...if the noxious particles that rise from vitiated air were palpable to the sight, we should see them lowering in a dense black cloud above such haunts, and rolling slowly to corrupt the better portion of a town. But if a moral pestilence that rises with them...could be made discernable, too, how terrible the revelation! Then should we see depravity, impiety, drunkenness, theft, murder, and a long train of nameless sins against the natural affections and repulsions of mankind, overhanging the devoted spots, and creeping on, to blight the innocent and spread contagion among the pure.

I feel like Dickens is one of the places you go to go to school. You read it and you're like, 'None of this should work.' But it somehow all works.

"A gentleman never smokes," the children of the aristocracy are told in Smoke. Strict boarding schools discipline them into Smokelessness. But London, the belly of the working classes, smokes like a bonfire. Thus, the social order can't be argued with: The worthiness of the aristocracy is proclaimed by their clean white sleeves, and the poor trail their vice behind them in a cloud.

I want to know about that Smoke: What causes it, exactly? Passion? Sin? Feeling? Is it good or bad? "Look," Vyleta says. "It's a book now, and its yours as well as mine, and my answers may not always be the right ones. You can configure the evidence, so to speak, somewhat differently than I configure it, because the truth is I've configured it in three or four different ways."

Vyleta is cagey, a caginess that carries into his speech, which is littered with qualifying phrases: "in a sense," "you might say." His unwillingness to close off interpretations — his unwillingness, even, to claim to be the expert on his own book — points to a belief in fiction's wildness. "There's something humanistic in fiction, anti-totalitarian in its potential," he says. "I think...the messiness of these long forms is one of their strongest points."

Smoke proceeds from "strong instinctual drives," he eventually allows. "Another way of thinking about Smoke is: It is that bit of us that is animal." But Smoke itself is neither good nor bad; its precise qualities are less interesting to Vyleta than the way the people in his novel use it as a tool to enforce the social hierarchy. "It's about the seduction of a logic where you're told that your good fortune is your right." Smoke allows the rich to think, "I have a big house and a good salary, landed property, etc, but here I sit in my white shirt sleeves — I deserve it. Because I objectively am righteous. And these people, yes they live in misery, but objectively, they're dirty." 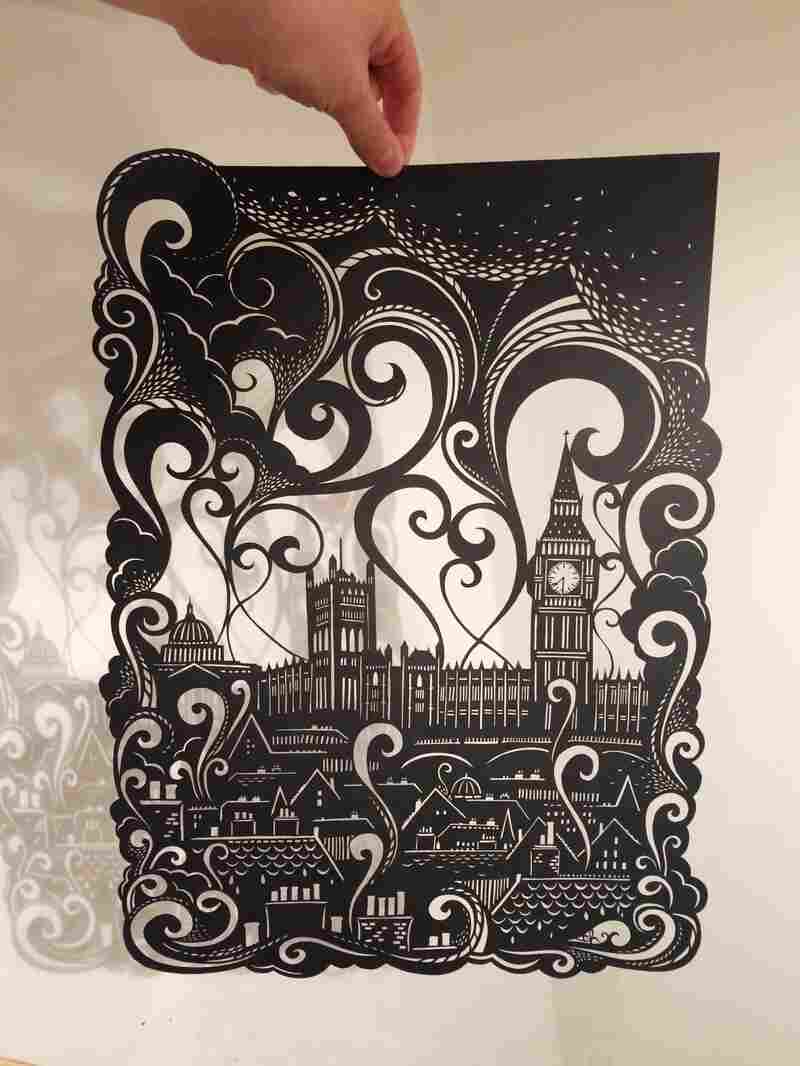 Artist Emily Hogarth created this paper cut based on the world of Smoke. Courtesy of Doubleday hide caption

Smoke is a mess of a book. It's long and untidy, the dialogue is implausible, the action bottlenecks about halfway through, but it works. It works because it feels psychologically true: Imagine the relief of being in the right, of all your microdecisions and weaknesses and passing thoughts being judged and found pure, of not having to bear the guilt of success at someone else's expense. Of deserving it.

"We tell ourselves stories in order to live," said Joan Didion, in a phrase that has since taken on a cheery "Yay books!" flavor, but has always to me seemed to hint at a more sinister and alarming truth — that we spend our days in self-justification, that in order to get through them we come up with palatable stories about ourselves and cling on for dear life. "It's very attractive, always in life to say: my stance has this total clarity," says Vyleta. "It would be such a relief, to come to the island of the just."

"I am grateful for the Smoke," one character thinks. "Imagine a world in which we err and nobody notices. Not even ourselves." Our world, in other words. But not quite; as Vyleta says, we read each other, we inhale each other. Our bodies give up our secrets. This, I think, is why Smoke feels like a true metaphor: Because we fear and desire discovery. Because we are always searching for some final, inarguable vindication. Because sometimes we're burning inside, even if we don't smoke.