Accessibility links
Donald Trump's First Official Fundraiser Included In Western Campaign Swing Donald Trump has said he doesn't need donors' money. But as he pivots to the general election, Trump is more focused on raising campaign cash — as well as polling and policy. 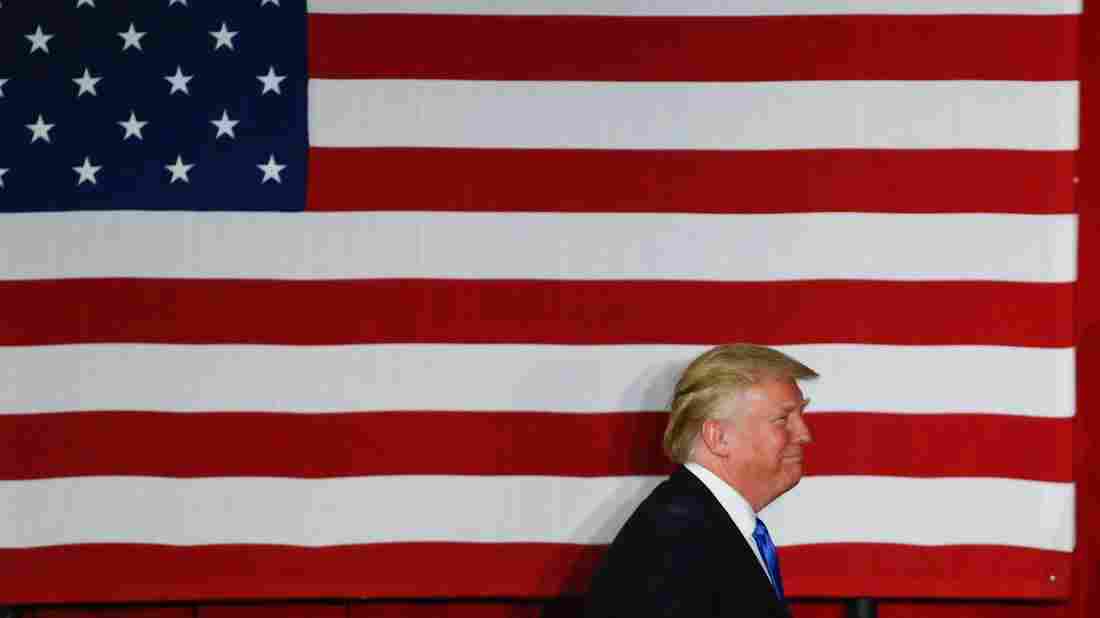 Donald Trump made a stop in Lawrenceville, N.J., last week and is heading out to several more states that vote on June 7. Eduardo Munoz Alvarez/AFP/Getty Images hide caption 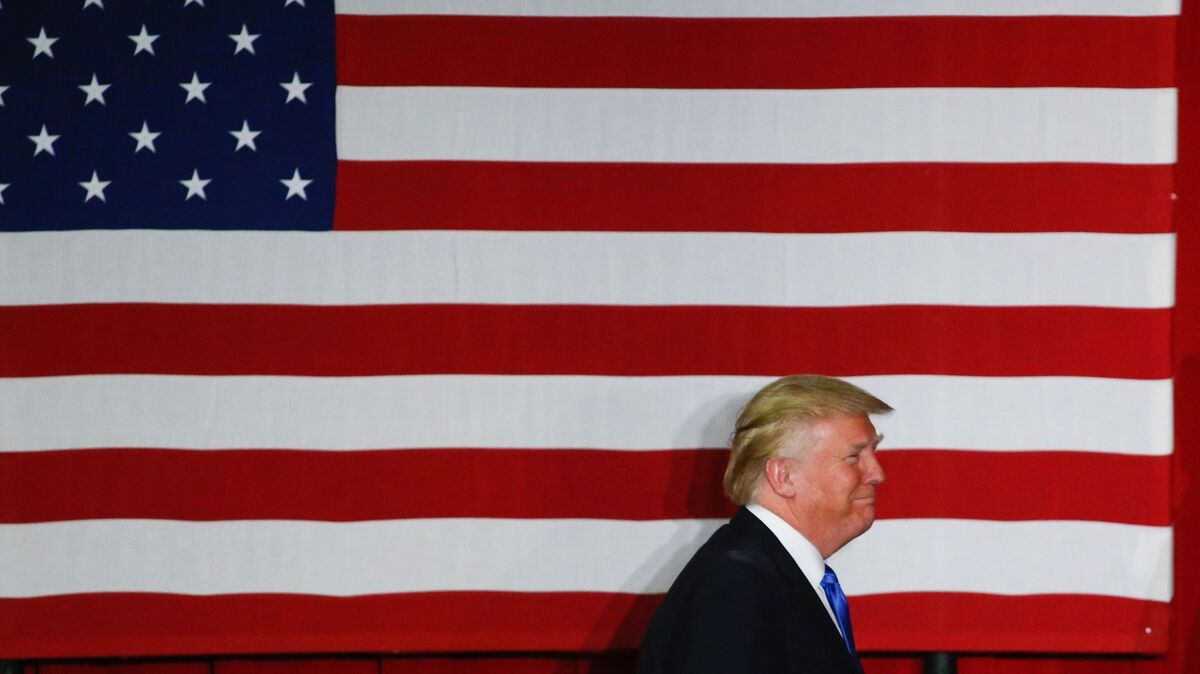 Donald Trump made a stop in Lawrenceville, N.J., last week and is heading out to several more states that vote on June 7.

Donald Trump has knocked out all of his rivals for the Republican nomination, but you wouldn't know it by looking at his campaign schedule.

The real estate developer is setting out on his biggest campaign swing since becoming the de facto nominee — and he's still focused on primary states. New Mexico, California, Montana aren't exactly general election battlegrounds, but they're all places where Trump is going this week.

"Obviously he's going to be the nominee anyway, but this keeps voter interest in the process. And it is the opening salvo for the general election," said Roger Stone, a Republican strategist who once worked for Trump. He had a messy exit from the campaign last summer, but says he remains loyal to Trump.

Stone put it this way: Trump got this far mostly by appealing to voters directly through mass media, without much help from pollsters or a traditional campaign apparatus.

"He won the nomination virtually by himself," Stone said. "Now, however, the campaign moves into a different phase in which you need some of these other tools, and the campaign, from my point of view, what they're doing is professionalizing."

Trump has hired longtime Republican pollster Tony Fabrizio to gather polling data that the campaign will use to map out its general election strategy.

Trump also holds his first fundraiser this week. He recently finalized a joint fundraising agreement with the Republican National Committee. That's a standard move for a presidential nominee but a departure for Trump, who has emphasized his independence from major donors during the primary cycle. He has often claimed, not entirely accurately, to be self-funding his campaign. But that's about to change as he heads into the general election.

As part of a larger move toward a greater focus on policy issues, Trump will discuss energy at a petroleum event in North Dakota. That follows a speech last week to the National Rifle Association's annual meeting in Kentucky and the foreign policy address Trump delivered in Washington last month.

Bruce Haynes, a Republican consultant with Purple Strategies, said Trump is taking needed steps to prepare for the general election.

"He has an objective ... which is to continue to prove himself to the doubters in the Republican Party who are concerned about his demeanor, who are concerned about his grasp of the issues. So Donald Trump is still running to unify the Republican Party, to bring it together and to validate himself as a serious candidate for president in the eyes of many people," Haynes said.

Haynes said that campaigning in places like California, where Hillary Clinton and Bernie Sanders are still locked in a heated primary fight, gives Trump the chance to portray himself as a unifying figure.

"This is the opposite narrative that many people had predicted a few months ago in this race, and that's a good story for Donald Trump and the Republicans. And his presence out on the trail just feeds that story," he said.

Haynes said the swing also gives Trump a chance to collect data from supporters along the way to use for mobilization and fundraising.

As Trump has mostly laid low over the past couple of weeks, there have been many headlines about his campaign as it transforms for the general election. A four-day campaign swing will instead put the candidate and his message firmly in the spotlight.