Accessibility links
Donald Trump Has Been Attacking The Scandals Of The 1990s The scandals of the 1990s are back as presumptive GOP presidential nominee Donald Trump dubs likely Democratic nominee Hillary Clinton an enabler of her husband's extramarital affairs. 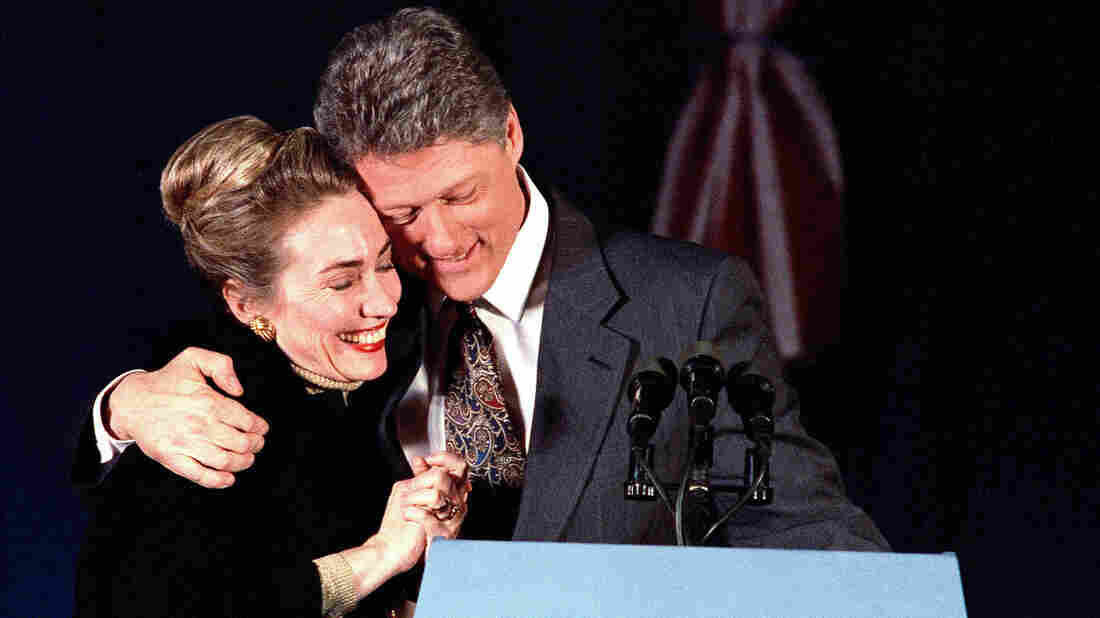 Donald Trump has been attacking Hillary Clinton for scandals of the 1990s, including her husband's infidelities. Ron Frehm/AP hide caption 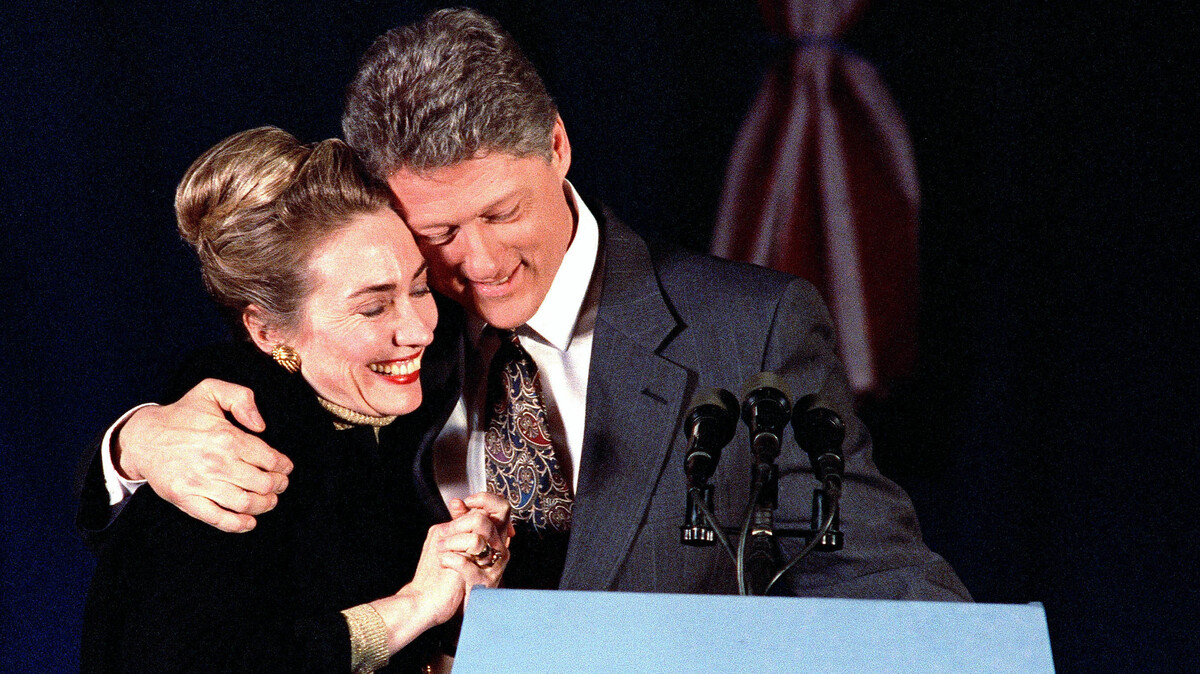 Donald Trump has been attacking Hillary Clinton for scandals of the 1990s, including her husband's infidelities.

For months Donald Trump has been saying that he planned to attack Hillary Clinton for the sex scandals that embroiled her husband's presidency in the '90s. He has said she "enabled" her husband's infidelities and "hurt" the women who were his accusers, although he hasn't offered any evidence of how she did that.

Trump told the Washington Post that he "will play at whatever level I have to play at," and this week he took this line of attack to a new level. He uploaded an Instagram video with a picture of Bill Clinton chomping a cigar while a voice track plays of Juanita Broaddrick, who in 1999 accused Bill Clinton of assaulting her two decades earlier.

The ad ends with a wicked-witch cackle of laughter (Hillary Clinton of course, but from a completely unrelated event) and a kicker — "Is Hillary really protecting women?"

Trump's campaign co-chair Sam Clovis went on TV to ask why Hillary Clinton "couldn't control the sexual predation in her own home."

The big question is this: Will re-litigating Clinton sex scandals today be as ineffective as litigating them was in the '90s? They didn't prevent Hillary Clinton from being elected to the Senate or Bill Clinton from leaving office with sky-high approval ratings.

Clinton's campaign advisers say they are confident that reactions will be the same today. They say women will reject the accusation that Clinton "enabled" her husband's infidelities. Even Republicans warn the attacks about the Clinton sex scandals could backfire on Trump, as they backfired on Bill Clinton's Republican opponents back in the '90s.

Democratic pollster Anna Greenberg thinks that the "ironic impact is to make her more sympathetic. Women react very poorly to these kinds of guilt-by-association attacks."

But other pollsters think the reaction of female voters today might be different and more of a problem. Republican pollster Kellyanne Conway points out that back in the '90s Clinton was a more sympathetic figure — a victim. Fast-forward 17 years and majorities of voters say she isn't honest or trustworthy. And there's a whole new generation of female voters who may have a different and more negative reaction to the allegations of harassment and abuse.

For people who are unfamiliar with Bill Clinton's presidency, Conway says, "What this does is it makes them go and Google Monica Lewinsky or Juanita Broaddrick or Hillary Clinton and Paula Jones."

When they do, they'll find out that Bill Clinton paid Paula Jones $850,000 to settle her case and lost his law license in Arkansas.

And even though Clinton has advantages with female voters this year, they do not apply across the board. Younger women have been slow to warm to Clinton and are voting in large numbers for her primary opponent Bernie Sanders.

"They feel like they have very little in common with her except for her gender," said Conway.

Gender, or the gender gap, is what this is all about.

Trump has a big lead with men but he is struggling with women. The Clinton campaign is doing its best to make sure he doesn't improve his dismal standing with women.

So while Hillary Clinton herself has refused to comment on Trump's attacks on her alleged role in her husband's infidelities, her affiliated superPAC, Priorities USA, started running ads last week highlighting Trump's own comments and boorish behavior with women.

It also doesn't help Trump with women when Bob Sutton, the chairman of the Broward County, Fla., GOP executive committee, told the Washington Post that it will be easy for Trump to defeat Clinton in a debate.

All these attacks and counterattacks could cause some women to stay home in the fall and not vote at all. Low turnout is usually the effect of an intensely negative campaign. And that could help Trump.

After all, George W. Bush lost the women's vote twice and still won the election. Conway says, "If Trump got 45-46 percent of the female vote he would win."

One thing the Trump attacks around the Clinton sex scandals have already done is help him consolidate the conservative base of the Republican Party — which has been pining for a candidate who isn't afraid to throw the kitchen sink at the Clintons.

Trump is his own attack dog. Unlike other candidates, he doesn't leave the job to his surrogates. He delivers the attacks himself, and that guarantees them maximum news coverage.

Soon we'll be hearing about more than just the sex scandals. Trump is talking about other Clinton controversies from the '90s including Whitewater and the death of Vince Foster which, Trump suggested, was a murder that Hillary Clinton was involved in. He didn't provide any evidence for that charge — numerous investigations in the '90s concluded that Foster's death was a suicide.

But Trump is a big fan of conspiracy theories. (NPR's Brett Neely wrote a guide to them here.)

It's all just a little appetizer for the big ugly main course that the 2016 presidential election is soon to become.

A previous version of this story misspelled Juanita Broaddrick's name as Broaderick.