Accessibility links
No Donald Trump Endorsement Forthcoming From House Speaker Ryan House Republicans will begin rolling out their policy agenda in June. It will, in theory, allow lawmakers to run with Donald Trump on ideas they agree on, and be able to demonstrate where they differ. 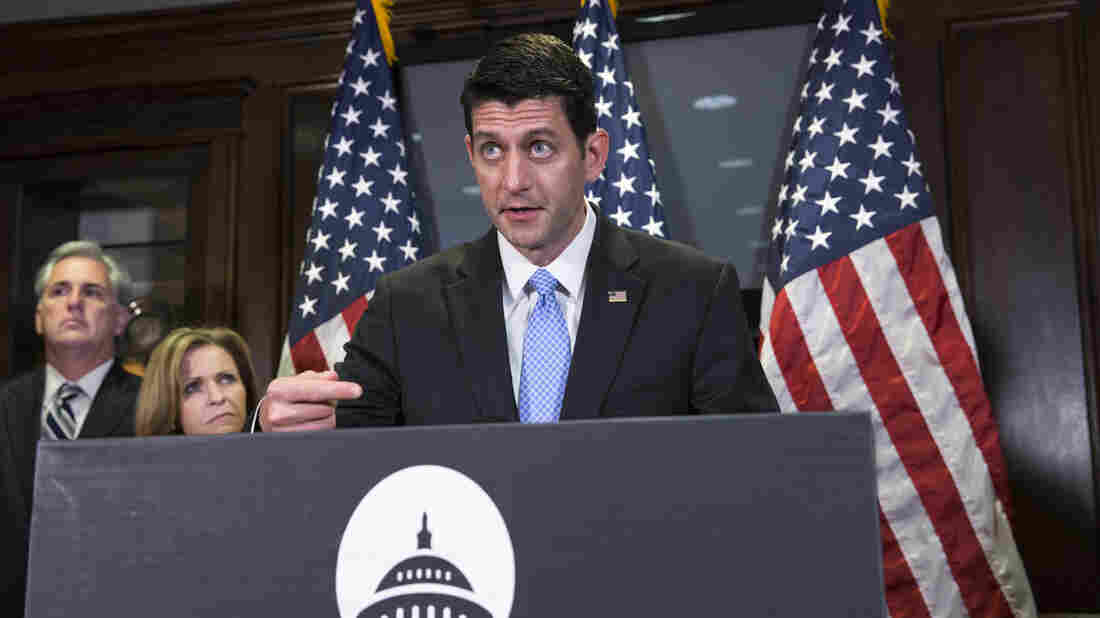 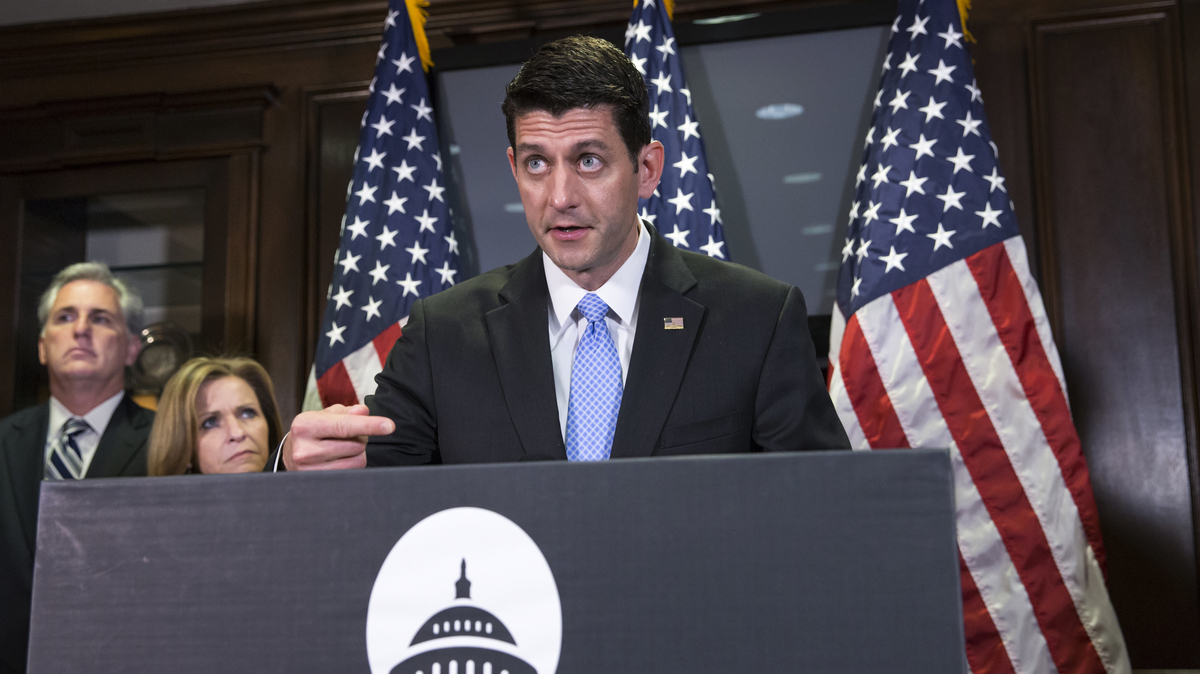 House Speaker Paul Ryan shot down reports Wednesday that he was on the verge of endorsing Donald Trump for president.

"I don't know where all this came from. I haven't made a decision," Ryan told reporters. "I don't have a timeline in my mind and I have not made a decision and nothing's changed from that perspective."

The speaker added that he and the expected GOP nominee were still have "productive conversations."

Throughout the GOP presidential primaries, Ryan has tried to walk a line — between candidates and sometimes inflammatory rhetoric and trying to manage the party's message and vision from his perch as speaker of the House. He's done so in a series of speeches and public appearances, and those efforts sparked speculation that Ryan was planning a dark-horse campaign of his own for the nomination at a potentially contested convention. That's something he had to personally, and publicly, deny in April.

He is, however, continuing his efforts to try and shape the narrative of 2016 and the message for Republicans. In an effort to hold their majority and reassure Republicans still wary of the party's presidential nominee, House Republicans will begin rolling out a policy agenda of their own in June.

Ryan is spearheading the agenda project, which he calls "Confident America." He previewed the agenda at a media briefing on Wednesday.

House Republicans will unveil proposals on a weekly basis for the month of June that address the economy, taxes, national security, healthcare, poverty, and reasserting congressional authority. The latter is in response to President Obama's use of executive orders to enact policy changes.

Ryan said the first week's roll out will include the GOP's agenda on how to combat poverty, an issue that the speaker has personally pushed to the forefront of the agenda project.

Ryan announced the project shortly after he became speaker last fall, and well before Trump had locked up the nomination. But now the effort is widely viewed as an alternative agenda for congressional Republicans to campaign on this November. It will, in theory, allow lawmakers to run with Trump on the ideas they agree on, and be able to demonstrate where they differ.

Trump has upended years of conservative orthodoxy with his support for higher taxes, opposition to free trade, embrace of entitlements like Medicare and Social Security, and his more isolationist foreign-policy views.

Ryan stands in stark opposition to Trump on all of those positions. He has not yet endorsed the apparent GOP nominee, although the two men met privately this month to begin what both sides describe as an effort to unify the two wings of the party they represent.

"Look, we're a big tent party with lots of different wings of the Republican Party and we clearly come from different wings of the Republican party. There's no two ways about that," Ryan said, "The question is if we're going to unify, can we figure out what is the common foundation that ties all those wings together and that's what we're working on."

But in a Web video released Wednesday, Ryan criticized the "bitterness in our politics" and said politicians need to focus on policy solutions and not personal attacks.

"Leaders need to say: 'Here's my principle; here's my solution,'" he says in the video. "And let's try and do it in a way that is inclusive, that's optimistic, that's aspirational, that's focusing on solutions."

He adds, "Republicans lose personality contests anyway. We always do. But we win ideas contests. We owe you that choice."

Lawmakers and aides familiar with the House GOP agenda project say it will hold to more familiar conservative positions on taxes, health care and foreign policy.

House leaders have promoted similar efforts in the past. In 2006, House Minority Leader Nancy Pelosi, D-Calif., led the "Six for '06" agenda that pledged to clean up a U.S. House dogged by ethical and criminal scandals. Democrats took control of the House that November.

In 2010, House Minority Leader John Boehner, R-Ohio, led the "Pledge to America" that was geared toward capturing the economic angst and Tea Party anger of the time. Republicans took control of the House that November.

But both of those elections were midterms, and in a presidential election year the party's nominees set the terms of the election in a way that is hard for any down-ballot candidates to drown out or escape on their own.

In direct contrast to Ryan's call, Trump has led a personality-driven primary campaign and, so far, plans to run a similar strategy in the fall against Hillary Clinton. His early attacks on her have focused on Bill Clinton's past infidelities and her low approval ratings.