Accessibility links
'The Dreaded Schwa' And Other Reasons To Love The Bee One of our favorite events is on again: the Scripps National Spelling Bee. From the tense smart kids to the cheering adults, it's all pretty great.

'The Dreaded Schwa' And Other Reasons To Love The Bee

'The Dreaded Schwa' And Other Reasons To Love The Bee 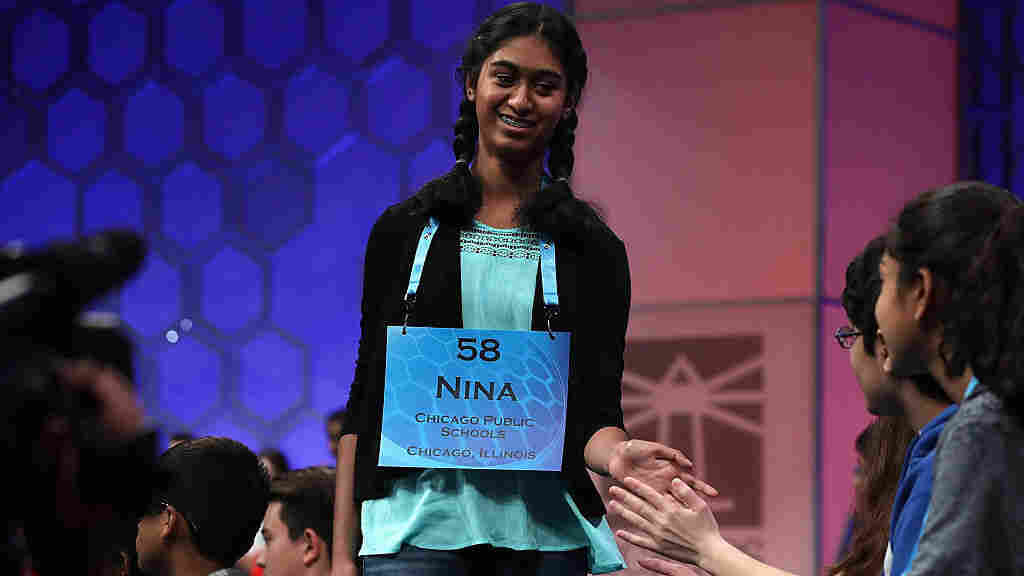 Nina Fonseca of Chicago, Illinois, celebrates with other spellers after a correct answer in round three of the 2016 Scripps National Spelling Bee. Alex Wong/Getty Images hide caption 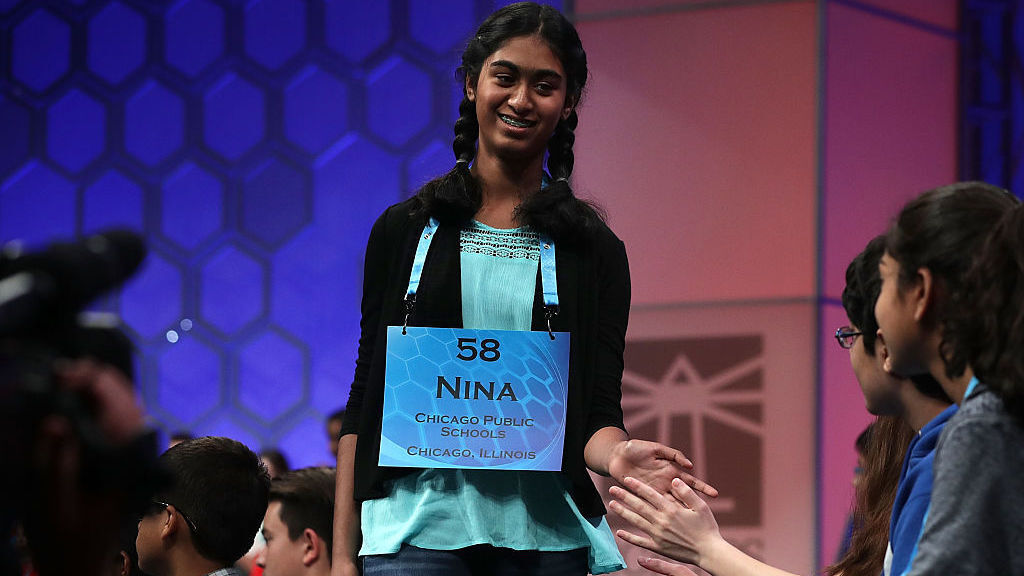 Nina Fonseca of Chicago, Illinois, celebrates with other spellers after a correct answer in round three of the 2016 Scripps National Spelling Bee.

Well, it's more than just today — the rounds started Wednesday — but as we type this (and carefully spell-check it), they've entered the finals that will conclude Thursday night with the championship round, which will be broadcast on ESPN starting at 8 p.m. (Eastern, that is.)

For people who really love watching the Bee, there's simply nothing like it on television. But there's a line one can draw between the popularity of the Bee and the growth of good-natured shows like Masterchef Junior, which similarly offer opportunities to get to know, and to root for, kids who are great at something and are encouraged to be good sports in competition. Of course, Dr. Jacques Bailly, who gives all the kids their words, is a long way from Gordon Ramsay. Dr. Bailly is funny and wry and dad-like, meticulous about making sure he's done exactly what he's supposed to do in giving them all the information.

It's a great treat to watch smart kids go back and forth with Dr. Bailly, seeing whether they can get him to give up juuuuust a little more — to pronounce the word in a way that will clarify whether that middle syllable has an "i" or an "e" in it, for instance. He'll give them all the pronunciations, he'll give the word origin, he'll use it in a sentence. But they work him a little, sometimes: they repeat the word a little differently than he did to see if he corrects them; they ask questions that go a touch beyond what they're allowed to ask. (Eva Vega of North Carolina asked this morning if the word "cypripedium" had anything to do with cypress trees. You can ask about a root, but not quite that loosely about whether a word is related to another word.)

A piece of advice: The internet is such a mixed blessing in popular culture, but if you curate your attention to it correctly, it's wonderful for the Bee. The blog A List Of Things Thrown Five Minutes Ago has long been my go-to source for deep and serious Bee nerdery, and while I haven't seen her covering it yet this year, Shonda Rhimes is a known Bee superfan. Twitter during the championship tends to be a throng of adults glued to their televisions rooting hard and seriously for kids to spell words correctly. It is nerd adults who like words thronging in support of nerd kids who like words, and it's great.

Ultimately, the Bee is its own very strange world, and most of us visit for only a day or two a year. It's a world where the hushed ESPN announcers think nothing of referencing the "dreaded schwa" — a schwa is the sort of "uh" sound that can be made in a word by any of several vowels, like the "a" in "against" or the "o" in "melody." If it shows up in a word you don't know, it can be very hard to figure out which letter to choose when spelling the word from hearing it pronounced. Thus: the dreaded schwa. Dr. Bailly and his gently funny sample sentences, parents grinning from ear to ear, gracious kids taking losses like champs ...