Accessibility links
Meet The Unbound Delegates Who Helped Donald Trump Secure The Nomination NPR's Don Gonyea talks with some of the unbound delegates who decided to support Donald Trump, thereby giving him the magic number of delegates to clinch the Republican nomination. 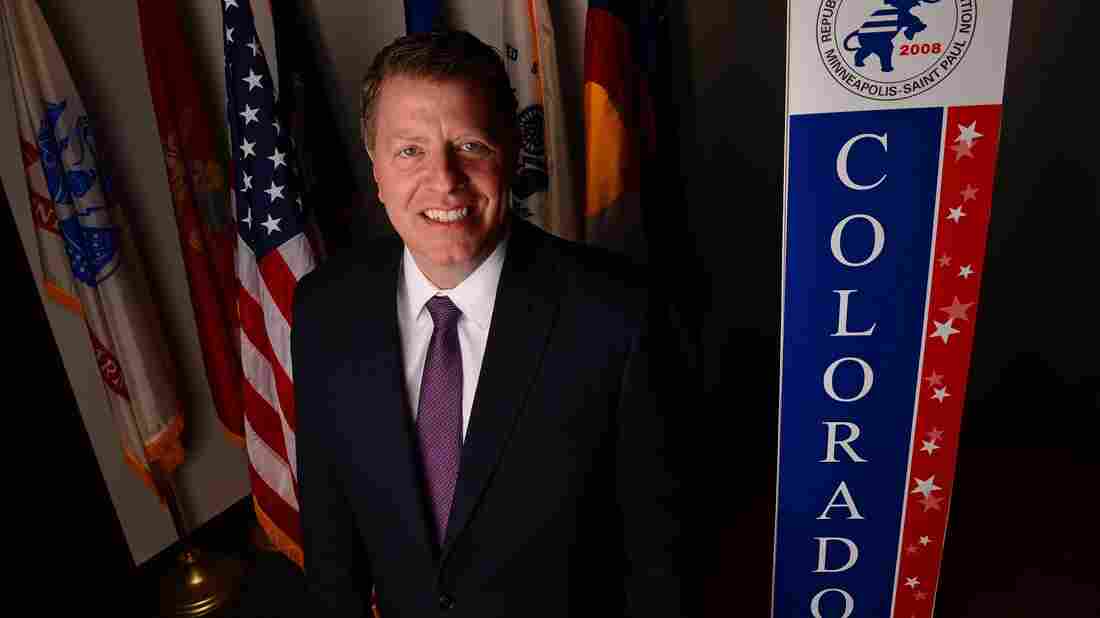 Colorado GOP Chairman Steve House is one of 29 unbound delegates who recently announced their support for Donald Trump, getting the candidate to the "magic number" needed to clinch the Republican nomination. Helen H. Richardson/Denver Post via Getty Images hide caption 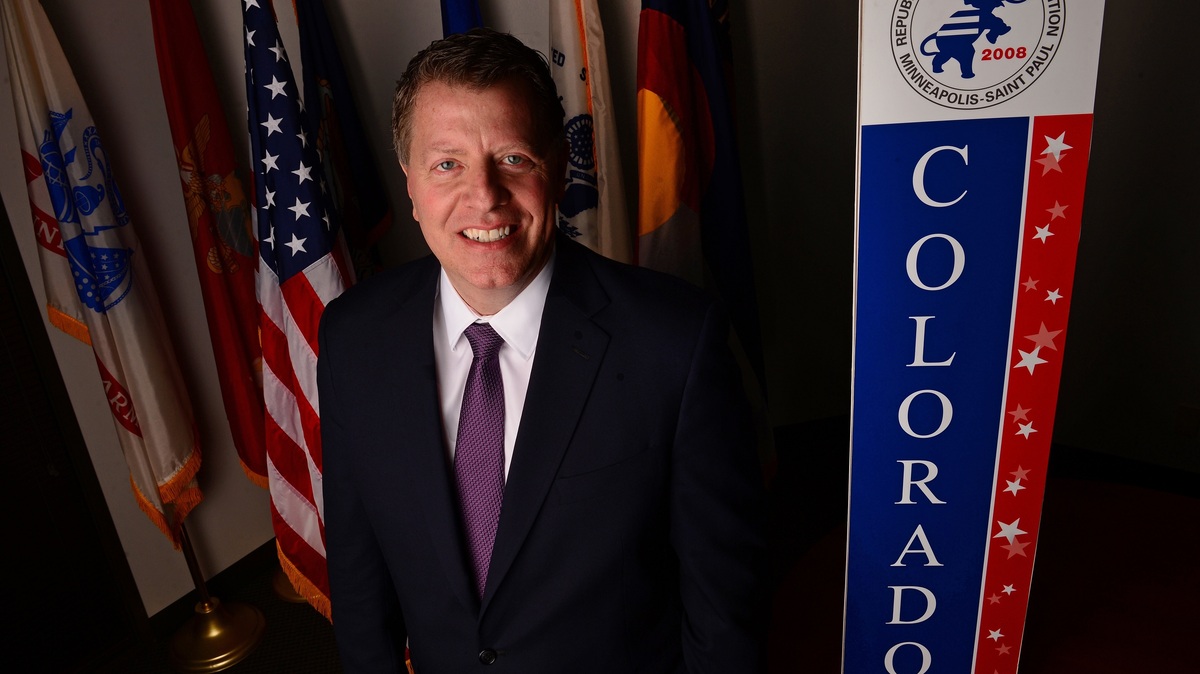 Colorado GOP Chairman Steve House is one of 29 unbound delegates who recently announced their support for Donald Trump, getting the candidate to the "magic number" needed to clinch the Republican nomination.

On Thursday, Donald Trump reached the magic number — 1,237. That's the number of delegates needed to clinch the Republican nomination, and he got there after 29 unbound Republican delegates decided to support him at the convention.

NPR's Don Gonyea spoke to some of those delegates to ask what made them decide to support Trump.

On switching support from Cruz to Trump 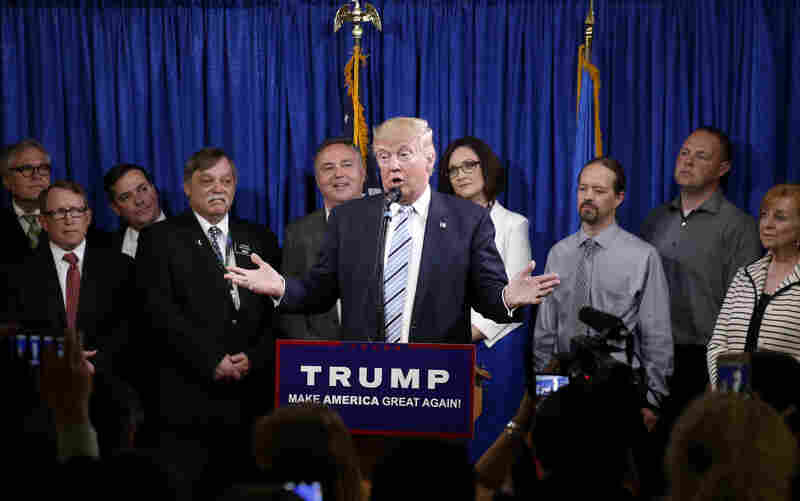 Donald Trump stands with some of the delegates from North Dakota, who elevated him over the 1,237 needed for the GOP nomination. Charles Rex Arbogast/AP hide caption 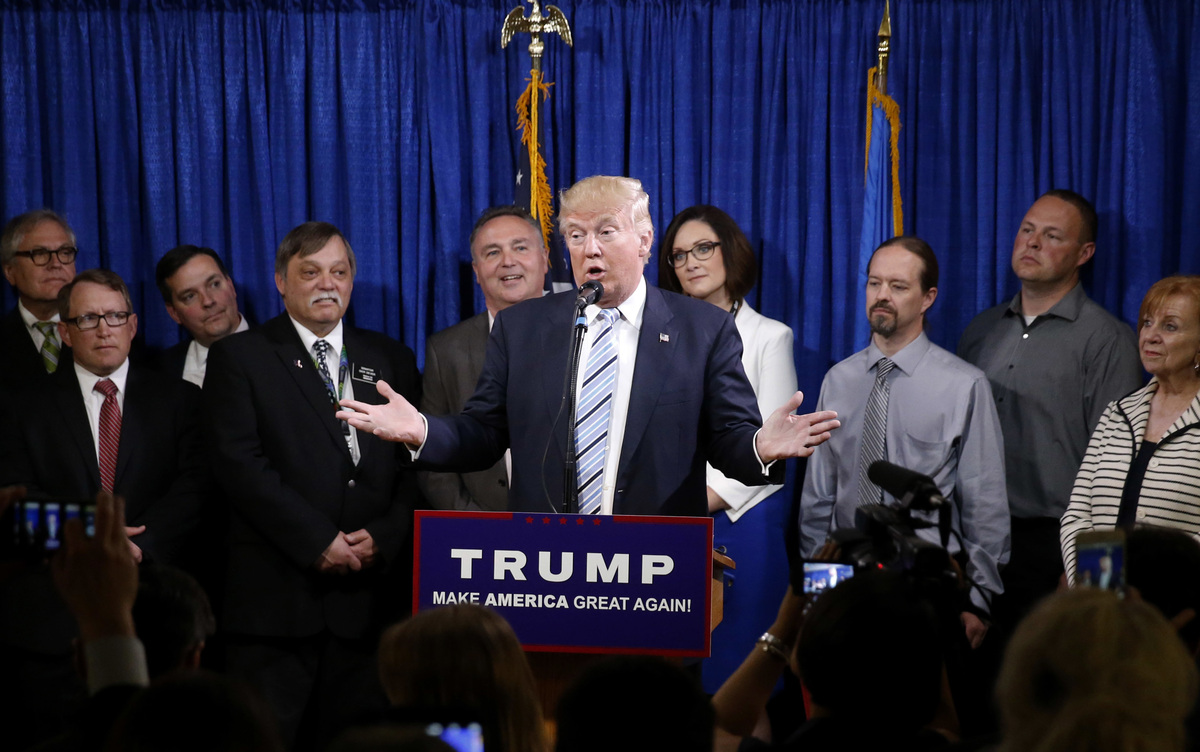 Donald Trump stands with some of the delegates from North Dakota, who elevated him over the 1,237 needed for the GOP nomination.

I was committed to supporting Ted Cruz all the way to the convention, regardless of if Mr. Trump has 1,237 or not. But when Mr. Cruz suspended his campaign, that put me in the undecided category. Honestly, I held out a long time to get the most information to make my opinions and thoughts known as much as I could within the Trump campaign and ultimately, when it came down to it, Mr. Trump took the time to come to North Dakota. ... It made it where I was comfortable in saying that at this point and time, he's the best candidate in the race to lead our country, and certainly better than Hillary Clinton or Bernie Sanders. As best as I know, I was actually the last delegate — I was actually 1,237.

On what Trump needs to do now

On his message to Republicans who are undecided

Do you like where America is? If the answer is no, then why not give someone who is a pure businessperson an opportunity to change the way we go forward with the country? And secondly, the Supreme Court is at stake as well as things like Obamacare. ... I think we have to address these things and I think we need a Republican president to do that.

For me, having been in politics such a short period of time, I do like the fact that he approaches things without any fear of how the media's going to react to him. I think that for too long in politics, with all due respect to those in the media, candidates and politicians themselves have let themselves be less than who they are with the public because they are afraid of media reaction, re-election, etc. I think in Donald Trump's case, he's broadened the horizon of the ability of any of us to say — look, this is how it is and don't be afraid to say what you really believe. ... I think in general, people worry far too much about the media reaction to what they say.

On delegates deciding to support Trump because he won their district

On why she supports Trump

I think he brings a new dynamic to politics in America. I think that his theme has touched something that has brought a lot of excitement and a lot of hope to a lot of voters ... and that people are not happy with where our country is right now. ... His theme of "Make America Great," is selling. It's something that inspires people.

On avoiding a convention fight

On Trump being over the top

It's a great sign for our country that so many Americans are now supporting the Trump campaign. It's a wonderful example of what the people power can do because so much of the Trump candidacy and success has been fueled by just grass-roots conservatives and grass-roots Republicans and we've carried the nomination for him.

A previous version of this story misspelled Ben Koppelman's name as Koppleman.