Accessibility links
Pop Culture Happy Hour: Live At The Vulture Festival Audie Cornish joins us this week for a chat about the things we pick over endlessly and the sometimes unsatisfying intersection of politics and pop culture. 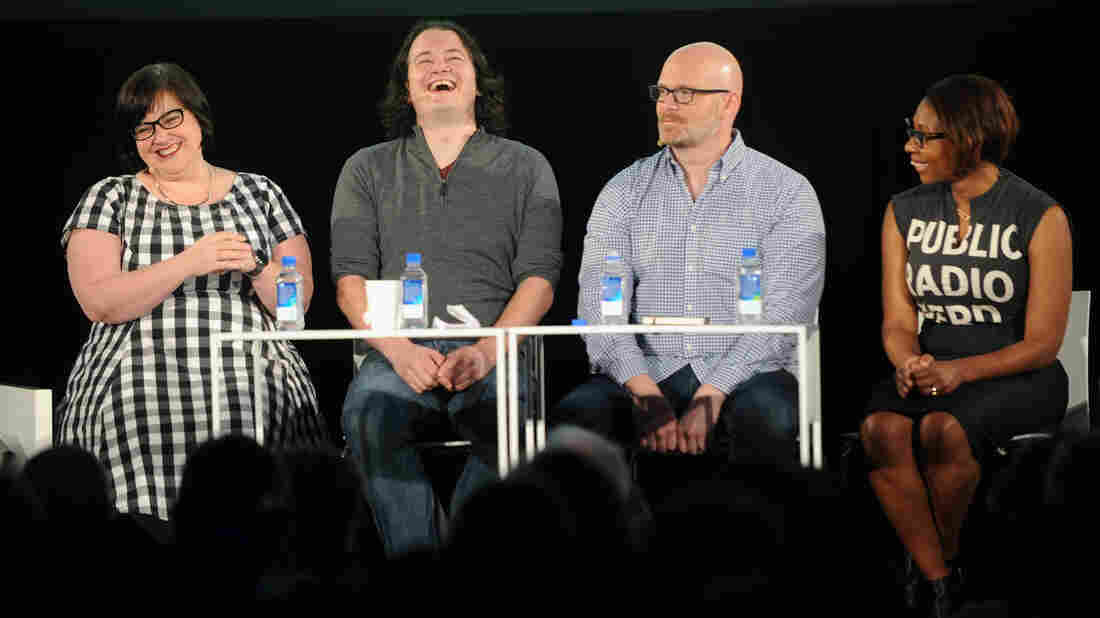 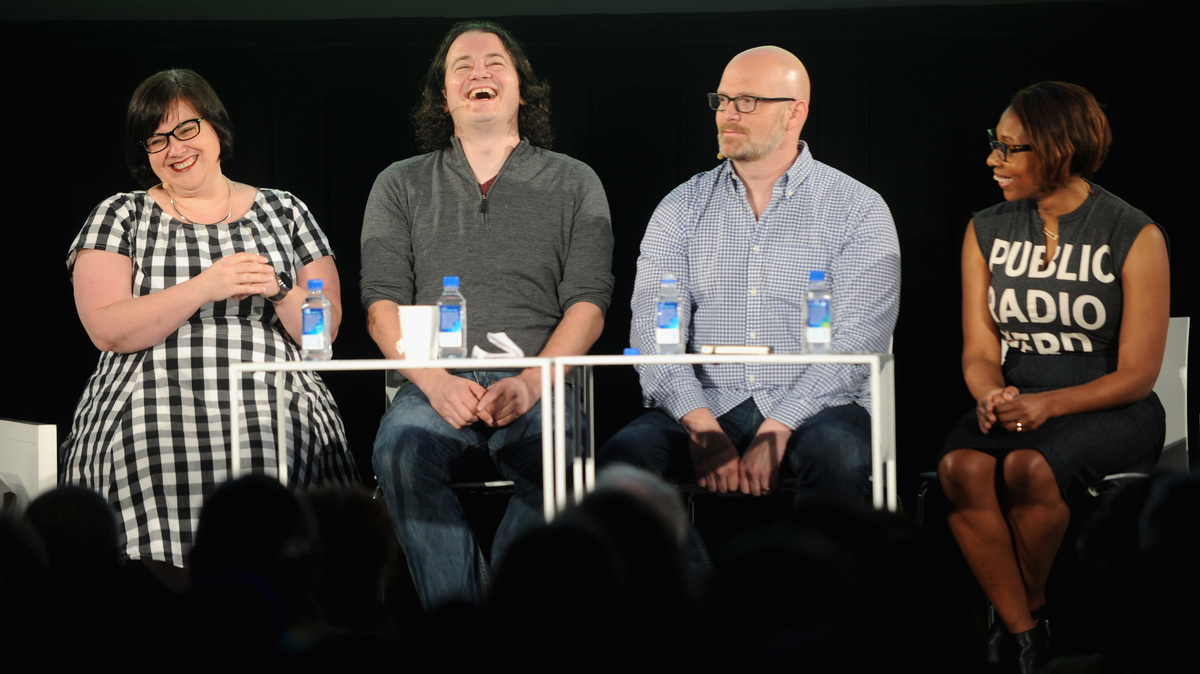 We were very excited to be invited to participate in the Vulture Festival in New York on May 22, where we taped this live episode in front of a fantastic crowd. We wanted to have reliable weapons at our disposal, so in addition to our great producer, Jessica Reedy, who handled all the logistics and other tricks of her trade, we brought Audie Cornish to be our fourth chair.

Because it was the Vulture Festival after all, we started off with a carrion-themed (really!) conversation about the things we just can't stop picking apart, long after they're gone. George Clooney! Sex And The City! The fun never stops.

In our second segment, we chat at this complicated political moment about the way that politics intersects with pop culture. Are big personalities really more fun to satirize? Is cynicism the right approach? And what about satirizing the role of voters?

As always, we close the show with what's making us happy this week. Audie has a film on her mind and also invites you to keep her up to date about all the happenings around a familiar trope. Glen has two series to recommend: one on Netflix and one elsewhere. Stephen recommends a podcast close to home. And I encourage you to enjoy a trailer that just might bode well for the future of one comedy.

Thanks again to everyone at Vulture for having us, and to everyone who came out and supported us. We could not have had more fun, and we can't wait to see some of you in person again.