Accessibility links
Many Wonder How Clinton Could Beat Sanders When His Supporters Are More Visible And Vocal Hillary Clinton doesn't have the biggest rallies. Her bumper stickers and campaign signs aren't particularly visible. It seems her supporters are laying low. Here's why. 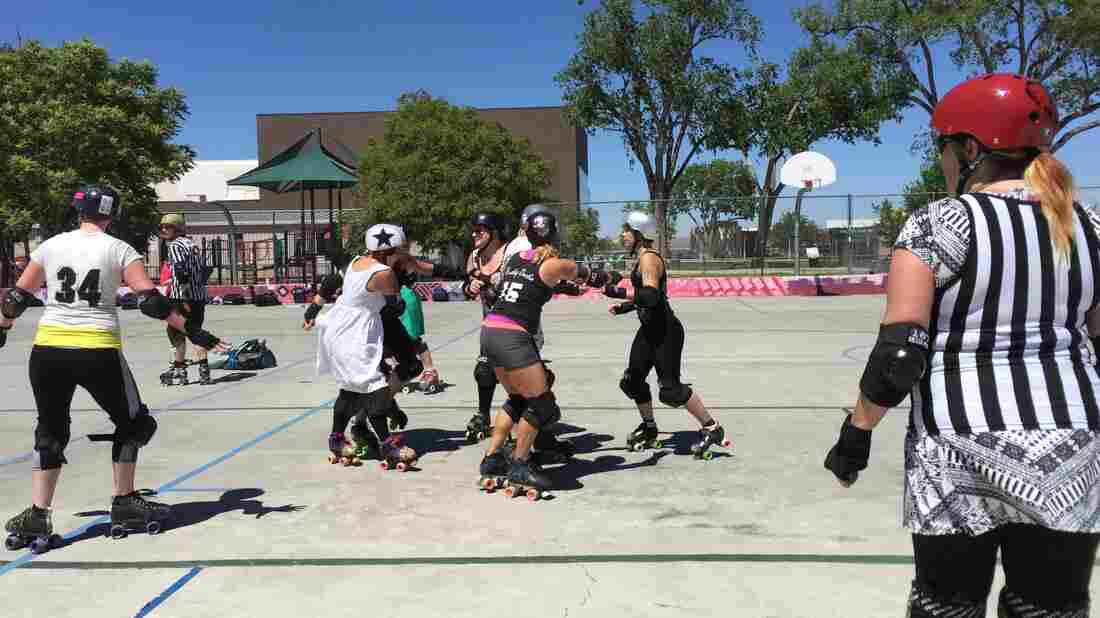 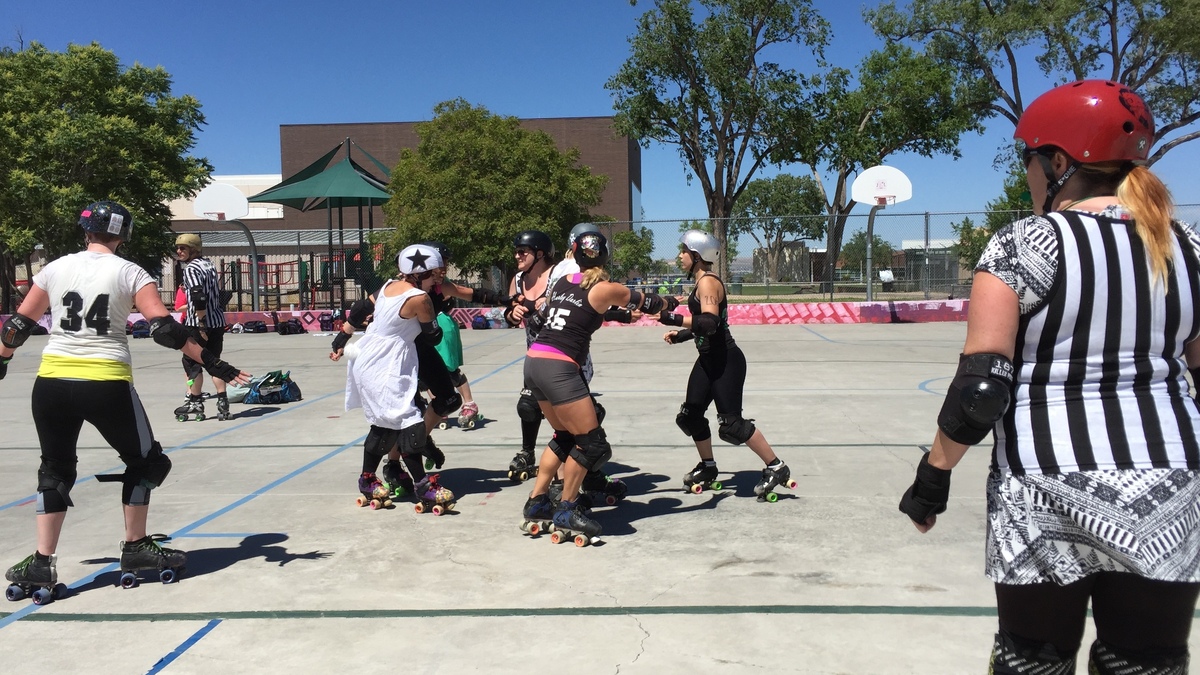 If you've been following the Democratic presidential contest, you might be wondering how it is possible that Bernie Sanders seems to have all the energy and enthusiasm and, yet, Hillary Clinton is way ahead in the race to the nomination.

A listener named Gerard Allen wrote into the NPR Politics Podcast with an observation:

"Everyday, I drive about half the distance of the NJ Turnpike: an 80 minute commute. On any given day, I see at least two dozen 'Bernie 2016' bumper stickers on cars. However, I almost never see a 'Ready for Hillary' sticker," he wrote.

Then a question: "Does the bumper sticker disparity have something to do with fundraising, the kinds of people that support Bernie (i.e. that crowd is more inclined to bumper stickers to begin with), or is it that it's unfashionable to proclaim your love of Hillary Clinton? If so, why?"

Lauren Winkler emailed us to offer an answer.

"I get this feeling that many Hillary supporters (at least the younger ones, like me) are just biding their time to publicly display their support once she has the party's nomination," wrote Winkler.

"It's so visceral. The reaction against her," she said when we met up with her in Albuquerque, N.M., where she lives.

Publicly showing support for Hillary Clinton just isn't worth the aggravation for Winkler and her friends Leigh Featherstone and Holly Chamberlin. 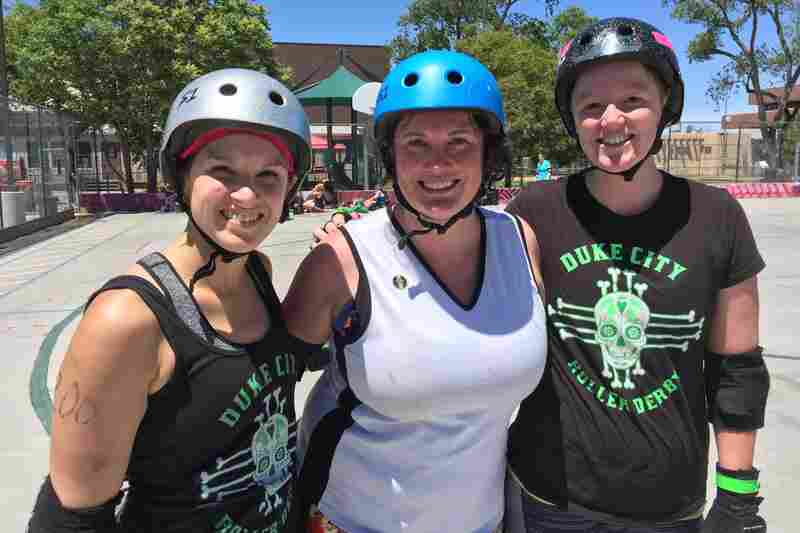 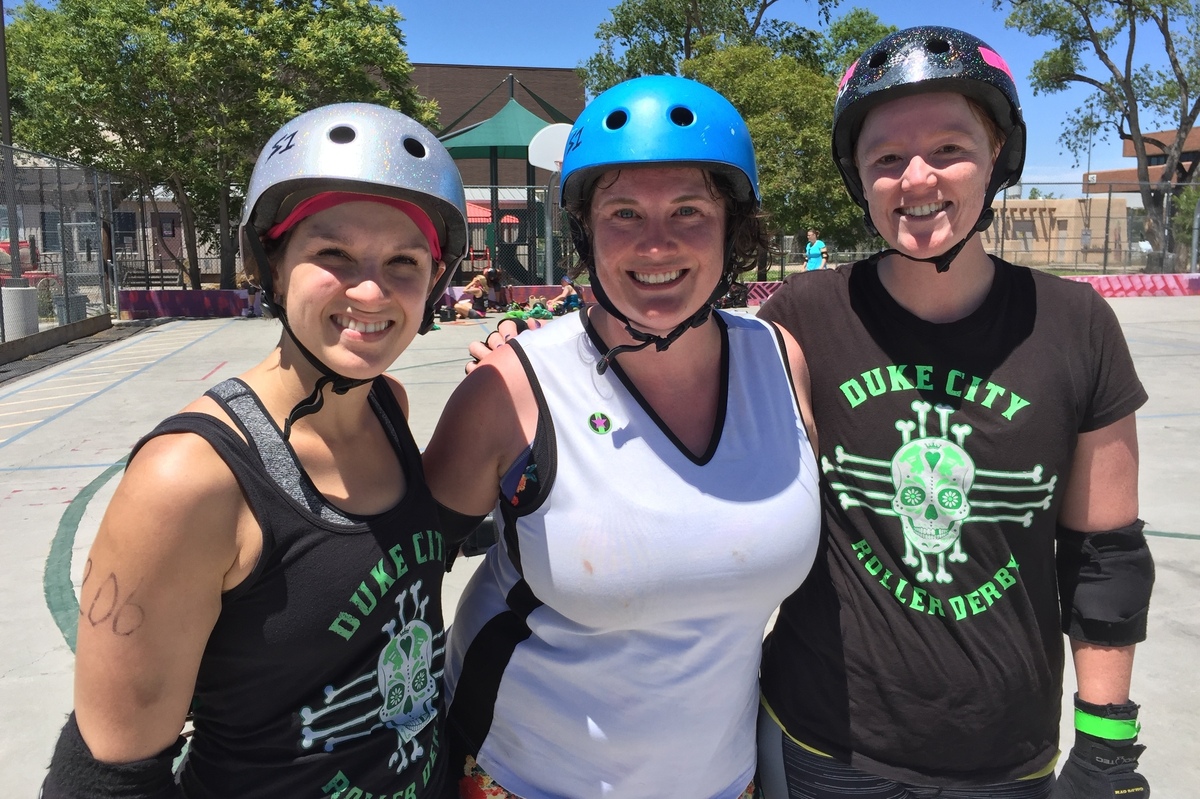 Lauren Winkler, Leigh Featherstone and Holly Chamberlin, left to right, all supporters of Hillary Clinton, at a roller derby scrimmage in Albuquerque, N.M.

They do roller derby together and were among about dozen women blocking, skating and slamming into each other — and the pavement — during a recent scrimmage in Albuquerque.

Winkler, Featherstone and Chamberlin are in their late 20s and early 30s — a lawyer, a non-profit data manager and an engineer. They all want Hillary Clinton to be president, but you won't see it on their car bumpers or dominating their Facebook feeds.

"I don't have the time and energy and mental toughness to have the whole conversation," Chamberlin said.

Featherstone supported Clinton in 2008, too, and has had many conversations that start out as a debate over issues. "And then it would turn into, 'Be honest. It's just because she's a woman, isn't it.' Ummm. You could have led with that," she said.

"It just feels like I am going to have to hear every reason why I am wrong," says Featherstone. "Over and over and over. And I kind of just want to skip past this part."

For Winkler, it's like all those times she's felt second-guessed because of her gender.

"It feels like it's because I'm a woman who can't properly formulate her own political views, she said.

It took these friends a while to admit to each other that they support Clinton. When they finally did, there was sort of a bond in sharing an unpopular opinion.

"And I've had many conversations with these ladies about how we feel about Hillary and how frustrating it can be feeling that way and not being able to express it, because of the reaction you get from Bernie supporters and just anyone who doesn't like her," Winkler said.

With all the visible support for Clinton's primary opponent — the rallies, the bumper stickers, all the social media — you could easily get the impression that Clinton is losing badly. But she's not. She's gotten nearly 13 million votes, won more states and has a nearly insurmountable lead in both pledged delegates and superdelegates.

Chamberlin said she sometimes feels like a bad Clinton supporter for not speaking up:

"So many people, when Hillary is winning voting contests, are like 'it must be rigged. I don't know anyone who supports Hillary, not one single person. So there must be something going on. It must be wrong. They must be cheating.' Something like that. And sometimes I'm like, hey, I support Hillary Clinton, so you know one person. But mostly, I just don't say anything."

They each have their reasons for supporting Clinton, whether it's her pragmatism, her commitment to the Affordable Care Act or her experience and understanding of America's role in the world. Winkler and Featherstone have even given her campaign a little money. But until this interview, they hadn't been vocal about it.

"We talked about, like are we really ready to go public," Featherstone said.

Chamberlin was even reluctant to give her full name.

The irony isn't lost on any of them.

"We were totally fine with running around and hitting each other for 4 hours in the sun on a Saturday," Featherstone said. "But when it comes to — Are we going to share an article on Facebook? — we have a lot more hesitation about that."