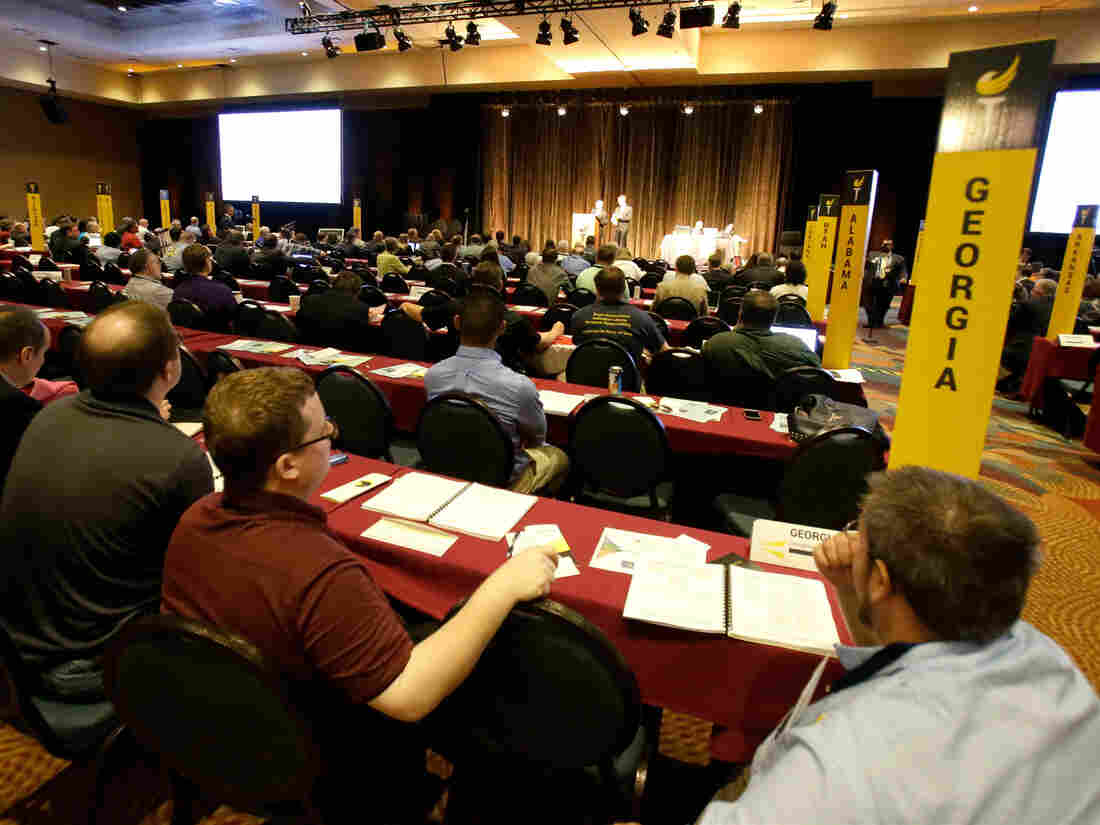 Delegates listen to speeches in the main hall at the National Libertarian Party Convention, Friday, May 27, 2016, in Orlando, Fla. John Raoux/AP hide caption 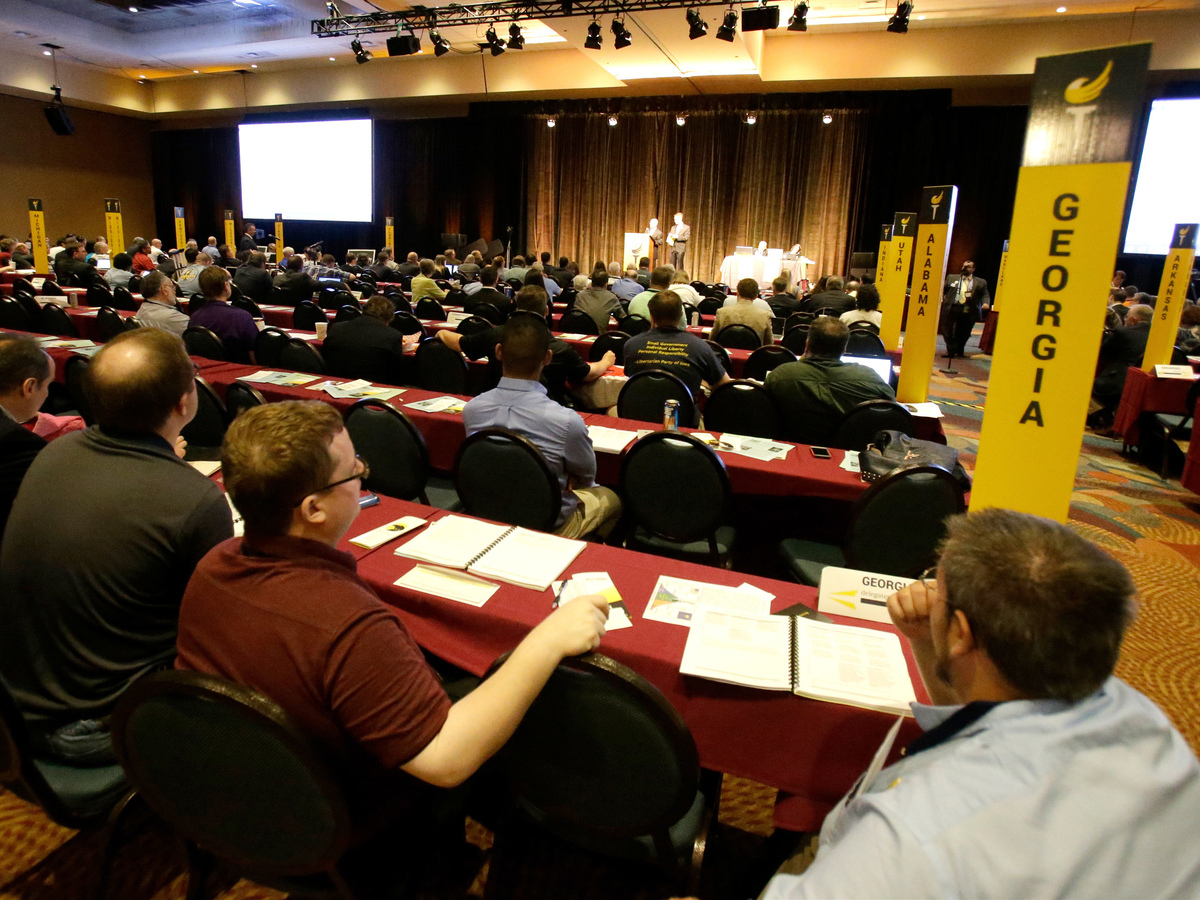 Delegates listen to speeches in the main hall at the National Libertarian Party Convention, Friday, May 27, 2016, in Orlando, Fla.

More than 1,000 Libertarians from around the country have converged on a hotel in Orlando, Fla., for a long weekend of politicking, strategizing, and seminars with titles like "How to Abolish Government in Three Easy Steps."

They'll also choose their nominee for president on Sunday. Five men are competing to be the Libertarian standard-bearer, including a software tycoon, a magazine editor, and the former Republican governor of New Mexico.

"Libertarian conventions are always exciting," says Carla Howell, the party's political director. "But the excitement this weekend is beyond anything I've ever seen, by far."

"There is no question to those of us who do retail politics, who talk to voters, they want what Libertarians have been advocating for a long time," Howell says.

Libertarians acknowledge there's another reason their party's getting a closer look: deep dissatisfaction with the likely Republican and Democratic nominees. A Wall Street Journal/NBC poll found 47 percent of Americans are willing to consider a third-party candidate this year.

Denise Cranford understands that. The Ackerman, Miss., delegate has been active in Libertarian politics for years, but this is the first time she's attended the national convention.

There's a lively competition for the top spot on the Libertarian ticket. The five finalists spent more than two hours Saturday night debating their plans to roll back government in blunt and often colorful terms.

Some of the liveliest exchanges were between Austin Petersen, editor of The Libertarian Republic magazine, and former New Mexico Gov. Gary Johnson. Petersen tended to take more purist positions, while Johnson's views were often tempered with a dose of governing practicality.

On same-sex marriage, for example, Petersen advocated what he called "total separation of marriage and state."

Johnson said he felt the same way at first, but there were complications.

"It turns out that there are hundreds if not thousands of laws that actually contain the word marriage that would have to be amended," Johnson said. So he endorsed government recognition of same-sex marriage instead.

Some of the biggest applause lines last night belonged to neither Johnson nor Petersen but to anesthesiologist Marc Feldman.

"I don't need any kind of marriage license," Feldman said. "I don't need a marijuana grower's permit. I have a Constitution. What I need is a government that honors it and doesn't ask for licenses or permits and certificates for things that are none of the government's business."

Unlike the major party conventions later this summer where the nominees will likely be known well in advance, there's no telling who will come out on top of Sunday's Libertarian vote.

Mississippi delegate Denise Cranford isn't worried, though. She'll be happy with whoever is chosen.

"If we could just put one in the presidency and the rest of them in Cabinets we'd be awesome," Cranford says. "I'd love to see all those positions filled by Libertarians who want to take over the government and leave you alone."