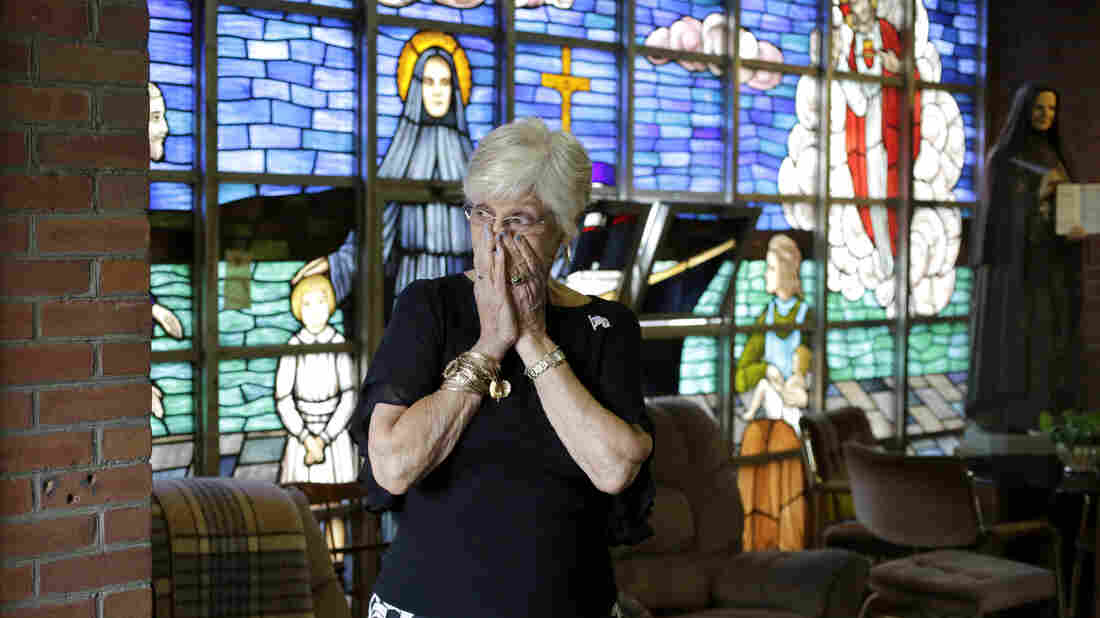 Nancy Shilts helped maintain a round-the-clock vigil at St. Frances X. Cabrini Church in Scituate, Mass., for nearly 12 years to protest its closure. Here, Shilts is shown on May 29, before the final service at the church. Steven Senne/AP hide caption 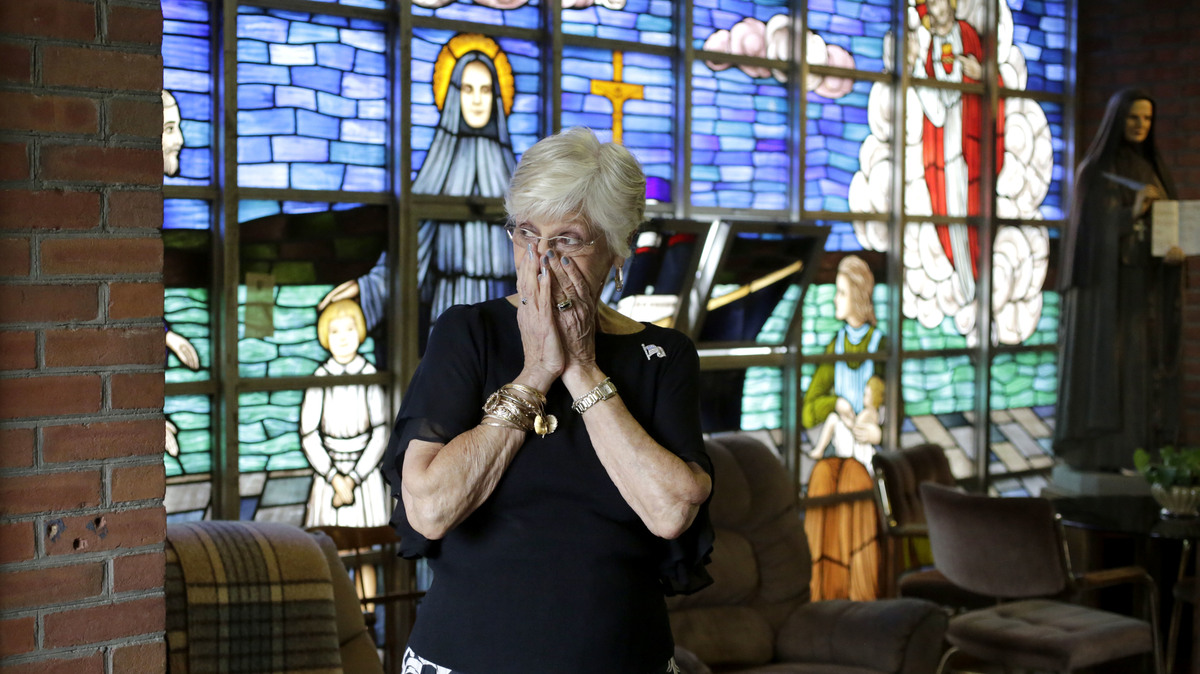 Nancy Shilts helped maintain a round-the-clock vigil at St. Frances X. Cabrini Church in Scituate, Mass., for nearly 12 years to protest its closure. Here, Shilts is shown on May 29, before the final service at the church.

Nancy Shilts stood just inside the door of St. Frances X. Cabrini Church in Scituate, Mass., on Sunday, handing out fliers and hugs to parishioners as they arrived — for the very last time.

"It's just like I just lost my house," she said.

Shilts is one of the parishioners who have taken turns staying in St. Frances, day and night since 2004. That's when the Archdiocese of Boston said it was shutting the church down to sell the land.

At the time, the archdiocese was in the midst of the clergy sex abuse scandal, which started in Massachusetts — and included St. Frances — before it spread around the globe. The archdiocese doesn't acknowledge that the sale is related to the scandal, but settlements in those cases led to financial problems.

Jon Rogers, who led the protest to save St. Frances, said they were always told the church belonged to the parishioners.

"And with that responsibility of this being your church, you need to basically fill our collection plate so you can fix your roof, or you can fix the rugs," Rogers said. "It's always been our church."

So they pledged to exhaust every legal appeal they had, and they did just that. The Vatican ruled against them, and earlier this month, the U.S. Supreme Court declined to hear their case.

On Sunday, a series of cakes in the shapes of the numbers "4 2 3 4" sat on a table in the church's entryway.

That's the number of days the parishioners have stood vigil at St. Frances.

Inside, Irene Murray sat in a pew. Her mother was part of the vigil before she passed away, so St. Frances means a lot to her.

"It means my mother, it means her passion, and remembering childhood, being here in the summertime for Mass every weekend," Murray said.

Now that the parishioners have to leave, they're planning on continuing on as an independent parish somewhere else. For the last 11 1/2 years, laypeople have led their services.

As Sunday's service began, three men walked up the aisle. One of them introduced himself to the congregation as Father Terry McDonough.

"We are validly ordained Roman Catholic priests. We are forbidden to minister to you, because we felt called by God to the sacrament of matrimony as well as that of priesthood," McDonough said.

In other words, McDonough was kicked out of the Catholic priesthood after he got married 32 years ago.

"Another irony, because one of the reasons for closing this church is a lack of priests," McDonough continued. "If you read the papers, watch television or go to movies, you know what the other reason is," referring to the clergy sex abuse scandal.

In a written statement, the archdiocese invited St. Frances parishioners to join other churches.

But as Jon Rogers, one of the vigil leaders, addressed the congregation in this church for the last time, he remained defiant, and sounded hopeful about their future together, outside of the church hierarchy.

"And this is a new day, not a death. This is a birth of a new church, and a new way of thinking, and a new life," Rogers said. "Be glad in that. Be proud of it, because I know I'm proud of all of you. Thank you."

Now, the St. Frances parish plans to meet in a Masonic lodge in town, as they start making plans and taking up a collection to build a new, independent, church of their own.