Accessibility links
Senate Majority Leader Mitch McConnell On Why He Supports Donald Trump For all the talk of the GOP's upheaval, the Senate majority leader says he doesn't think Donald Trump's nomination will redefine the Republican Party in any substantial way. 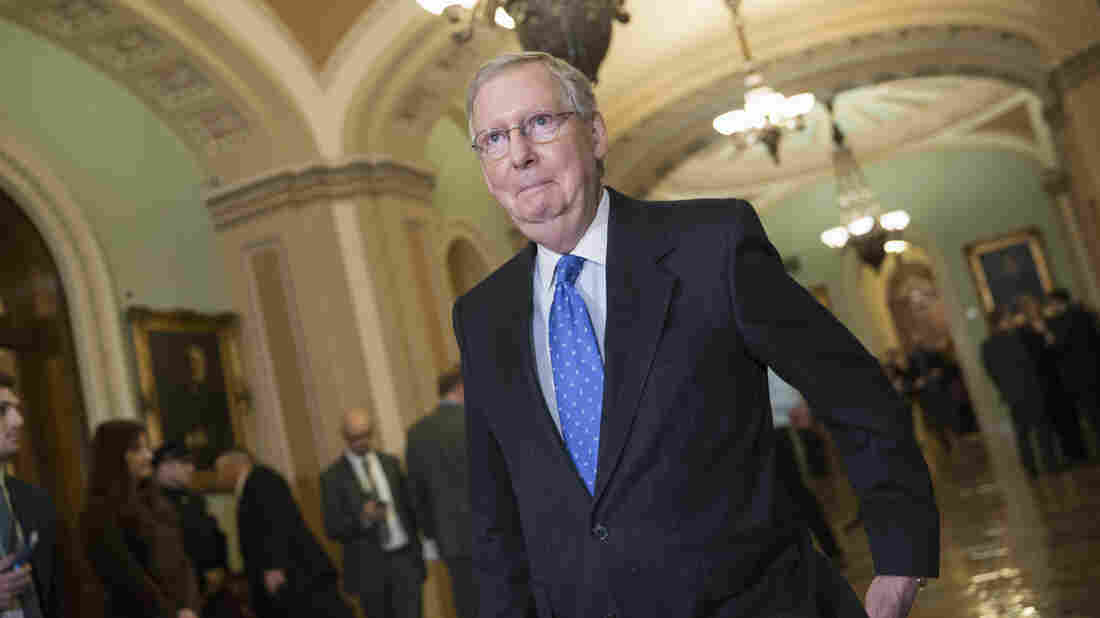 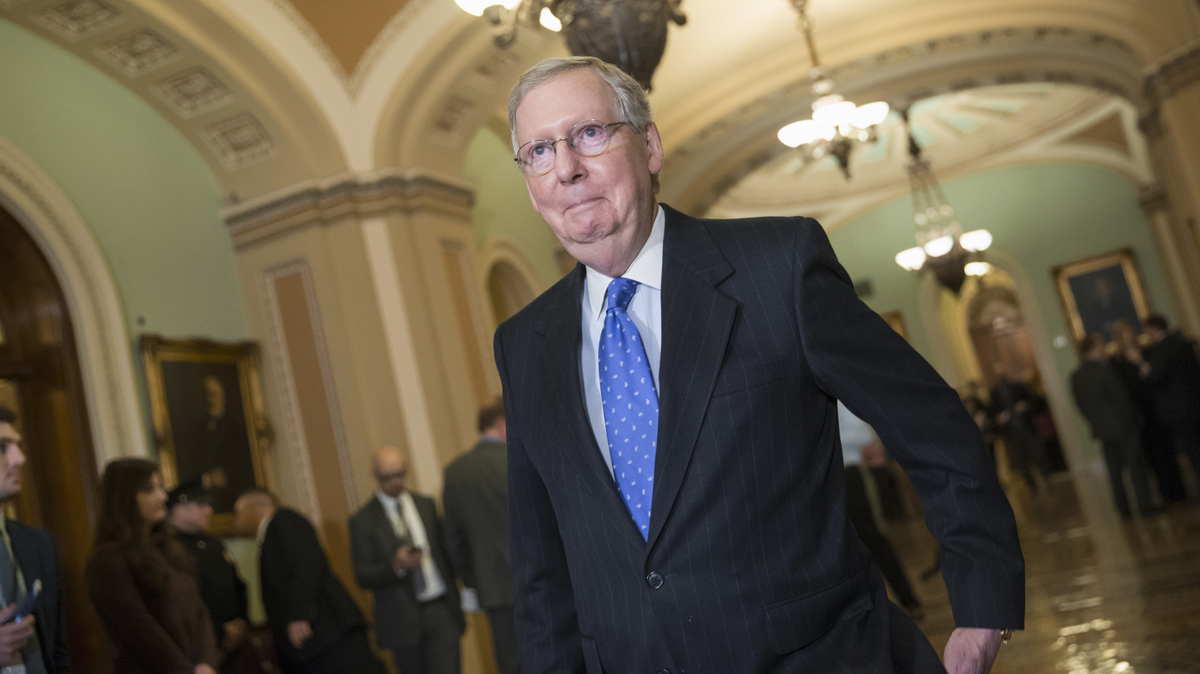 "I think that issue alone should comfort people in voting for Donald Trump for president," Senate Majority Leader Mitch McConnell said of the candidate's list of potential Supreme Court nominees.

While some of Washington's most prominent Republican leaders are still struggling over whether to endorse Donald Trump, Senate Majority Leader Mitch McConnell made the call to do so last month — as soon as Trump became the likely nominee.

In fact, for all the talk of the GOP's upheaval, the Kentucky Republican says he doesn't think a Trump nomination will redefine the Republican Party in any substantial way. The party is now at "an all-time high," he said.

McConnell spoke to Steve Inskeep of NPR's Morning Edition about what he sees for the future of the GOP — as well as why he approves of Trump's Supreme Court picks and stance on border security, but thinks the candidate's proposed Muslim ban is a "very bad idea."

On Trump's picks for the next Supreme Court nominee

The single most important thing I would remind right-of-center voters in suggesting that they vote for Donald Trump is: Who do you want to make the next Supreme Court appointment? Donald Trump has already put out a list of 10 or 11 right-of-center, well-qualified judges, a list from which he would pick. I think that issue alone should comfort people in voting for Donald Trump for president.

On banning Muslims from entering the United States

It's a very bad idea. I mean, for example, the king of Jordan, who is a great ally of ours, wouldn't be able to come to the United States, and so that's not something I think we ought to do. Do we need to tighten restrictions on people coming into the country? I think there's a good argument for that, but a kind of broad ban is a bad idea, and, of course, many American Muslims are great sources of information as we seek to look for domestic folks who might be engaged in trying to promote terrorist activities.

On building a wall between Mexico and the United States

I think we do have border security problems, and all of these suggestions are worth looking at. ... We would have to see whether that would actually produce the desired result. There are plenty of suggestions made. The border is way more porous than it should be, and I think we'd be open to discussing anything that enhances border security.

On what Republican voters want

McConnell will appear on Morning Edition again Thursday to discuss his memoir The Long Game.