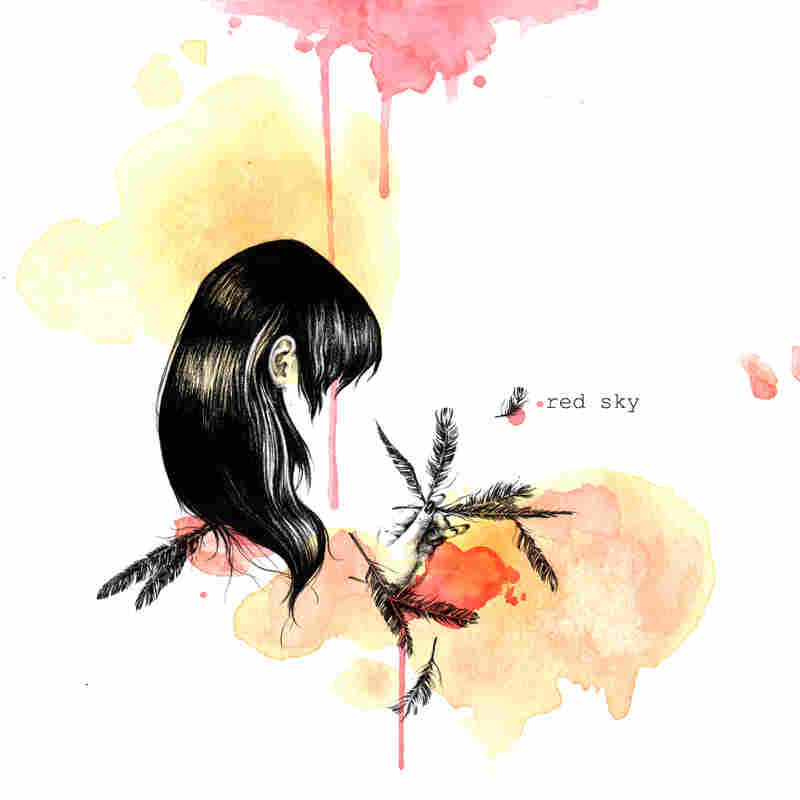 No one makes music like Moon Hooch, a muscular trio whose setup typically consists of two saxophones and a drummer. That instrumentation, and the fact that drummer James Muschler and saxophonists Mike Wilbur and Wenzl McGowen met while attending The New School for Jazz and Contemporary Music in New York, would make you think this is simply a jazz trio. But Moon Hooch is like no other jazz trio you've heard.

The band's sound is for the head as much as it is for the feet. Seeing its live shows, it's hard even for a non-dancer like me to stay still. The grooves feel closer to electronic dance music, though to me they're more complex, surprising and human. They have plenty of appeal to crowds looking to hear great improvisation and jams, but the music is tight and rehearsed, and it rocks without noodling.

Red Sky is Moon Hooch's third album, and it's mighty. The sound of the saxes feels new, vibrant and essential, the way great rock guitarists paved a path redefining the instrument in the 1960s. And this stuff is serious fun: Red Sky recalls Moon Hooch's live shows, with their fast twists and turns. We also hear this mostly instrumental band tackle a handful of songs with Wilbur singing; in the past, those tracks felt like a nice break from all the relentless energy, but on Red Sky his vocals feel integral and expansive.

Moon Hooch's 2014 Tiny Desk concert was as impressive a mix of musicianship and merrymaking as I've witnessed behind my desk. This new material is ripe for a live show, so be sure you don't miss a chance to see the band onstage. But first, find the time to get lost in this mesmerizing record.