Accessibility links
Review: Allen Toussaint, 'American Tunes' A posthumous album from the great behind-the-scenes man sets a retrospective, autumnal focus on songs which gave rise to Toussaint and his city — and thus to a bigger American music canon. 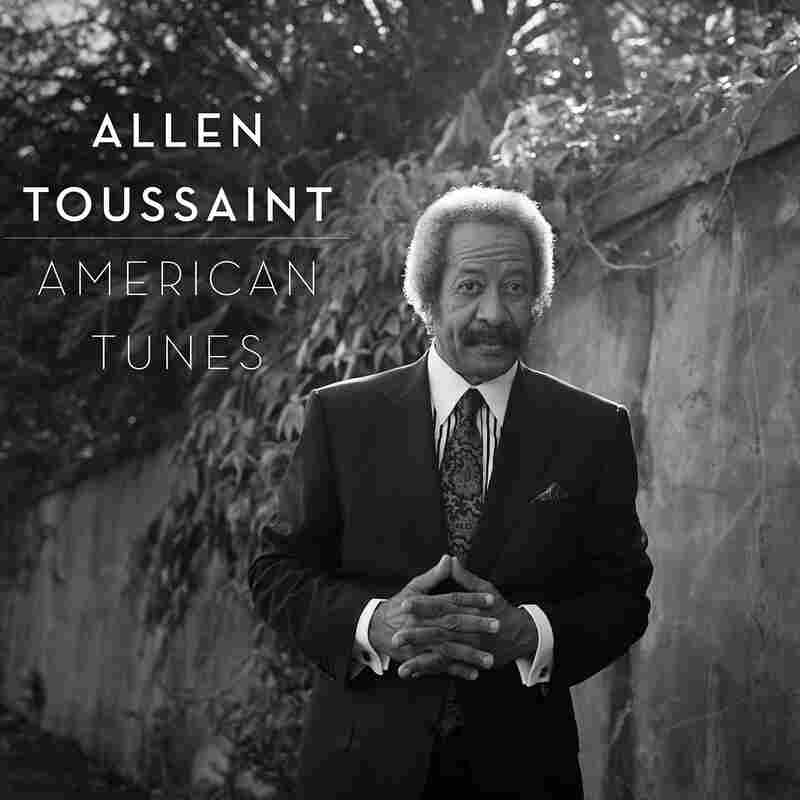 In the last decade or so of his life, the record producer, composer, songwriter and arranger Allen Toussaint started playing a lot more live shows. The root cause was sad — a consequence of relocating from his native New Orleans after hurricane-related flooding — but the performances were everyday magic. Often it would be just him at the piano as he played a broad selection of his hits, his non-hits, songs he had a hand in, songs he just liked. He would sing without affectation, tell stories as one would at the dinner table, and deviate frequently. It was obvious that he was a master musician, able to play Romantic classical masterpieces and Professor Longhair rhumba riffs in the same breath. He was also hosting you at his salon, with a genuine gentlemanly manner and a wink of vast experience.

American Tunes, released posthumously following his death last November, isn't designed to capture or simulate a live concert experience. But it does present a side of Toussaint he seemed to emphasize at those shows — an almost retrospective, autumnal focus on the ideas which made him and his music. This is a program of largely all-time-classic songs from jazz and pop history, emphasizing his hometown and personal hero Professor Longhair. Ellingtonia staples "Come Sunday" and "Lotus Blossom" are in the mix with "Big Chief" and "Mardi Gras In New Orleans"; equally on the level are tunes by fellow pianist-composer-virtuosi Fats Waller, Bill Evans, Earl Hines and even New Orleans' own Louis Moreau Gottschalk. It's hard not to read a subtext here: that all these songs belonged in the canon which gave rise to Toussaint and his city, and thus to the bigger picture of important American tunes.

This project was recorded with producer Joe Henry in two parts: one a solo session and the other with a rhythm section (bassist David Piltch and drummer Jay Bellerose) joined by special guests with their own slanted Americana: Bill Frisell, Charles Lloyd, Greg Leisz, Rhiannon Giddens, Van Dyke Parks. The delivery is generally elegant, as expected, with little mess around the edges, and taken alone the acoustic politeness could grow frustrating from a central architect of R&B and funk. (Toussaint's digressive, legato reading of "Big Chief" stands out.) But dapper and refined were his personal aesthetic guidelines in life as in music; this is his tribute, after all.

Toward the end, Toussaint selects "Southern Nights," a signature song and also a 1977 hit for country singer Glen Campbell. It's one of the few songs Toussaint ever wrote specifically for himself to perform (apparently inspired by fellow behind-the-scenester Van Dyke Parks' directive to "consider that you were going to die in two weeks"), and he initially saw little commercial potential for the languid pentatonic melody. He would play it toward the end of concerts, taking a long time to tell the story behind it, and the imagery of his unhurried porch-sits felt transportive. But here, it's just a florid instrumental, and only the penultimate song Toussaint chose. The record actually ends on a spare arrangement of Paul Simon's "American Tune," a poetic sketch of world-weariness and hoping against hope. Is that another cheeky wink? The bridge, after all, does include these lines: