Accessibility links
Solicitor General Donald Verrilli Steps Down The solicitor general argued cases ranging from his successful defense of Obamacare to advocacy on behalf of constitutional protections for same-sex marriage.

Donald Verrilli, Who Argued Groundbreaking Cases For The Government, Stepping Down

Donald Verrilli, Who Argued Groundbreaking Cases For The Government, Stepping Down 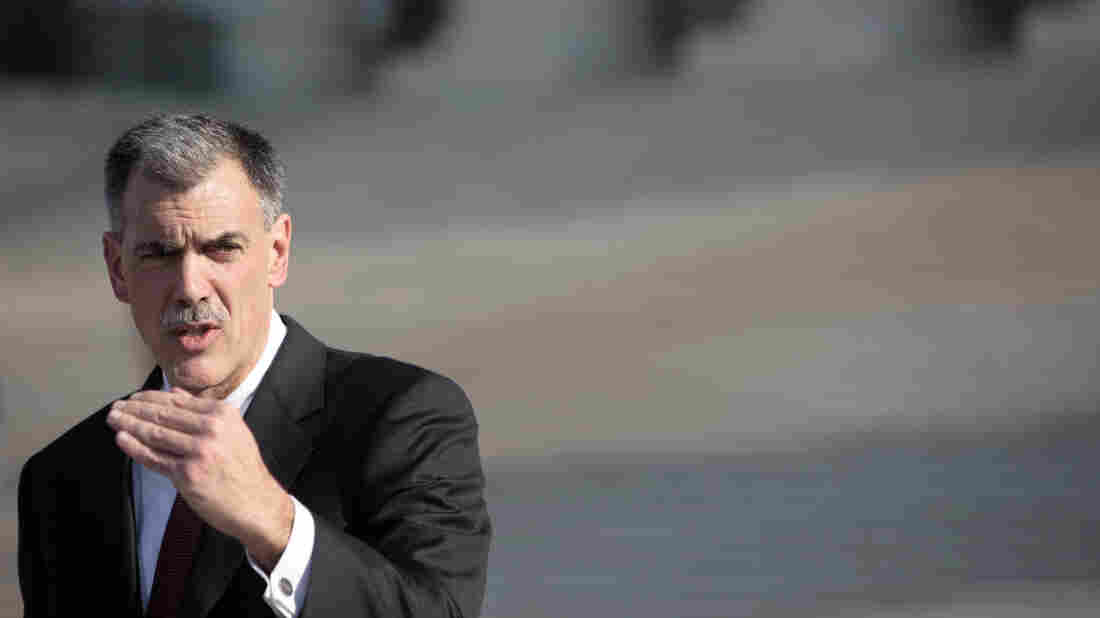 Donald Verrilli speaks to the press after the U.S. Supreme Court's hearing of a lethal injection case in 2008. Andrew Councill/MCT via Getty Images hide caption 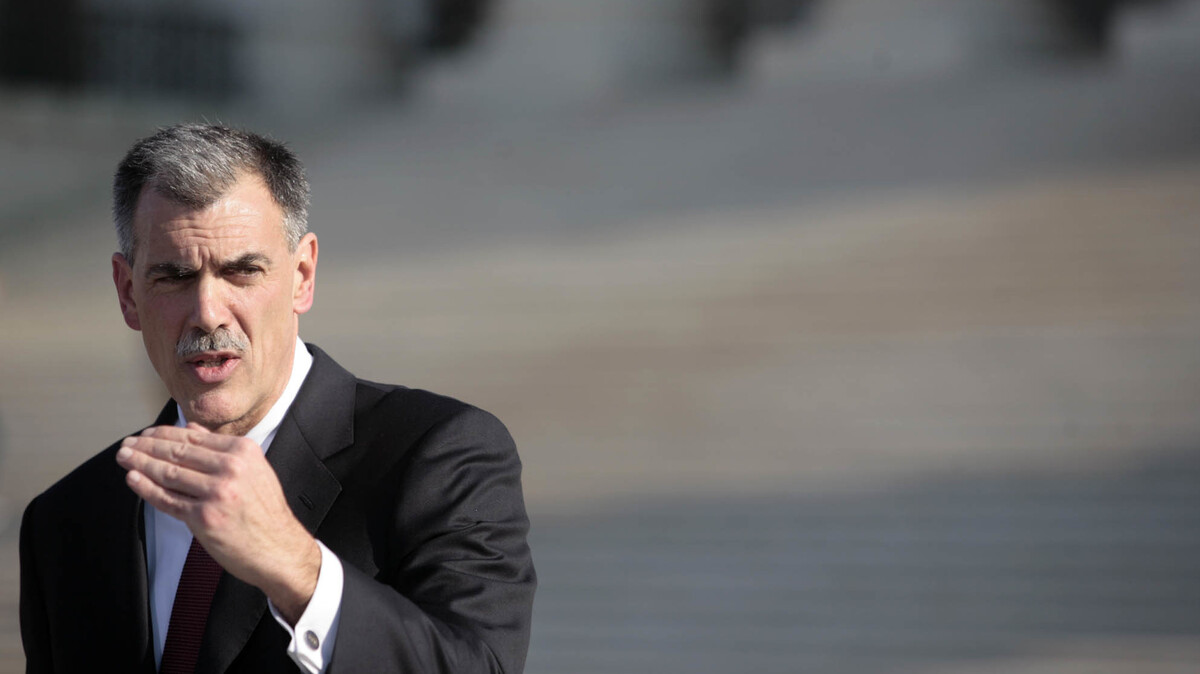 Donald Verrilli speaks to the press after the U.S. Supreme Court's hearing of a lethal injection case in 2008.

Most people don't know who Donald Verrilli is, but when major cases are argued before the U.S. Supreme Court, Verrilli is the man who represents the U.S. government. He is the seventh longest serving solicitor general in American history, having been in the position for five years, and now, he is stepping down.

President Obama announced Verrilli's imminent departure on Thursday, calling him "a dedicated public servant who has helped our nation live up to its promise of liberty and justice for all."

Solicitors general always argue some landmark cases. But Verrilli argued an astonishing number of groundbreaking cases ranging from his successful defense of Obamacare to his advocacy on behalf of constitutional protections for same-sex marriage.

Initially, his style was low key, seeking to have a conversation with the justices. But after about a year on the job, he decided he was being too deferential and that to be effective, he had to confront the justices more directly during oral arguments. The somewhat more aggressive style helped win important victories for the administration.

In the last analysis, though, it was Verrilli's judgment that so frequently impressed those inside and outside the administration.

In the Obamacare case, for instance, he fought White House insiders who didn't want the administration to argue publicly that the health care plan was a tax on those without insurance.

Verrilli insisted, believing that the administration should not sacrifice a major constitutional argument for political purposes if it wanted to win the case. In the end, the tax argument did prevail with the man who would ultimately cast the deciding fifth vote to uphold the law, Chief Justice John Roberts.

Verrilli is expected to leave his position near the end of June as the court is delivering its final decisions before leaving for the summer. He plans to vacation with his family for a few weeks and then to take some months to figure out what he will do next.

He will be succeeded by Ian Gershengorn, his principal deputy. By tradition, Gershengorn will likely serve until the next president is sworn in early next year.