Accessibility links
Boxing, Dancing And Growing Up In 'The Fits' Anna Rose Holmer's story of girls seized by seemingly unknown forces, and a new member of their group who must find her place among them.

Boxing, Dancing And Growing Up In 'The Fits'

Boxing, Dancing And Growing Up In 'The Fits' 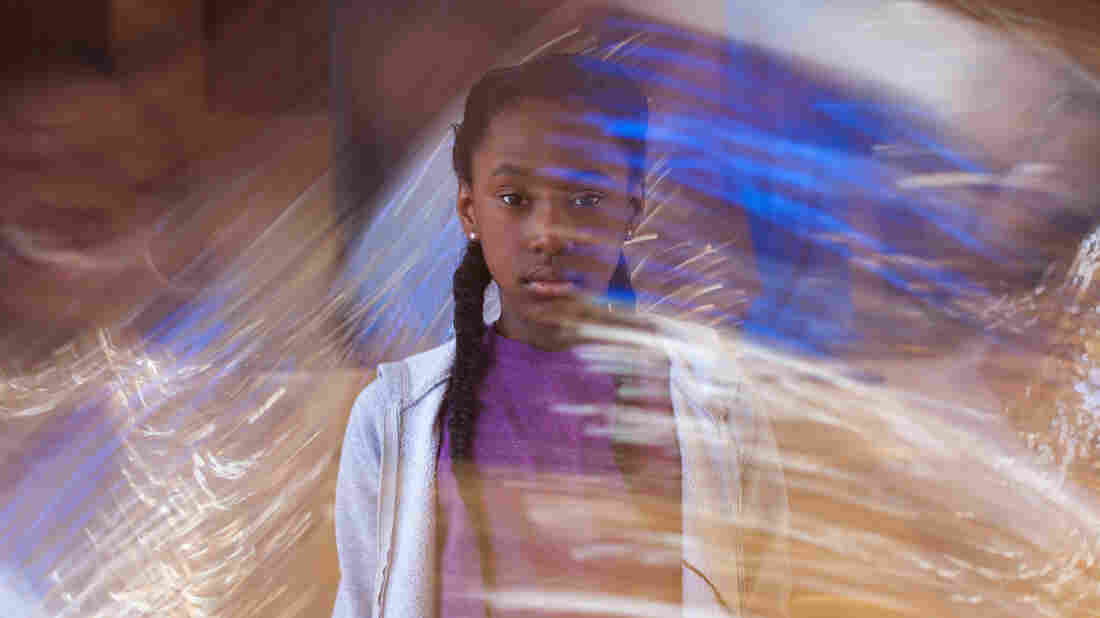 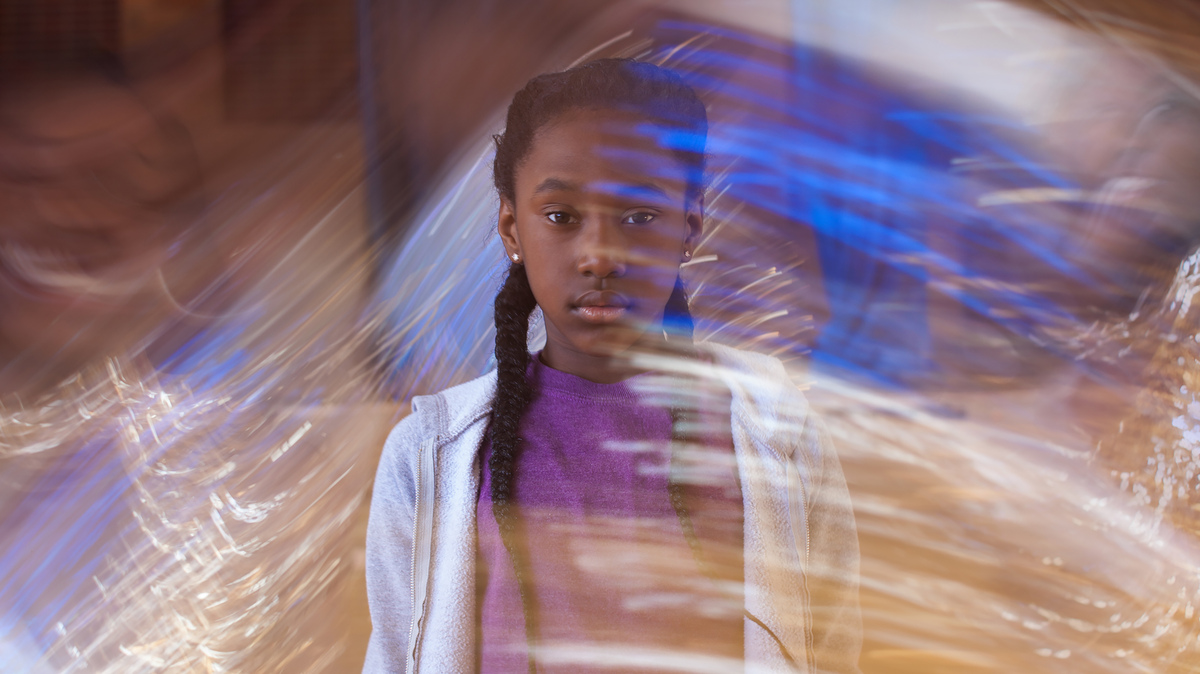 Royalty Hightower in The Fits.

The Fits is a movie that, if examined scene by scene and frame by frame, confirms its own uniqueness the way a conservationist might identify a member of an endangered species. The narrative directing debut of Anna Rose Holmer, the film mixes an all-amateur cast; a largely dialogue-free script; a whole lot of gliding and stationary long takes by cinematographer Paul Yee; and a scant 72-minute runtime to create the sort of mature and precise cinematic vision that is swiftly disappearing from the American landscape.

Set in and around a community center in Cincinnati's majority-black West End, the film swiftly introduces us to Toni (Royalty Hightower), a shy, tightly braided preteen tomboy whose steely gaze tells us far more than the few words she utters. Toni walks to the rec center every day with her older brother Jermaine (Da'Sean Minor) to box with the boys, and, presumably, so the siblings can stay out of trouble after school with no parents around.

But Toni shoots longing glances across the building to where the dance team (all older girls, all brimming with confidence and sexuality) practices their step routines. The team is played by the Q-Kidz, a real Cincinnati step team that also choreographed their own movements for the film — their founder, Marquicia Jones-Woods, is an Associate Producer. In a long tracking shot, the first of many instances where filmmaking technique doubles as character development, Toni lugs her heavy boxing equipment through a hallway while the dancers joyously sprint around her, hoisting their latest state championship trophy.

Soon there is a journey across the gym, as Toni ditches the boxing gloves for stretch pants and joins the new class of rookie dancers called "crabs." (The film embraces rhythm and body movement, and mines humor from the ways the crabs are frequently out-of-sync with routine, each recruit performing her own idea of what dancing looks like.) Not long after, dread sets in: One by one, each of the older girls experiences seizure-like twitching spells, where their eyes fixate on some far-away place while their bodies writhe with violence. Later, when she emerges from her stupor, one girl says the trip "was like I was watching it from above."

It's easy to guess what "the fits" are, or at least what they're meant to symbolize when they're only happening to teenage girls. But the film's tone is careful enough that it never feels like a one-trick pony. "Unsafe water" is suspected at one point, a prescient analogy for Flint (the bits of the outside we see, with weeds poking through the concrete, share the same imagery). And Hightower's silent-film expressiveness makes us feel the fear Toni has for the unknown. Her encroaching maturity is the crux the film hangs on, so small moments become prized gems, like a sequence where she and a crab friend (Alexis Neblett, very funny) sneak into storage to try on the new uniforms, blue-gold and sequined, and pretend they're older until something childlike happens.

The Fits is the latest in the recent independent film trend of a young, relatively untested white director crafting a narrative around a much younger, completely untested black lead. The club includes two other excellent features: fellow Sundance alum Morris From America (coming in August) and the Oscar-nominated fantasy opus Beasts of the Southern Wild. On the one hand, it's a sign that today's filmmakers are taking greater risks to tell stories across race and class boundaries; on the other, it carries a whiff of what could be called cinema gentrification, where the film itself exists outside the community in which it's set. It's fraught territory, and opinions run high: Slate's "black film canon," published this week, doesn't include movies, no matter their subjects, made by white directors. The website's Aisha Harris and Dan Kois wrote that they wanted to emphasize "the power of black people telling their stories."

So Holmer's movie, the most exciting American indie in years, won't be in this canon. But part of what makes The Fits so exciting is how it defies the very idea of a canon: it's made by women, it's telling a new kind of story about teenage girls, it's set below the poverty line but is not about poverty, and its genre is somewhere between social realism and comic-drama-horror. Like Toni, who floats on some unseen threshold between assumptions about ages and genders, The Fits invents its own kind of belonging.