Accessibility links
Paul Ryan Endorses Donald Trump The House speaker acknowledges he has had his differences with his party's presumptive nominee, but writes that Trump can help House Republicans enact their policy agenda if elected. 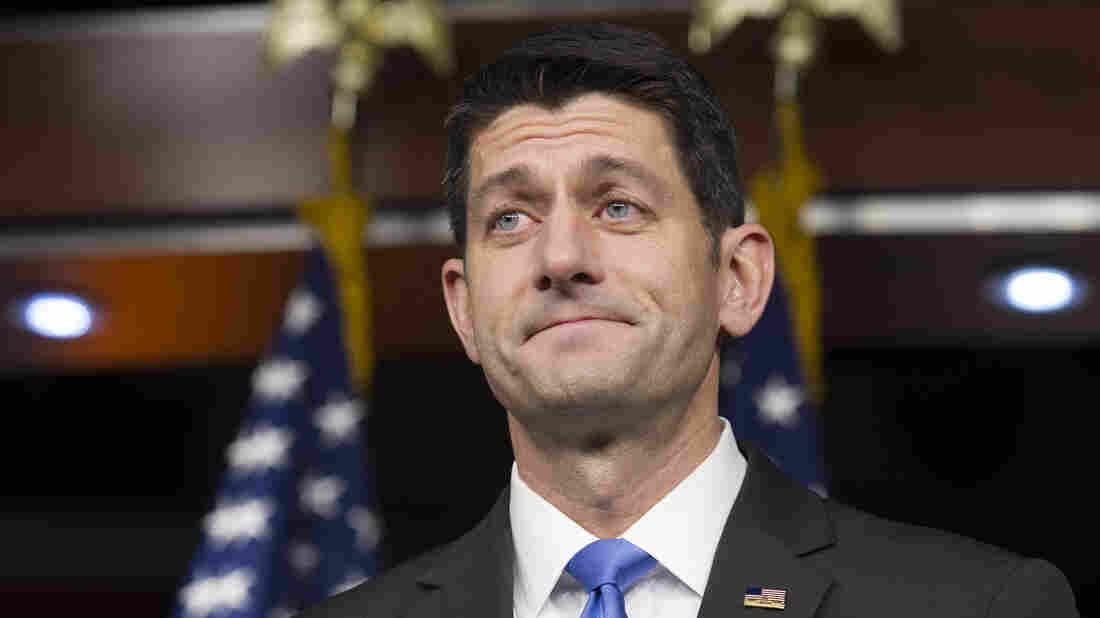 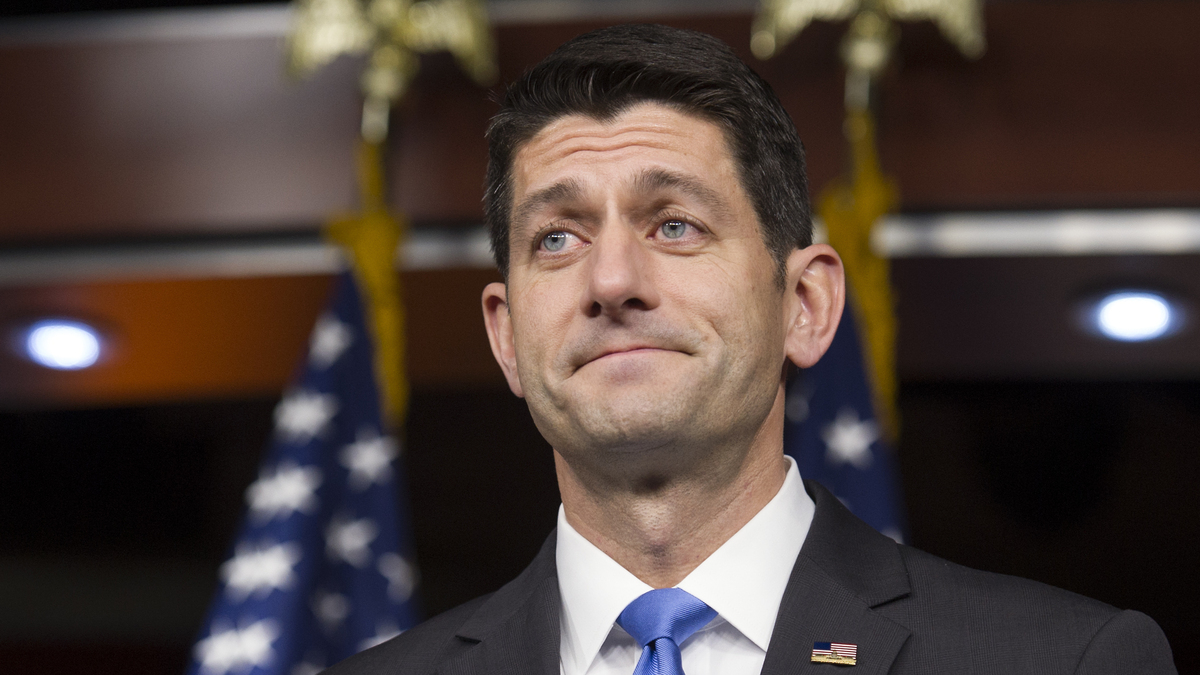 House Speaker Paul Ryan is ending his delicate dance around his party's presumptive presidential nominee, writing in an op-ed that he will vote for Donald Trump this fall.

The Wisconsin Republican has voiced reservations over Trump's tone throughout the campaign and disagrees with him on many policy areas. Last month, he met with the likely GOP nominee and withheld his endorsement. As recent as last week, he was still holding out.

But on Thursday he finally acquiesced. In a column in the Janesville Gazette, the speaker wrote that the two "have more common ground than disagreement." And despite never using the word "endorse" in the article, Ryan's spokesman confirmed it was an official endorsement.

The endorsement from the party's 2012 vice presidential nominee comes in the middle of controversy surrounding Trump University and its alleged strong-arm tactics. Ryan tweeted out the endorsement just as likely Democratic nominee Hillary Clinton was giving a foreign policy address lambasting Trump on national security, but his office denied that the two were planned to coincide.

I'll be voting for @realDonaldTrump this fall. I'm confident he will help turn the House GOP's agenda into laws. https://t.co/LyaT16khJw

But the official blessing also comes just before House Republicans are set to begin rolling out their own policy agenda this month. In the article, Ryan doesn't so much as praise Trump as he argues that a Republican president would ensure their legislative agenda becomes a reality:

How All Those Other States Spoiled California's Primary Story

Donald Trump and I have talked at great length about things such as the proper role of the executive and fundamental principles such as the protection of life. The list of potential Supreme Court nominees he released after our first meeting was very encouraging.

Through these conversations, I feel confident he would help us turn the ideas in this agenda into laws to help improve people's lives. That's why I'll be voting for him this fall.

Ryan acknowledged that he and Trump "have our differences" and promised that, "when I feel the need to, I'll continue to speak my mind."

But when it boils down, Clinton would not support their policy priorities, while, "Donald Trump can help us make it a reality," Ryan wrote.

Ryan had been one of the highest-ranking Republican holdouts on Trump. Both former Presidents George H.W. and George W. Bush say they aren't endorsing the presumptive GOP nominee, and his former rival Jeb Bush isn't either. And Mitt Romney, who picked Ryan as his running mate four years ago, has remained a vocal opponent of Trump even as he became the last GOP candidate standing.

Campaigning last week in New Mexico, Trump attacked the state's Republican Gov. Susana Martinez, the most prominent GOP Latina and the chair of the Republican Governors Association, after she hadn't yet endorsed him.

Ryan not endorsing Trump could have made for an awkward Republican National Convention this summer — the speaker of the House acts as the chairman of the convention.