Accessibility links
Prince's Cause Of Death Is Creating A Fight Over Whether To Crack Down On Fentanyl Drug A proposal by New Hampshire Republican Sen. Kelly Ayotte to increase criminal penalties for possessing fentanyl is drawing the ire of advocates, who want to treat drug use as a public health problem. 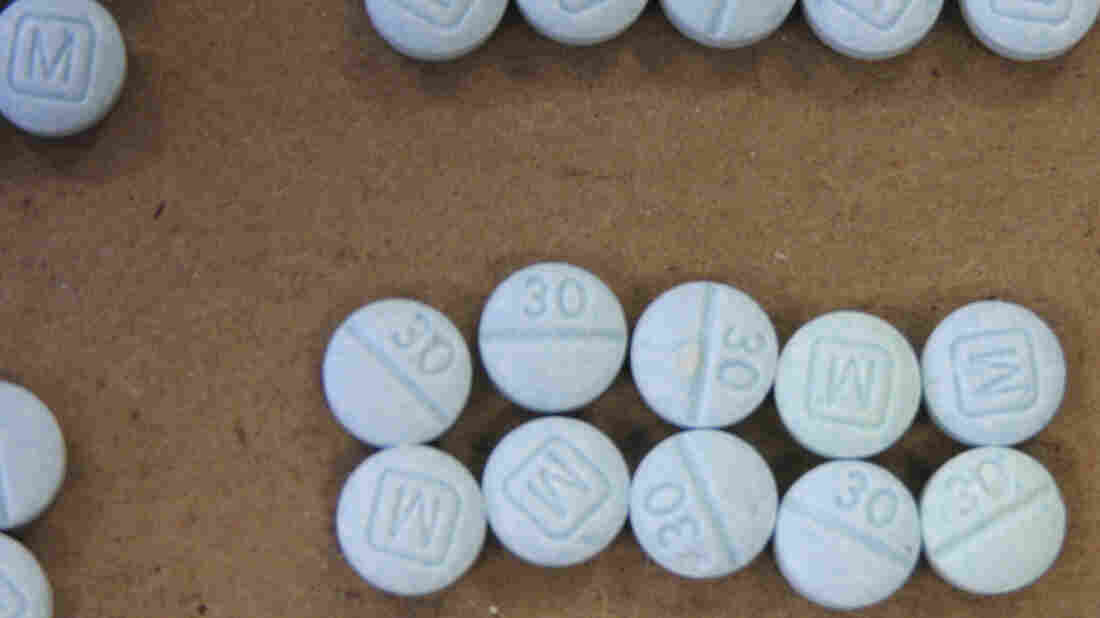 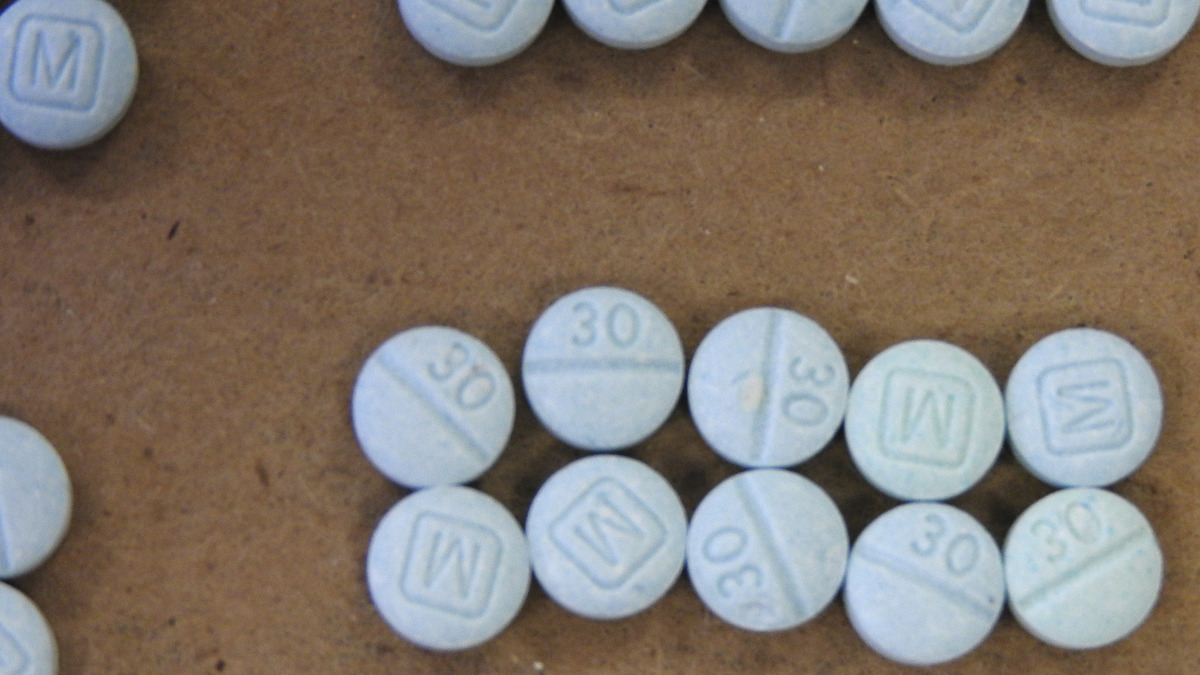 The pills displayed above by the Cuyahoga County (Ohio) Medical Examiner's Office are fentanyl being sold illicitly as the drug Oxycodone. Fentanyl, a powerful opiate, is the same drug believed to have caused Prince's death. Lawmakers are debating ways to cut down on its use.

Criminal penalties for possessing the highly addictive opioid substance that authorities say killed music star Prince could soon be going up, if one senator gets her way.

New Hampshire Republican Kelly Ayotte has offered amendments to a defense spending bill that would trigger a mandatory, minimum five-year prison term for anyone caught with as little as half a gram of fentanyl. The current trigger for such a punishment is 20 times that amount of the drug. Fentanyl is often used in hospitals to treat severe pain.

In recent years, it has contributed to a spike in overdose deaths, particularly in New England. The danger of the drug is not in dispute. But advocates are bitterly divided over whether to treat fentanyl use as a criminal justice crisis or a public health emergency.

That debate turns to Capitol Hill next week, when the Senate considers the National Defense Authorization Act and the Judiciary Committee holds a hearing on Tuesday about "deadly synthetic drugs."

A bipartisan group of lobbyists and interest groups, who have been pressing Congress for years to roll back penalties for drug crimes, calls the proposal a "huge step backward."

"There's a strong push to do criminal justice reform for drug-related crimes," said Michael Collins, deputy director of the Drug Policy Alliance. "This flies in the face of all of that."

Collins said half a gram is so little that, if a prosecutor wanted to build a case against someone who used the drug — like Prince — in theory, that could subject him to a minimum five-year prison term.

"Intent to distribute" has to be proved, but, as Collins points out, trafficking charges are often easily tacked on by a prosecutor saying a user planned to sell it to a friend. That's exactly what often happened with crack cocaine.

How The Prescription Painkiller Fentanyl Became A Street Drug

Fentanyl use in the Northeastern U.S. has risen "exponentially" over the past two years, according to the Drug Enforcement Administration. In 2014, heroin traffickers began spiking that drug with fentanyl to boost its strength. A DEA spokesman said fentanyl is 25 to 50 times stronger than heroin — and also more profitable for drug cartels.

"People who engage in criminal behavior like drug use are not deterred by harsh penalties," Jason Pye of the conservative advocacy group FreedomWorks wrote in a new blog post. "They commit crimes because of addiction and the chances they will not be caught. ... There is very little reason to believe that harsher penalties will deter use."

Pye said that the best response is not punishing addicts, but rather offering them more drug treatment and targeting enforcement efforts at the international drug trade.

"Though the DEA estimates that fentanyl is up to 50 times more powerful than heroin, the penalties for trafficking in the two drugs are significantly different," Ayotte spokeswoman Chloe Rockow said in an emailed statement. "As New Hampshire battles a growing substance abuse crisis, the state has seen an increase of overdose cases linked to fentanyl. With support from NH law enforcement, Senator Ayotte introduced legislation — and this amendment — to ensure that the penalty for trafficking in fentanyl reflects the deadliness of that substance."

Rockow added in updated emailed statement: "Senator Ayotte also knows that we can't arrest our way out of this problem and has been a strong advocate for a comprehensive approach to this crisis – one that includes resources prevention, treatment, and education, like the Senate-passed Comprehensive Addiction and Recovery Act that she helped introduce."

New findings from a medical examiner about the death of Minneapolis-based star Prince have once again vaulted fentanyl into national headlines. The brief report released this week attributes the musician's death to a self-administered dose of the drug.

For drug-policy experts, the echo to a long-ago fight over the danger of drugs is both familiar and alarming. In 1986, basketball star Len Bias died of a crack cocaine overdose at age 22. Lawmakers swiftly passed mandatory minimum penalties that have since been criticized as contributing to racial disparities in punishment and overcrowded prisons.

"We've been here before," Collins said. "We're seeing the same type of hysteria around fentanyl that we saw in the 1980s around crack."