This 'Hero Of France' Is A Truly Decent Man

This 'Hero Of France' Is A Truly Decent Man 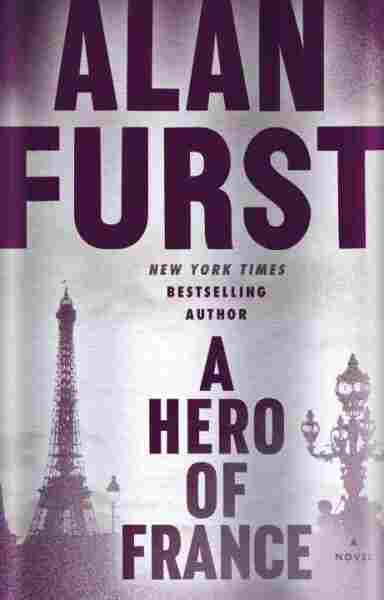 A Hero of France

Long ago, a friend expressed astonishment that I had never read the novels of Dick Francis. She lent me one and said if I hated it, "it is all over between us, Bethanne."

I know why she said that: Every Dick Francis book features The Decent Man as its hero. Alan Furst does not write formula mysteries a la Francis, but his elegantly wrought World War II-era suspense novels do frequently feature The Decent Man.

The Decent Man is not a stock hero; he's an archetype, a yardstick, a bulwark in rough seas. He appears in many forms of literature, from low to high — and sometime's he's a she. Nick Carraway of The Great Gatsby is a Decent Man; so is Updike's Rabbit Angstrom, and don't forget Brienne of Tarth.

In A Hero of France, Furst's decent-man protagonist is Mathieu, the leader of a French Resistance cell, whose fundamental goodness shows in his smallest gestures. Part of the book's power resides in how Furst uses the wartime scarcity of everything — food, clothing, hours of the day, kindness — to evoke immediacy.

Some of Furst's 18 novels feel lush, especially when his settings begin in society environs — and the trouble with all that lushness is it can distance readers, reminding them of the book's historicity. For example, Mission to Paris begins "In Paris, the evenings of September are sometimes warm, excessively gentle, and, in the magic particular to that city, irresistibly seductive. The autumn of 1938 began in just such weather and on the terraces of the best cafés, in the famous restaurants, at the dinner parties one wished to attend, the conversation was, of necessity, lively and smart: fashion, cinema, love affairs, politics, and, yes, the possibility of war — that too had its moment." (The Foreign Correspondent opens similarly: "In Paris, the last days of autumn; a gray, troubled sky at daybreak, the fall of twilight at noon ..." Similarly? Or do I mean cannily?)

A Hero of France starts with one terse sentence that switches up location and season: "Occupied Paris, the tenth day of March, 1941." Part of Furst's "Night Soldiers" series (if the word "series" even applies to books united by voice, tone, and global conflict yet not by plot, character, or setting), it's fitting this novel be more somber in atmosphere.

The following paragraphs echo the change, noting the citywide blackout curtains, vehicle-free silence, and a beautiful woman wearing "ski pants — warmer than a skirt." We're in Vichy France: Even fashion has capitulated. Furst's careful details are here in full; British pilots trained to find "a local priest" if they bail out over France, a woman resorting to vanilla extract as perfume, a nickname for a wall of execution. Deprivation has become commonplace; unfortunately, self-denial doesn't follow suit.

Mathieu and his colleagues, including the exceptionally brave Chantal (one of the finest scenes is of Chantal helping people on a train) work with a tight community that even includes the proprietress of an occult shop, but that community is painfully small. Each link in its chain depends on so many factors; modern audiences may not fully grasp how essential fidelity to "La France" was to Resistance members. Mathieu's patient dog is even named "Mariana" in keeping with the French national symbol "Marianne."

The end of the book is nostalgic and perhaps a soupçon pat, unless you pay attention to how Furst refers back to the links of his story's chain. There are villains. There are people who use each other. There are obligatory sex scenes and yet, and yet — in the midst of one that's naughtier-than-usual, Mathieu remarks to his lover Joëlle that "Women are just as wicked as men, even worse, once they feel free." So much of Furst's strengths, past and future, rest in this statement: The knowledge of human nature, the belief in liberty, and the understanding that women can be men's equals in courage as well as pleasure. Instead of a book where characters mourn bygone pleasures, in A Hero of France they savor the fleeting ones of the present.