Accessibility links
Nestpionage! And Other Feathered Curiosities From History A warbler helps solve a spy case, and a birdwatcher turns out to be a notorious murderer. Talkin' Birds host Ray Brown speaks about birds in history. 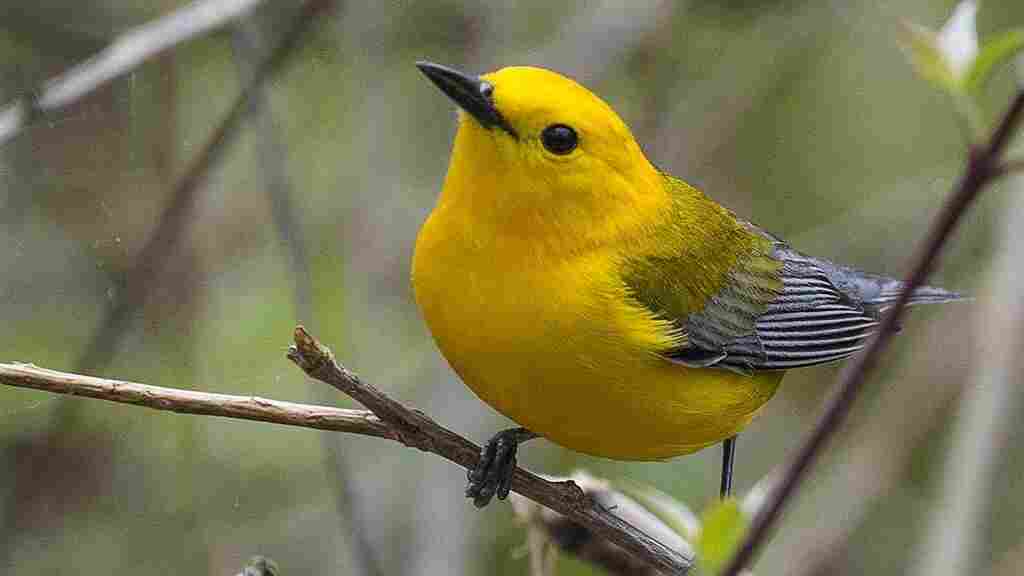 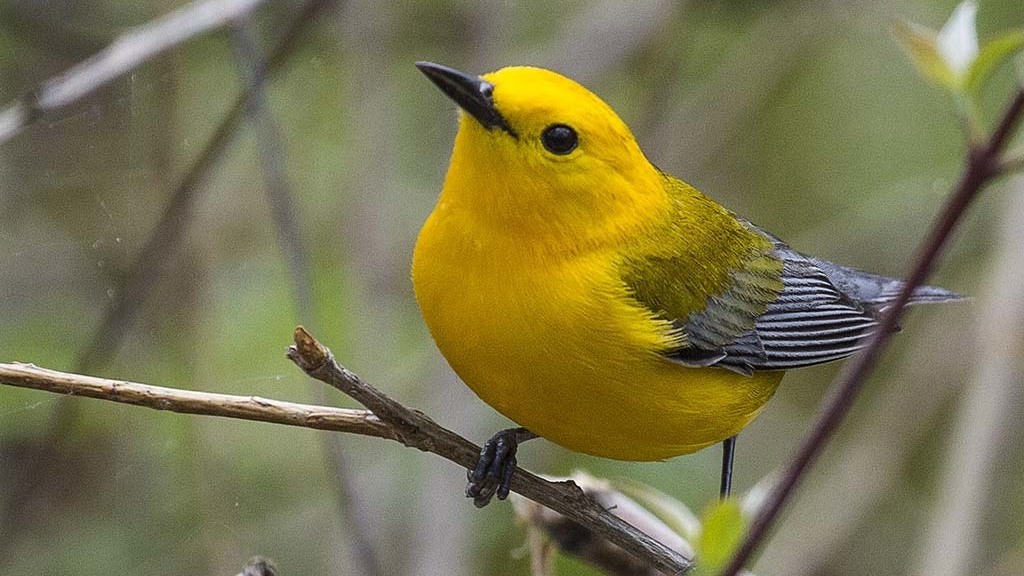 The prothonotary warbler can be found in the eastern United States.

Not everybody's heard about the bird.

That's the case even with some well-known events in history. According to Ray Brown, who hosts the radio show and podcast Talkin' Birds, birds — or more accurately, birdwatchers — have had prominent roles in a few cases of espionage, murder and intrigue.

Brown talked with NPR's Scott Simon about these ornithological curiosities.

During the Red Scare. Or maybe, yellow-orange

A bird that can claim connection to the U.S. House Un-American Activities Committee. It's the prothonotary warbler. [It] relates to an incident in 1948 when a former avowed communist named Whittaker Chambers testified before that committee that he and Alger Hiss had engaged in espionage against the United States.

During the testimony Chambers said that Hiss was a birdwatcher and had once bragged about seeing a prothonotary warbler near the Potomac River in D.C. And that testimony convinced many members that the two men knew each other, as Chambers had claimed. Hiss denied.

Well Chambers escaped punishment as a cooperative witness. But Hiss, the birdwatcher, ultimately went to jail for perjury.

On the role of a bird in a murder case

That famous murder case was that of Leopold and Loeb in the early 1920s. Nathan Leopold had a hobby of ornithology and he was quite an expert — probably knew more about a rare bird, or pretty rare bird, called the Kirtland's warbler than anyone else in the country.

He made a trip to northern Michigan and when he came back to his Chicago area he developed a new interest — along with a very close friend of his, Richard Loeb — and that was the interest in committing the perfect crime. Well they kidnapped and then killed a young friend called Bobby Franks.

And the crime was exposed when police found an unusual pair of eyeglasses at the scene of the crime that turned out to belong to Leopold. He claimed that those glasses fell out of his pocket while he was doing some birdwatching. But at the trial, he couldn't replicate those glasses falling out of his pocket. That was one of the things that to his conviction, or both of them being convicted.

Loeb was killed in prison by a fellow inmate. Leopold was released 33 years later and again became a birdwatcher. It's pretty amazing, Scott, he moved to Puerto Rico and published a checklist of the birds of Puerto Rico in the Virgin Islands. And by the way, that Kirtland's warbler — first bird ever to be listed under the Endangered Species Act — is making something of a comeback. May be kind of ironic that it may owe its survival in part to the work of Nathan Leopold.

On the dangers of birdwatching

We had a Boston-area birder a couple of years ago who was birding in the wintertime up in the North Shore just north of Boston, out on a marsh, looking for wintering ducks and such.

The problem was that right across on the other side of the marsh were some private homes. Well the folks over there, I guess they weren't birdwatchers, they saw this guy with binoculars and figured he was a Peeping Tom. Anyway, they called the police. The police came and suggested to the birdwatcher that — hey, there are no birds around in the wintertime, so you must be a Peeping Tom. They released him after further questioning. He didn't exactly make history, Scott, but he did get on the 11 o'clock news.