Accessibility links
'Magic And Loss': Cat Videos And All, The Internet May Be Humankind's Greatest Masterpiece In her new book Magic and Loss, Virginia Heffernan makes the case for the Internet as art. Just look at Twitter, she says. "It's hard to think of a time when poetry was more powerful." 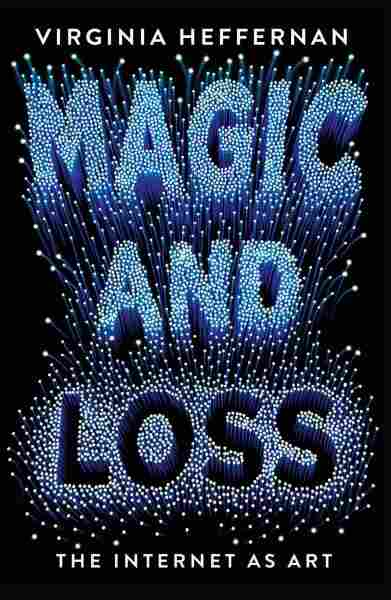 The Internet as Art

When you look up at a starry night sky, it may make you feel small and insignificant — but it's also beautiful and awe inspiring. That's the feeling author Virginia Heffernan thinks we should be getting when we behold the Internet.

"Google organizes all the world's information," Heffernan tells NPR's Rachel Martin. "There's no way that one small person in our small, fathom-long bodies, could imagine containing all that information."

But instead of feeling impressed, the Internet makes us feel inadequate. "Instead of saying, 'wow' ... we end up beholding the Internet and then telling ourselves that we must be brain damaged because we can't take all this in," she says.

Heffernan believes the Internet is a work of art. In her new book Magic and Loss, she describes the web as "the great masterpiece of human civilization."

Heffernan talks with Martin about the history and collective culture of the Internet, and explains why we must allow the Internet to be bigger than we are so that we can stop "sell[ing] our souls to try to approximate it."

On how she reviewed TV in the arts section of The New York Times, when elsewhere in the paper, TV was treated as a public health hazard

We were publishing articles saying television shortens your attention span, fattens us up, makes us lazy, makes us lethargic, keeps us from our studies, and then on the arts pages talking about palette, talking about structure, talking about language, talking about characters, talking about pacing and music — all the things that you associate with art criticism. I decided to make a virtue of that. [I ] think that television, and later the Internet, gets some of its virtues in opposition to a culture that also calls it diseased.

It's very energizing for a new art form or energizing for a new cultural form — like it was for punk music, like it was for Shakespeare's bawdy plays and comedies, like it was even for sentimental novels to be called "bad for you" — what makes you indulge in it more. It drives up the price of it so people start writing better and better and with television it ended in these so-called "bingeworthy" shows ... that are maxi-movies and certainly on par with the best movies in the theater right now.

On tweets as poetry

Our description of a tweet [is that they] are like the diseased firings of our addicted minds, but when you get the sensory, emotional feeling of producing and consuming tweets, you're slaving over a very short-form kind of communication that you have to keep to characters. Anyone who experimented with writing — forget even about haiku — but really challenging acrostics or villanelles, knows that there's something fun about trying to fit a thought into a tight form like that. ...

In this century we are so literate, such fanatical readers ... that you will risk a fatal car accident to continue texting — literally interacting with text, reading it, writing it.

These 140-character-long epigrams — they could get people fired, they could get people elected, they can divide friends, they can unite friends, they can brighten someone's day or wreck someone's day. ... It has power. ... Slaving over language to make it consequential, writing very formally and writing for a potentially big audience with impact — that sounds like we are in the age of poetry. It's hard to think of a time when poetry was more powerful.

I think we are reading more than ever before. ... The 20th century associated literacy and learning with a love of books: the codex that has a right-left page, and has a cover, and can be collected, and can collect dust, and be in libraries. That was a 20th-century phenomenon. In this century we are so literate, such fanatical readers — let's put it this way — that you will risk a fatal car accident to continue texting — literally interacting with text, reading it, writing it. Apparently driving while texting is now a bigger problem than driving while intoxicated. It is our chief intoxicant: writing and consuming words.

Read an excerpt of Magic and Loss