Accessibility links
Puerto Rico Victory Puts Clinton Just Short Of Being Declared Presumptive Nominee Hillary Clinton stands on the verge of history, as she looks to become first woman to win the nomination of a major party with contests on Tuesday. 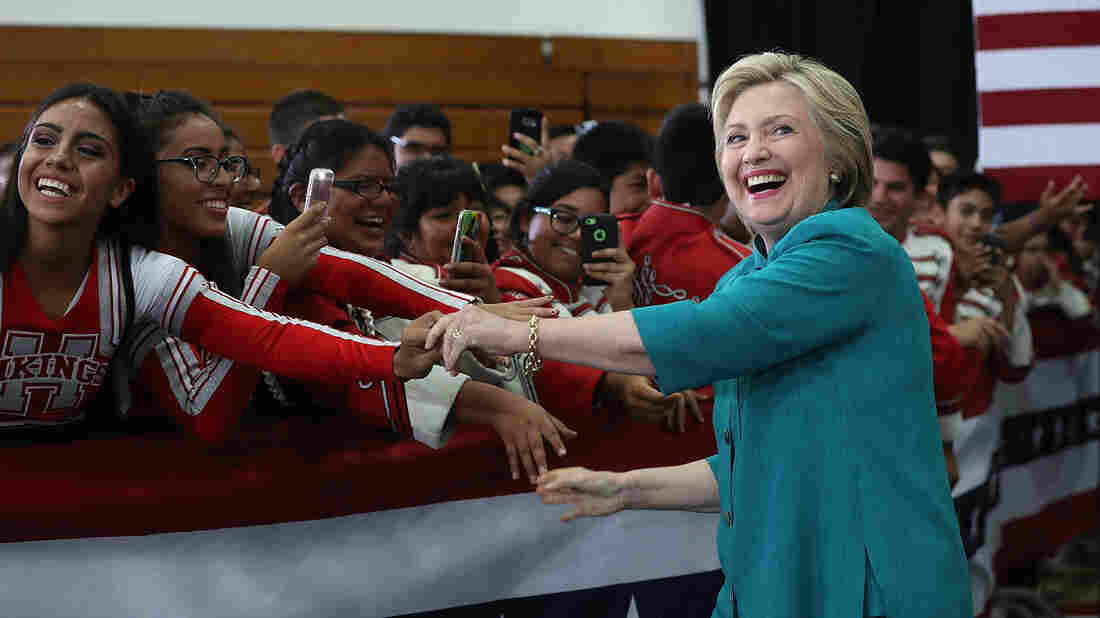 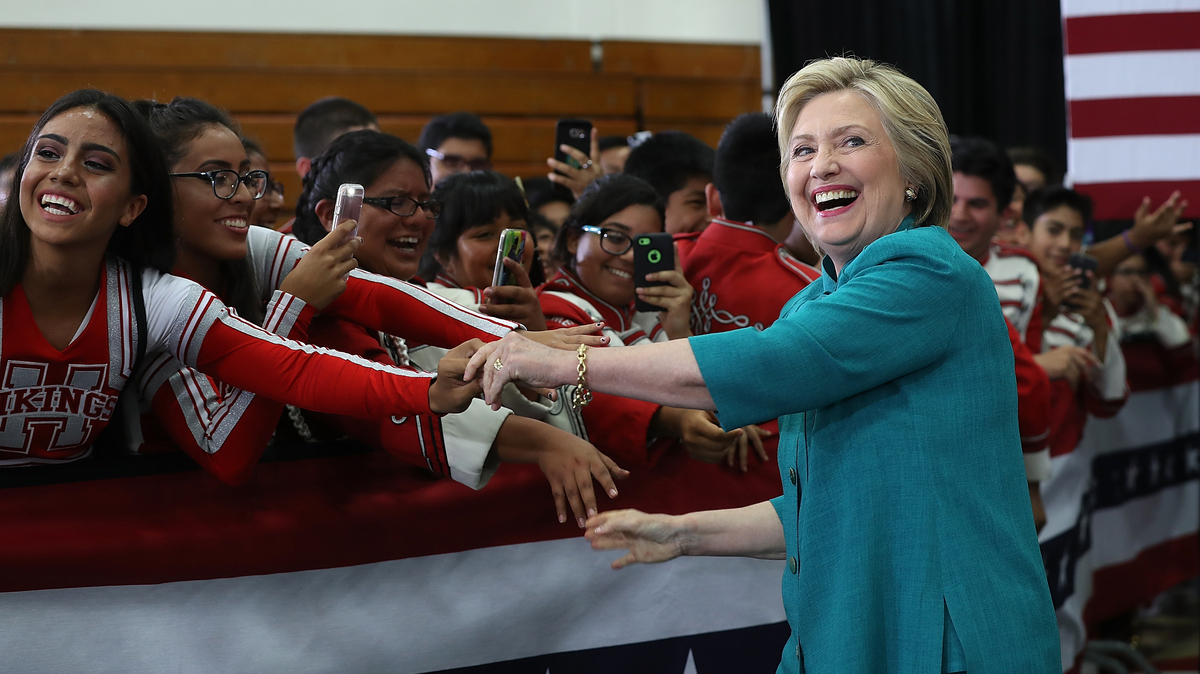 With about a quarter of precincts reporting, Clinton had about two-thirds of the vote. Vermont Sen. Bernie Sanders had about one-third.

Delegates from Puerto Rico put Clinton just shy of the 2,383 delegates she needs to clinch the Democratic nomination — and become the first woman to win the nomination of a major party in American politics. The Associated Press puts her less than 30 delegates from that threshold.

That count includes superdelegates, elected officials and other party leaders who have publicly pledged to support Clinton or rival Bernie Sanders at the Democratic National Convention this summer.

Both Clinton and Sanders campaigned in Puerto Rico. They disagree over legislation in Congress to restructure the island's massive debt. Both initially expressed reservations about the plan and its creation of a control board to oversee the process. Clinton backed the bill a couple of weeks ago. "I will work to ensure that concerns about the oversight board are addressed," she said in a statement. "And any such entity includes members that will act in the best interest of Puerto Ricans." Sanders has remained vociferously opposed to the proposed control board.

Clinton also sent campaign advisers to the island in April to investigate the spread of the Zika virus there.

Clinton also won there in 2008. Like other U.S. territories, Puerto Rico does not vote for president in the general election, so primary contests are Puerto Rican voters' only chance to cast a ballot in the presidential race.

Looking ahead to Tuesday's contests, Sanders asserted this weekend that Clinton will not be able to clinch the nomination because it's unlikely that she will have enough pledged delegates to reach 2,383.

"At the end of the nominating process, no candidate will have enough pledged delegates to call the campaign a victory," Sanders contended at a press conference in Los Angeles on Saturday. "They will be dependent on superdelegates. In other words, the Democratic National Convention will be a contested convention."

However, Clinton leads Sanders in superdelegates by about 500. He argues that they could still switch their support, though there has been no evidence of any shift coming.

A major shift, in which some 400 superdelegates would need to switch allegiances to hand Sanders the nomination, is unlikely considering Clinton's close connections throughout the Democratic establishment that Sanders lacks as a long-time independent.

What's more, there is little argument for them to do so, given that Clinton also leads Sanders by about three million popular votes and has a substantial lead in pledged delegates. She will almost certainly end the primary season with a majority of pledged delegates.

Though Sanders argues, based on polling, that he is the strongest candidate to take on Donald Trump, for superdelegates to switch en masse and hand Sanders the nomination, it would mean overriding the will of the majority of Democratic primary and caucus voters — something Sanders supporters warned against earlier in the campaign.

The race between the two in California remains very close. If Sanders wins California, it will not be enough to deny Clinton the nomination, but it would be an important symbolic victory as Sanders has pledged to carry his fight to the Democratic convention in Philadelphia at the end of July. Sanders would likely use that leverage to argue for the Democratic Party to eliminate the role of superdelegates and open all its primary contests to independents, who have been more favorable to Sanders than registered Democrats.