Accessibility links
Who's In Charge? Getting Western States To Agree On Sharing Renewable Energy California has so much solar energy that some days, there's too much. One solution is to join forces across state borders. But in the West, that's sparking some not-so-neighborly opposition. 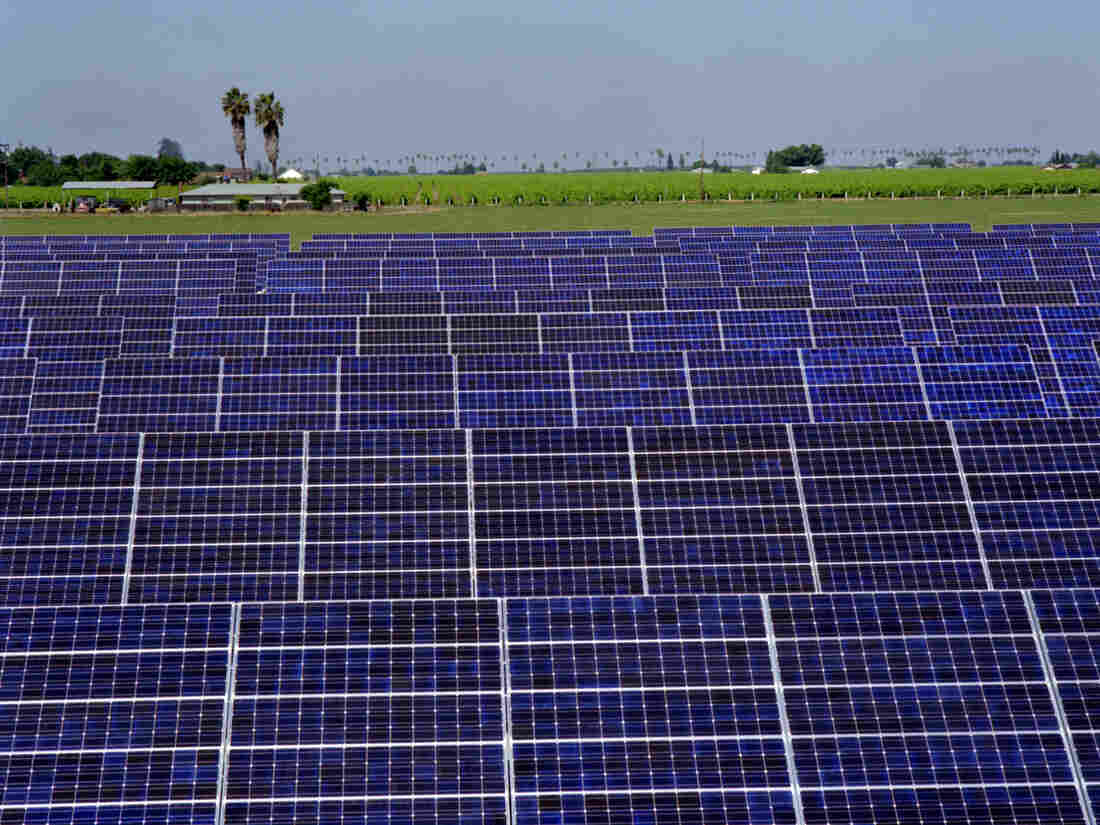 On some sunny, spring days, California has more electricity than it can use, like from this solar farm in Fresno. Terry O'Rourke/NREL hide caption 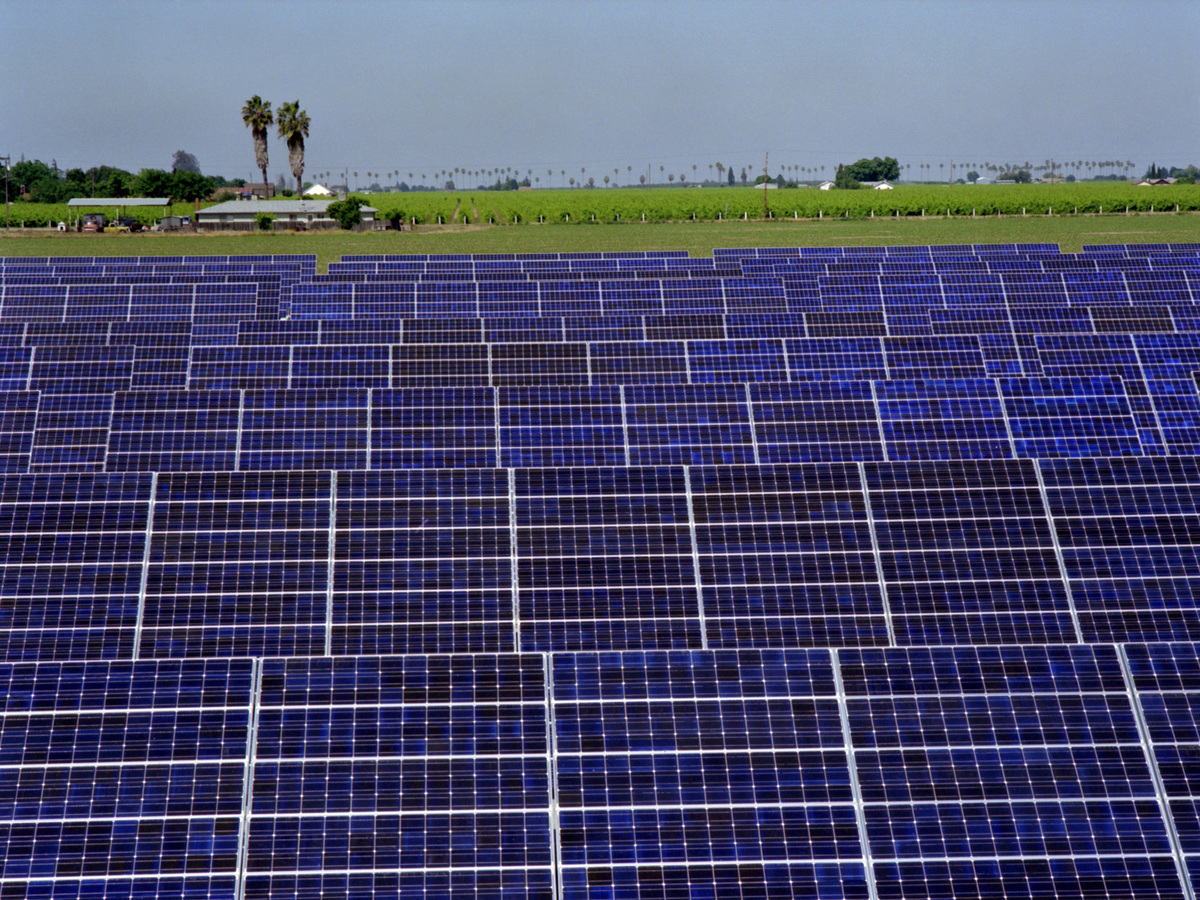 On some sunny, spring days, California has more electricity than it can use, like from this solar farm in Fresno.

In California, there is so much solar energy that grid operators have to switch off solar farms. One solution of dealing with the additional power generated is to share the renewable wealth across state borders – but in the West, it's sparking some not-so-neighborly opposition. 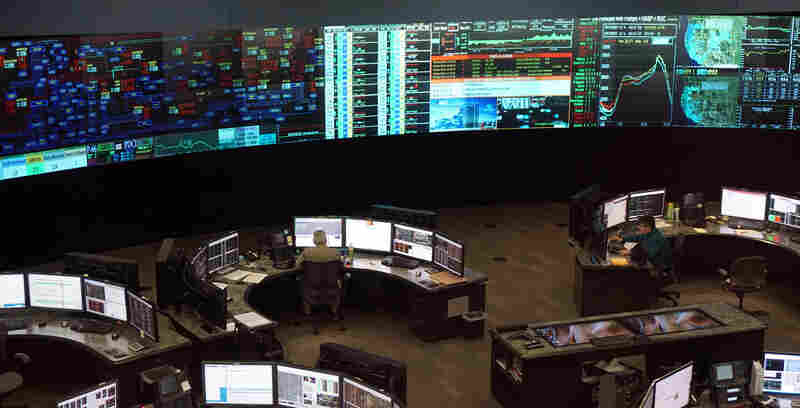 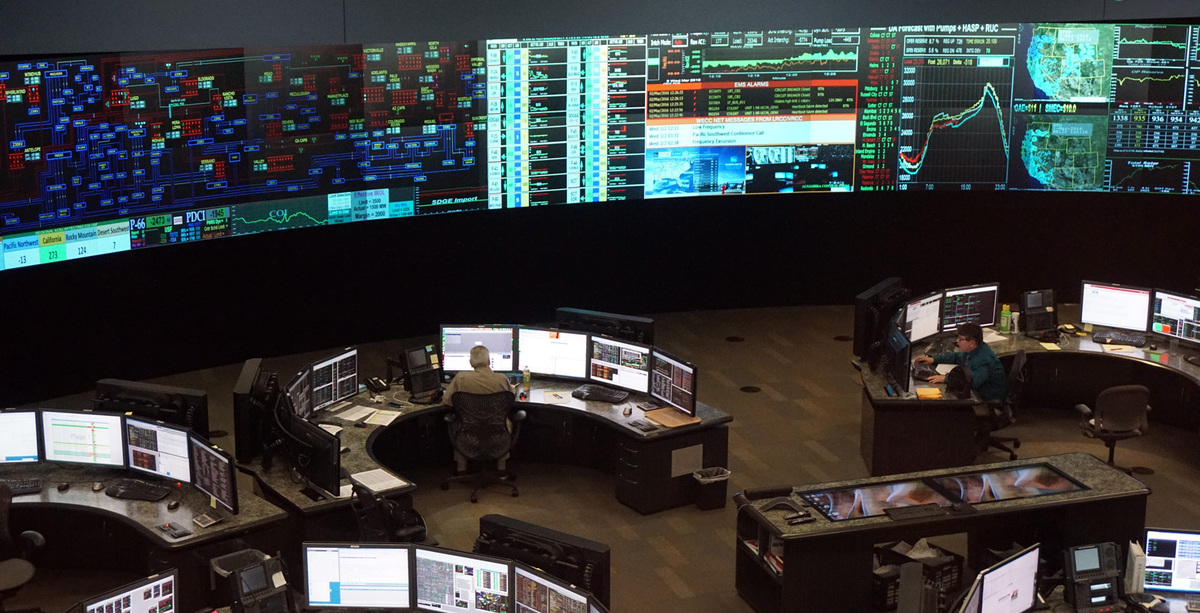 Nancy Traweek's job is to balance California's electrical grid at the California Independent System Operator, keeping the lights on for 30 million people. She relies on huge natural gas power plants that put out a steady stream of electricity.

But lately, Traweek's job has gotten harder because of solar and wind power. If clouds come in, solar power drops off.

"That needs to come from somewhere else immediately," she says.

So Traweek has to keep the natural gas plants going in the background in case that happens. But running solar, gas and wind together is a problem because on certain days, they make more power than California needs. Traweek will have to tell solar farms to shut off.

"Now, we really gotta start cutting as much as we possibly can," she says. "If that's not done, then you could have a blackout."

One solution to avoid that situation is for California to join up with other Western states.

Right now, California's grid runs mostly on its own, like an island. But if there was one big Western grid where states could share power, it would be easier for California to hit its goal of 50 percent renewable energy by 2030.

"If you can operate it as an integrated whole, you can just operate the system more efficiently," says Keith Casey, who also works at the California grid operator. "It's a win win."

When California has too much solar power, western states would buy it instead of having to switch off those solar farms.

This marriage of electric grids would start with PacifiCorp, a utility in Oregon, Utah and Wyoming, where negotiations are already underway. But PacifiCorp isn't a partner everyone wants to get in bed with — because much of their electricity is generated by coal.

"Will California actually lose the ability to lead on climate issues if it gives up its power to Utah and Wyoming?" Ritchie says.

Those states feel the same way about California – for the opposite reason.

Wyoming's Public Service Commissioner Bill Russell is one of the regulators who would need to bless a Pacificorp-California marriage. As it's currently proposed, he's not inclined to do that. 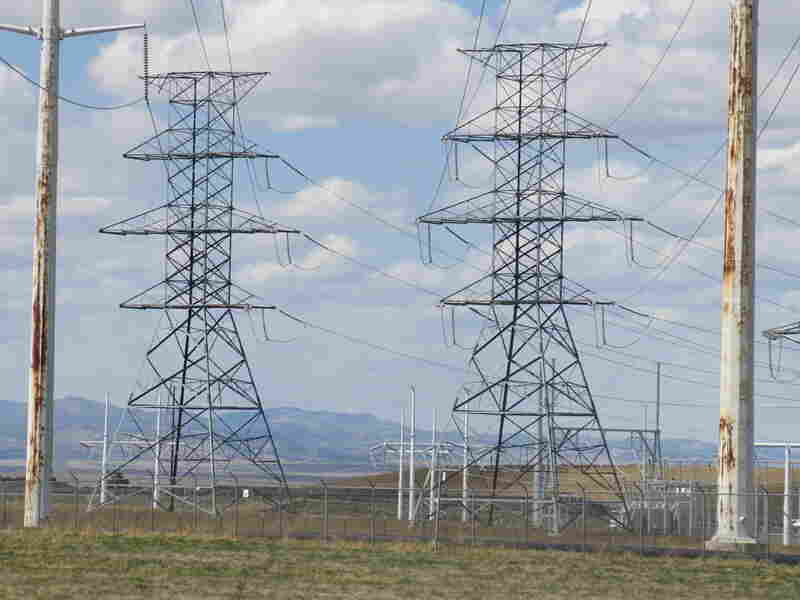 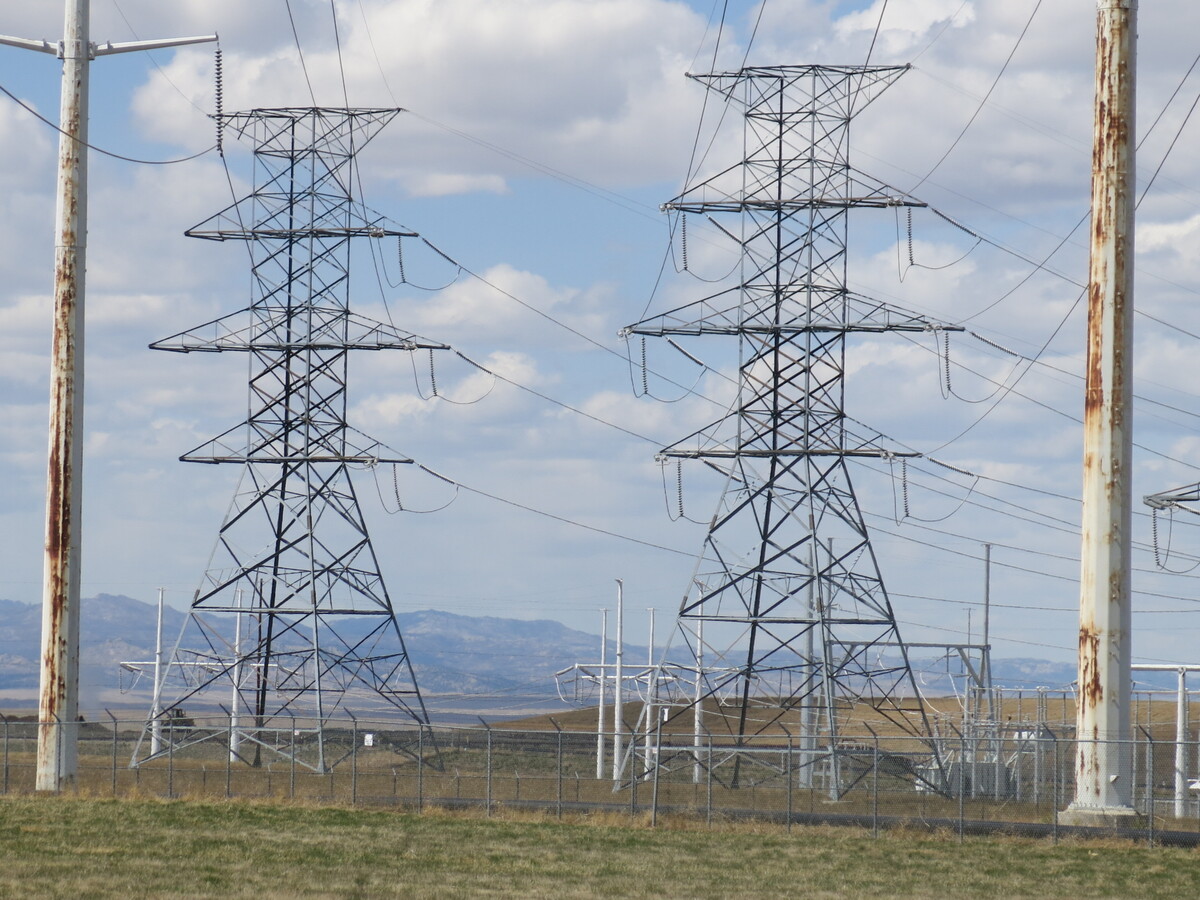 Policies like California's commitment to renewable energy are not shared by Wyoming, the nation's largest coal-producing state.

But California isn't the only one who might benefit from sharing electricity between western states. An initial study by Pacificorp estimated its customers would save $2 billion over 20 years, which is why Russell isn't dismissing the idea outright.

Sharing Energy Across States Is Not A New Idea

Regional grids like the one proposed to share all kinds of power already thrive in the Midwest, New England and in the mid-Atlantic. But western states have resisted similar arrangements in the past.

"Politics, at the end of the day, are going to be the biggest obstacle," says Cindy Crane, CEO of Rocky Mountain Power, the Pacificorp subsidiary in Wyoming, Idaho and Utah. She worked on some of the previous efforts to integrate the western grid. She says she is hopeful this time will be different.

"I think it has a better shot, but there are some pretty big threshold issues to get through," Crane says.

If those issues can't be overcome, California will have to find a way to store all the extra renewable energy from wind and solar, which is difficult and expensive.

In the end, the West may soon find that it can't afford not to share.