Accessibility links
'Angie Tribeca,' Comedy Backscratcher, Returns For New Adventures The TBS slapstick cop comedy is back for a second season, and it's just as ridiculous and fast-paced as it's been all along. 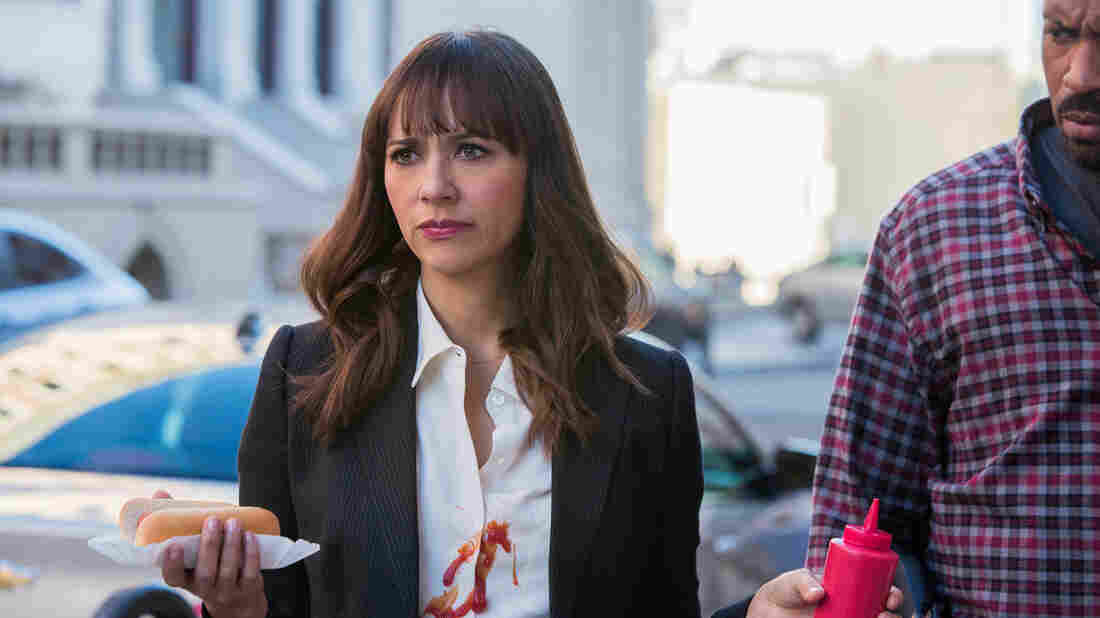 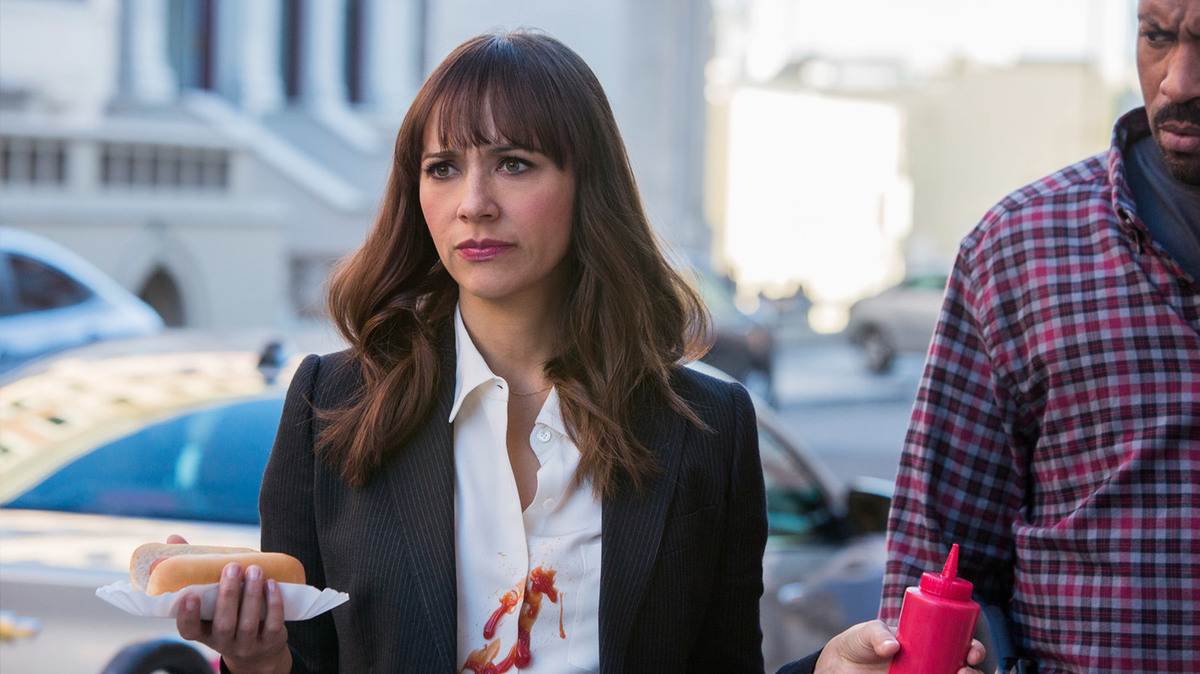 "We were high school sweethearts. Ever since college."

That line, which flies by without comment, appears in the second-season premiere of TBS' Angie Tribeca, the cop-show spoof starring Rashida Jones that arrived in an unusual broadcast "binge" earlier this year. Produced by Steve Carell and Nancy Walls Carell, Angie had a long trip to air, having premiered at South By Southwest in March 2015. But now, only a few months later, its second season arrives on Monday night, packed with those nonsense jokes that, when stacked on top of each other, provoke something like exhausted giddiness.

The obvious progenitors of the joyfully silly Angie Tribeca (which Steve Carell promoted as "really, really stupid") are the Zucker, Abrahams and Zucker projects of the '80s and early '90s, particularly Airplane! and Police Squad! Like those classics, Angie relies on jokes that are so rapid and goofy that they're like a comedy back rub: there's absolutely no point except instant gratification. It has no possible home in any of the worlds of satire, cringe comedy, serialized comedy, or warm comedy that have defined TV for at least the last 20 years. At some point, American television comedy started aspiring to sophistication in a way that, on the whole, is a good thing. But there's something to be said for slapstick, and Angie Tribeca is saying it.

As you might expect, it gets a lot of its jokes from cop-show clichés: the slippery witness, the femme fatale, the exasperated superior back at the office whose job it is to bark orders. But it also gets them from wordplay, literalism, props, juxtaposition – it gets them from wherever. A stream of guest stars like James Franco, Busy Phillips, and Jon Hamm show up for just a flash or for longer than that, and are almost jokes unto themselves just for being there inexplicably (Hamm certainly is in the season premiere). The central cast includes Jones, Hayes MacArthur as her partner, Jere Burns as their boss, and Deon Cole – who juggles this show and Black-ish, it seems – as Danny Tanner, who seems to be named after the Full House dad for no reason at all.

A fascination with silly names – Tribeca's partner Jay Geils, her boss Pritikin Atkins, the medical examiner Dr. Scholls, her ex-partner Sgt. Pepper – is one of the show's most evident fixations, and one of the clearest announcements of its intent. In fact, almost every character, no matter how minor, has a joke for a name. (The second episode of the second season features a character with a name that's in service of a joke that a lot of people won't even notice.) Why give funny names? Because when pure joke density is your goal, there's no reason to call a doctor something else when you can call her Dr. Scholls.

If you're the kind of person who went for all those "What's our clearance, Clarence?" jokes in Airplane!, this might be your thing. If you only laugh at erudite putdowns and can't see why anyone would find a prosthetic tongue amusing? Maybe not.