Accessibility links
Judy Collins And Ari Hest On Mountain Stage The veteran folksinger is joined by one of her favorite songwriters, live on stage in West Virginia. 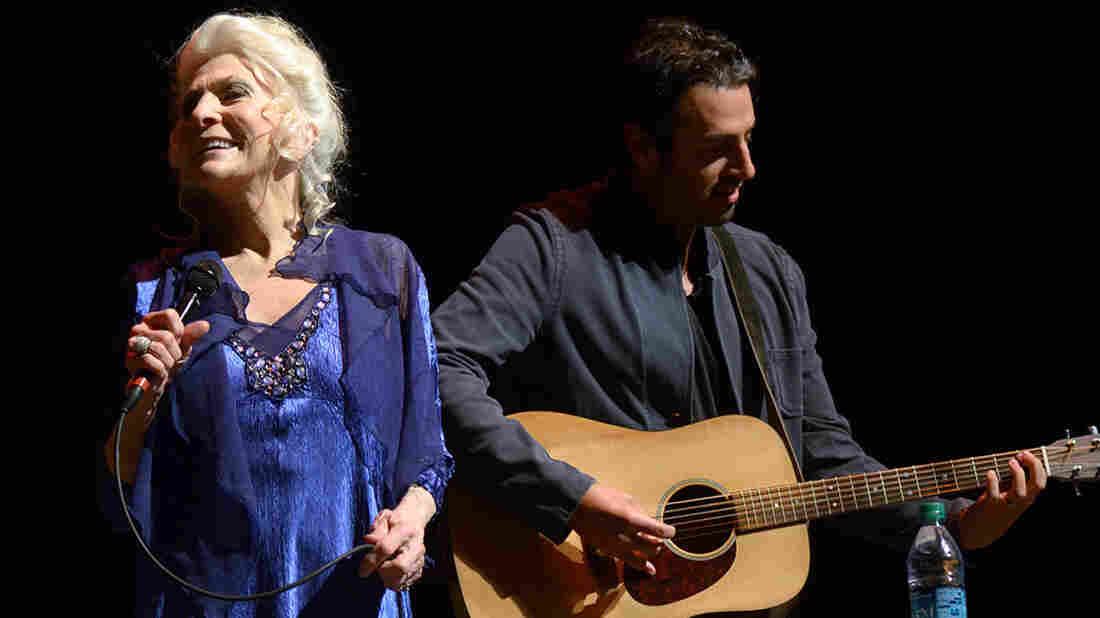 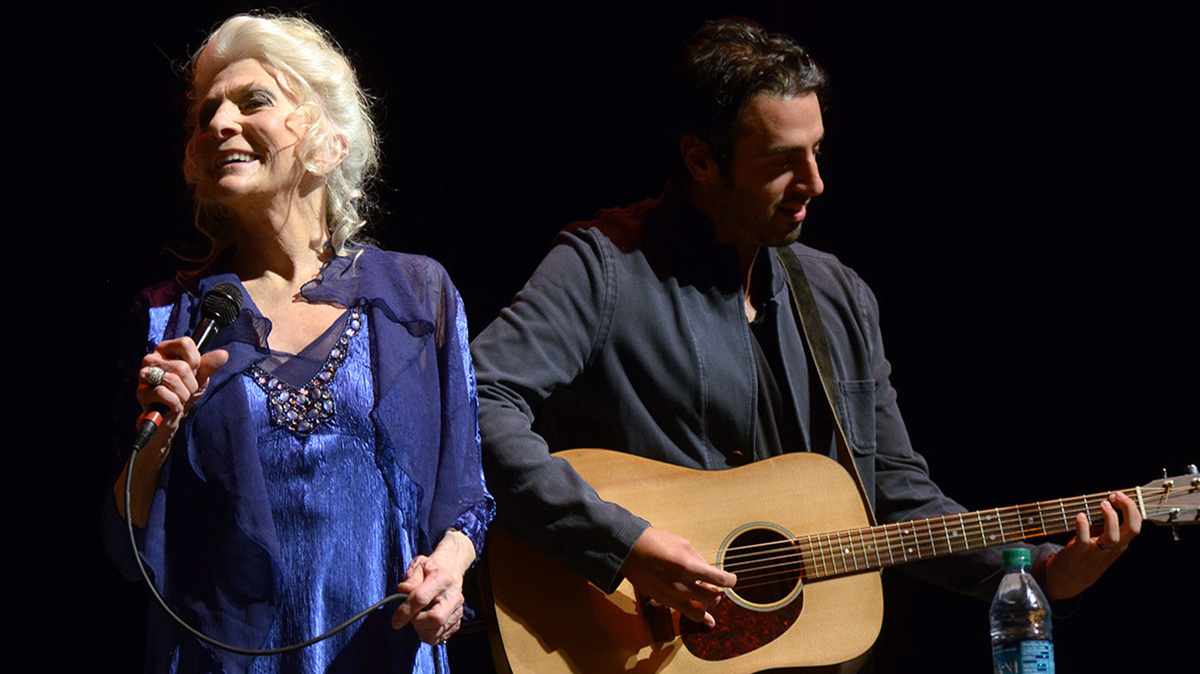 Judy Collins and Ari Hest appear together on Mountain Stage, recorded live on the campus of West Virginia University in Morgantown. Inspired by trailblazers like Woody Guthrie and Pete Seeger, as well as the traditional songs of the '50s folk revival, Collins embarked on a career that has lasted more than five decades and is still going strong: At 77, she plays about 100 shows a year.

She's accompanied here by one of her favorite singer-songwriters, Ari Hest, a respected performer in his own right who is no stranger to Mountain Stage. The two became friends backstage at a concert years ago; that led to them recording a song for Collins' last album, which landed her on the Billboard charts for the first time in decades. The pair reunited to make the new album Silver Skies Blue as a true collaboration, the first of its kind in Collins' career.

This set includes two songs, "Someday Soon" and "Helplessly Hoping," that were not heard during the radio broadcast.