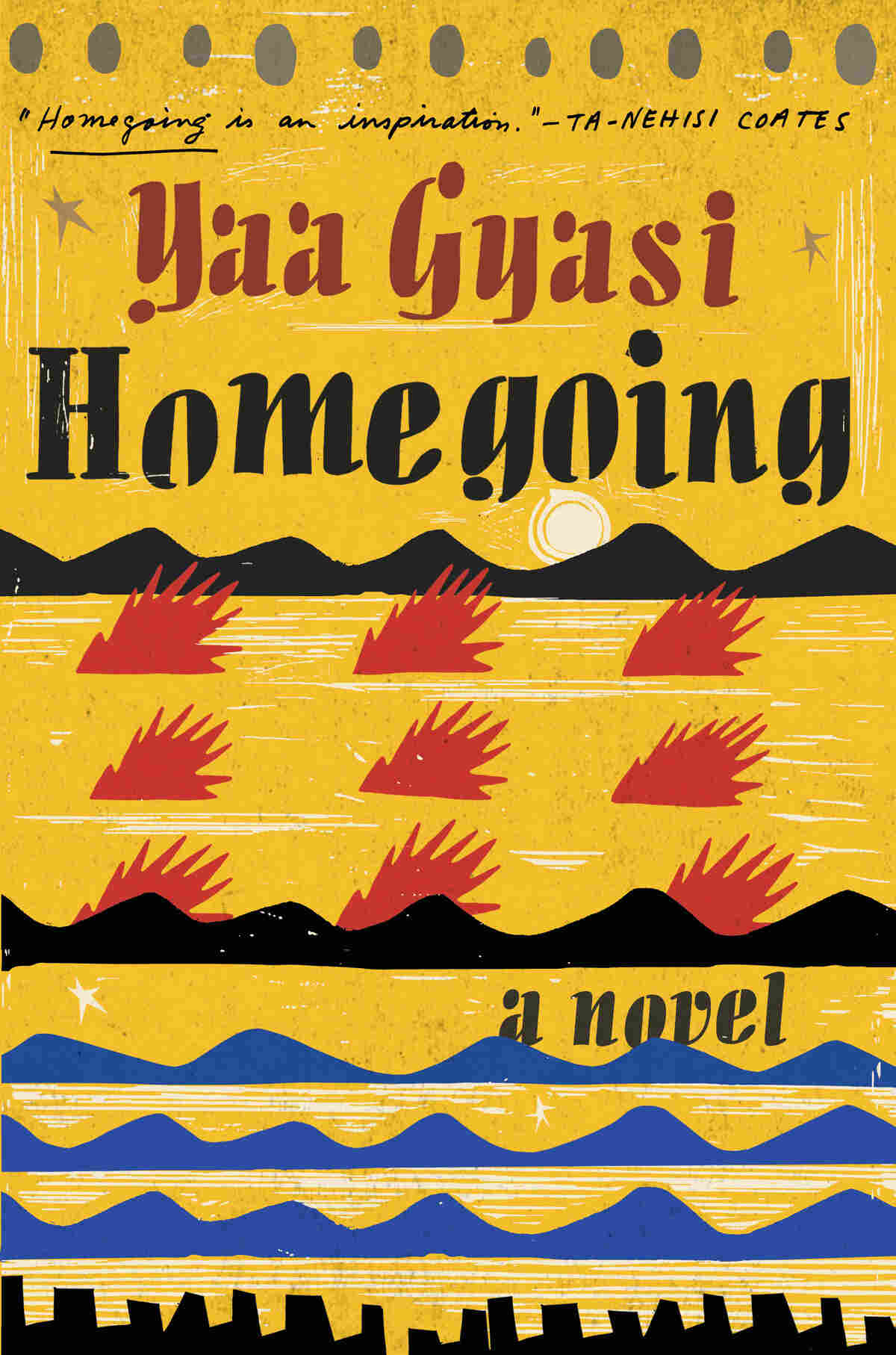 After two half sisters are separated, we follow their family lines over the course of two centuries through a series of short stories. Some of their descendants are in Africa, some are in America; some are free, some are enslaved. In the end, the two separate family sagas merge into one, back in the place where it all began.

As plots go, this is one is pretty formulaic, but one of the achievements of Yaa Gyasi's debut novel, Homegoing, is that, although it's patterned on the "same-old, same-old" narrative blueprint that's framed many a blockbuster, the feel of her novel is mostly sophisticated, rather than pre-fab.

Gyasi's lyric and versatile language makes all the difference. She's only 26, yet she writes with authority about history and pulls her readers deep into her characters' lives through the force of her empathetic imagination.

Here's the origin story at the beginning of Homegoing: in 18th Ghana, two half-sisters named Effia and Esi are born in different tribal villages and grow up in ignorance of each other's existence.

Effia is married off to an Englishman who is the acting governor of Cape Coast Castle, one of the sites that features an infamous "door of no return" through which thousands of captives are pushed onto waiting ships to carry them into slavery in The New World.

Gyasi's ambitious project in this first part of her novel is to survey the slave trade among Africans: Esi's people, the Asante, capture and enslave their enemies; Effia's people, the Fante, act as middlemen, selling those captives to the Europeans.

In a section that personalizes the malign capriciousness of the slave trade, Esi is captured in a raid on her village and winds up in the dungeon of Cape Coast Castle, the very dungeon that Effia walks over daily as the wife or "wench" of the governor.

Listen To An Interview With Author Yaa Gyasi

Again, it's a stagey premise, but Gyasi coaxes us into accepting this baroque situation through the conviction and, occasionally, even the playful novelty of her descriptions. For instance, when Effia first meets her future husband she sees a white Englishman, sweating profusely because he's unused to the heat of West Africa. We're told that "Effia started to think of him as a rain cloud: sallow and wet and shapeless."

Effia eventually gives birth to a son, and his descendants remain in Ghana to face war and colonization; Esi's descendants labor as slaves in America and then, well, although you can anticipate some of the terrain Gyasi covers, she makes some surprising detours.

Gyasi — wisely, I think — skips over the Civil War and, instead, explores some less familiar historical episodes. For instance, we hear the story of one of Esi's descendants — a man simply named "H," — who's entrapped in the convict leasing system, which is essentially another form of slavery in post-Civil-War Alabama.

Another striking story centers on H's daughter, Willie, who's dark-skinned and her husband Robert, who's light enough to pass as white. They move to New York during the Harlem Renaissance years. The city promises possibility and, yet, is demarcated by racial boundaries, boundaries that rise up the minute Willie and Robert walk out of their Harlem apartment. Here's Gyasi's description of the couple's joint attempts at job hunting:

Being [in New York] meant they no longer walked together on the sidewalk. Robert always walked a little ahead of [Willie], and they never touched. ... Even if [Willie] was falling into the street. ... she knew not to call [Robert's] name. She'd done it once, and Robert had turned, and everyone had stared.

At first, they both looked for jobs in Harlem. ...

[Then] they only walked so far south before splitting off, and Willie lost Robert to the rest of Manhattan. He looked so white now, it only took a few seconds for her to lose him completely, just one white face among the many, all bustling up and down the sidewalks.

Homegoing would have been a stronger novel if it had ended sooner, perhaps on a moment like this one, where the urban crowd absorbs Robert in his whiteness, but silently rebuffs Willie. As the novel moves forward into our own time the pressure to wrap up the two storylines intensifies, and contrivance comes to the fore. But so many moments earlier on in this strong debut novel linger.