Accessibility links
Songs We Love: KAMAU, 'Jusfayu (Feat. No Wyld)' With every song or visual, you see another corner of KAMAU's mind light up. The soul jazz-inspired "Jusfayu" is about a one-way romance, with an aggressive and heavily symbolic video.

What you see isn't all you get with KAMAU. The singer-songwriter is innovative with his artistry, from playing with the flexibility and range of his vocals to the imaginative concepts behind his visuals. With every song or image, you see another corner of his mind light up.

"Jusfayu," the first single from his forthcoming EP A Gorgeous Fortune, features KAMAU using different vocal expressions — singing, vocal percussion, humming — not only to claim, "I did it just for you, and you just don't care," but to transcend the message. He layers his various vocalizations over one another, accompanying them with vibrant, soul jazz-inspired soundscapes. 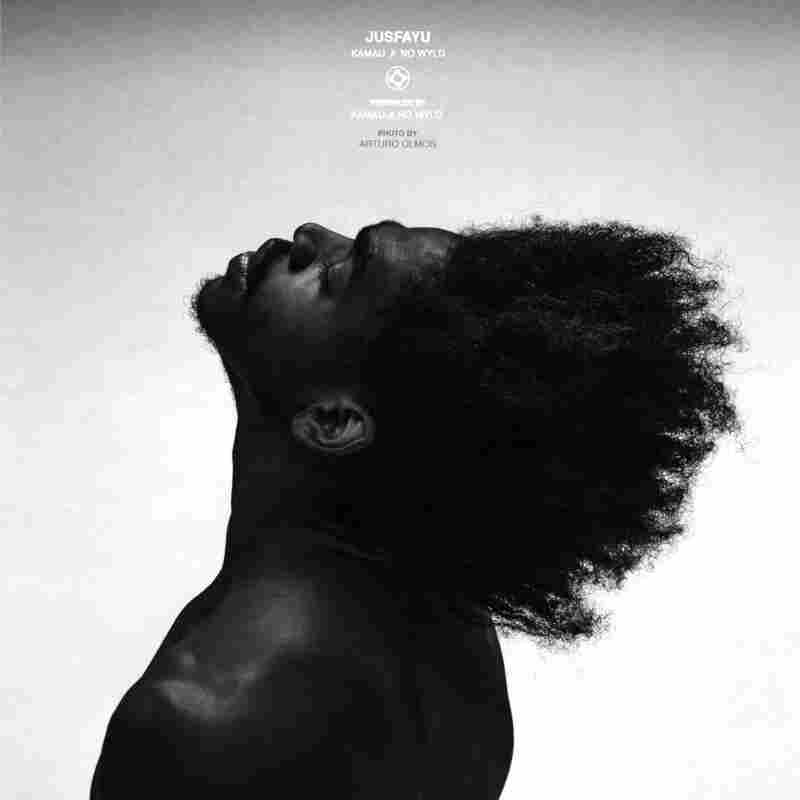 Jusfayu (Feat. No Wyld) Courtesy of the artist hide caption

The video for "Jusfayu" starts where the video for KAMAU's song "Jambo" left off. Bo (played by Michael Excell) — who KAMAU transformed into at the latter end of "Jambo" — is seen in "Jusfayu" wrestling with Esha (played by Candance Fong) for her love. As the desperate lover grapples with this woman, Magua (played by Nkō Khélí) sits in a mighty chair, eating plums and taking it all in. Ultimately, she breaks free and runs into the arms of Magau, who then transforms into a more evil side of the man who lost her.

"'Jusfayu' is a song about one-way romance," KAMAU tells NPR. "The video is set in a dream of the main character, Bo. In Bo's dream, he seeks to find love with Esha. She seeks love with other guys, which is embodied by his best friend, Magua. He's who sits devouring and degrading love and [its] interests, which manifest themselves in his dream as juicy plums. Bo doesn't believe other guys will appreciate [Esha] and believes that they will try to possess her. However, in desperately trying to keep her interested in him, he ends up seeking to possess her, thus becoming the 'other guys' he claimed to want to protect her from."

A Gorgeous Fortune comes out July 1 on Invisible Firm.