Accessibility links
'From Afar' Draws You In By Holding You At Arm's Length A relationship drama with societal implications marks a striking debut for first-time writer director Lorenzo Vigas. Like the film's leading man, he'll draw you in by holding you at a slight remove. 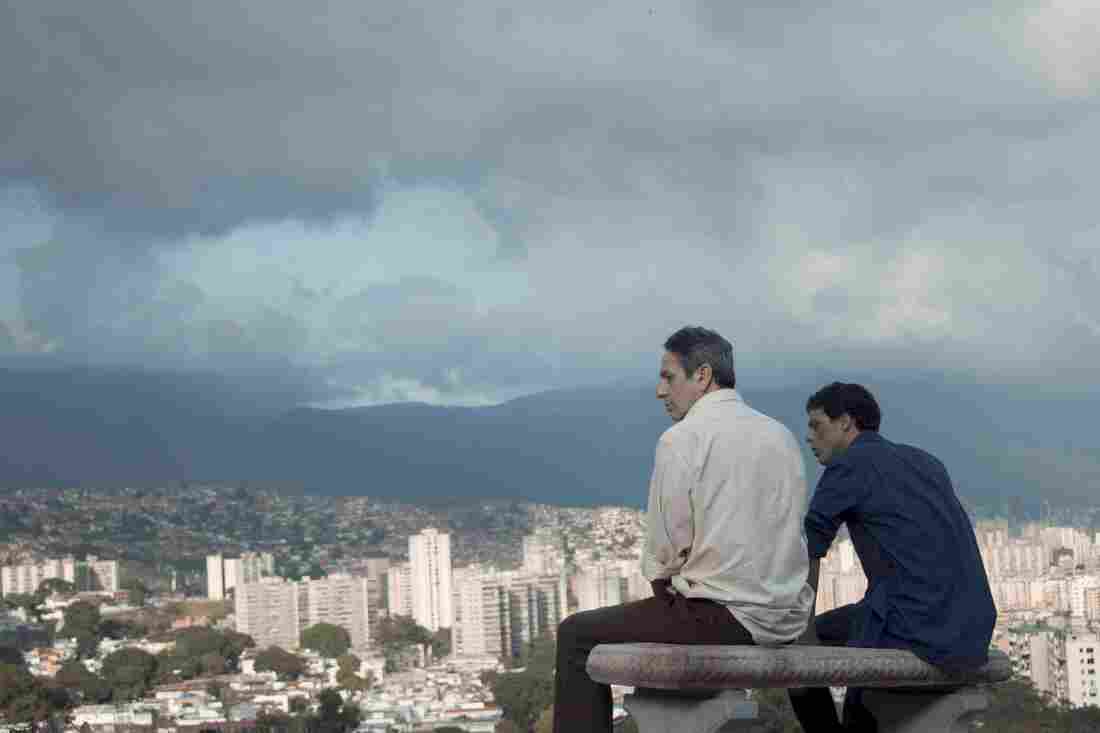 Alfredo Castro (left) and Luis Silva star in From Afar, a thriller from Caracas that blends social and sexual politics. Courtesy of Strand Releasing hide caption 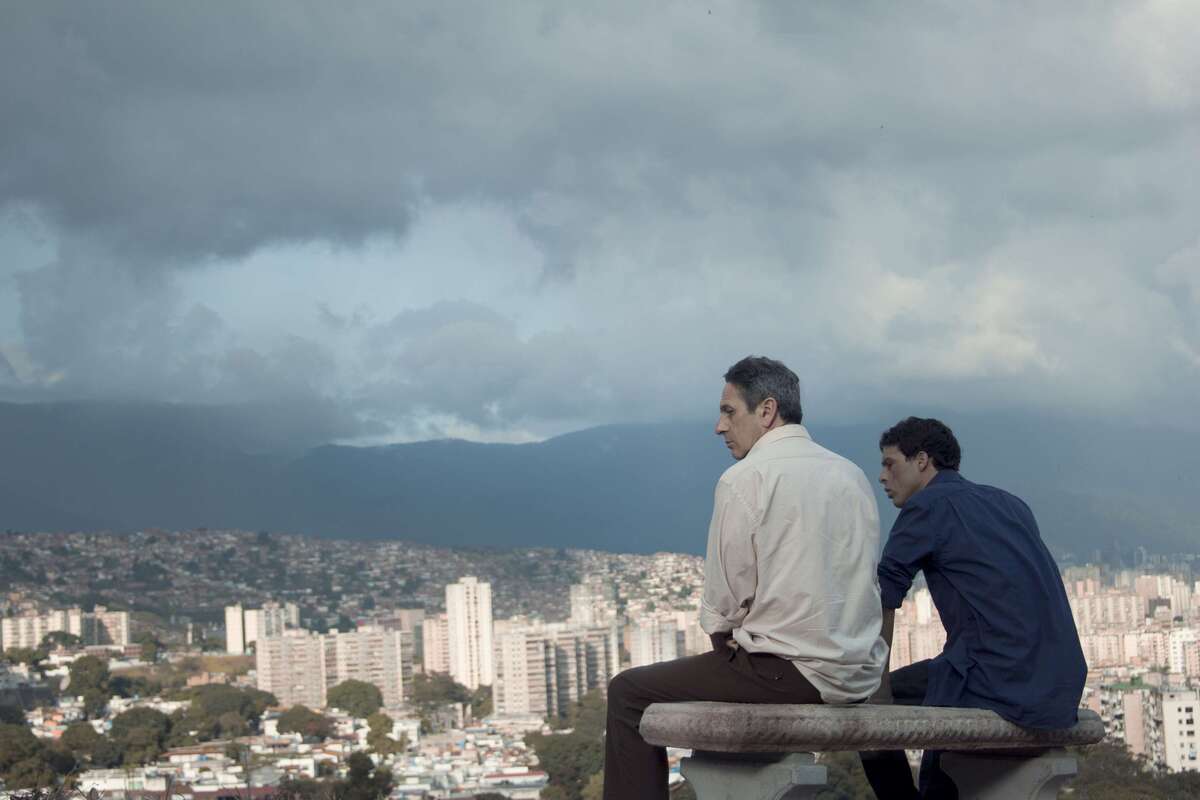 Alfredo Castro (left) and Luis Silva star in From Afar, a thriller from Caracas that blends social and sexual politics.

His method is to draw you in by holding you at a slight remove — a habit he seems to have picked up from its leading man.

Armando (Alfredo Castro, tamping down his considerable charisma) is a man you might not notice if you saw him on the street. Grey, fifty-ish, nondescript. He lives alone, and spends his days making dentures. After work, his life is more dangerous, but no more colorful. He picks up rough trade on street corners in poor neighborhoods in Caracas, bringing the young men back to his apartment. He never touches them. Just offers cash for a few minutes of ... let's call it "company."

"Turn around and take off your shirt," he tells one tough, a car mechanic and petty thief named Elder (newcomer Luis Silva). The kid looks contemptuously at Armando, then knocks him cold, and muttering anti-gay epithets, takes his money and his wallet.

Elder is astonished a few days later when Armando shows up at his street corner again, flashes a wad of cash, and offers to pay him to come back.

"There's more in the apartment," he says, and turns on his heel. Elder watches him go, shaking his head. A little later, though, he's knocking at the door, and a strange connection is made.

A strange and ultimately shattering connection as depicted by Vigas, who is confident enough in his debut feature to allow his characters to be flat-out perplexing. There are things they have in common — they both despise their fathers, for instance. Elder repairs cars, and you could say, as a denture-maker, Armando repairs mouths.

But in most respects, these two men could hardly be more different. Watch them eating in a restaurant, and it's almost as if they're stand-ins for Venezuela's stratified society. Armando cultivated, dabbing his lips with a napkin, Elder wolfing his food, barely able to hold a fork.

Their emotions and interactions are equally disparate. When Elder gets beaten up, Armando pays for a nurse to heal him ... and Elder repays that kindness by trying to steal things from Armando's apartment. Then, incongruously, the two go together to a family birthday party.

Filmmaker Vigas has previously worked in documentaries, which may be why, in From Afar, he observes the aggression and violence of Caracas in an almost wordless, uninflected way. His camera often stands at a slight remove from his characters as they circle each other, misunderstanding and misinterpreting. How could they not be wary of reaching across the social gulf that divides them? Self-protection has always meant detachment and distance. And for Armando at least, even intimacy can only be safely practiced from afar.