Accessibility links
Review: case/lang/veirs, 'case/lang/veirs' A worthy extension of three tremendous catalogs, in which three great singer-songwriters sound enhanced and invigorated by the challenge of living up to each other's legacies. 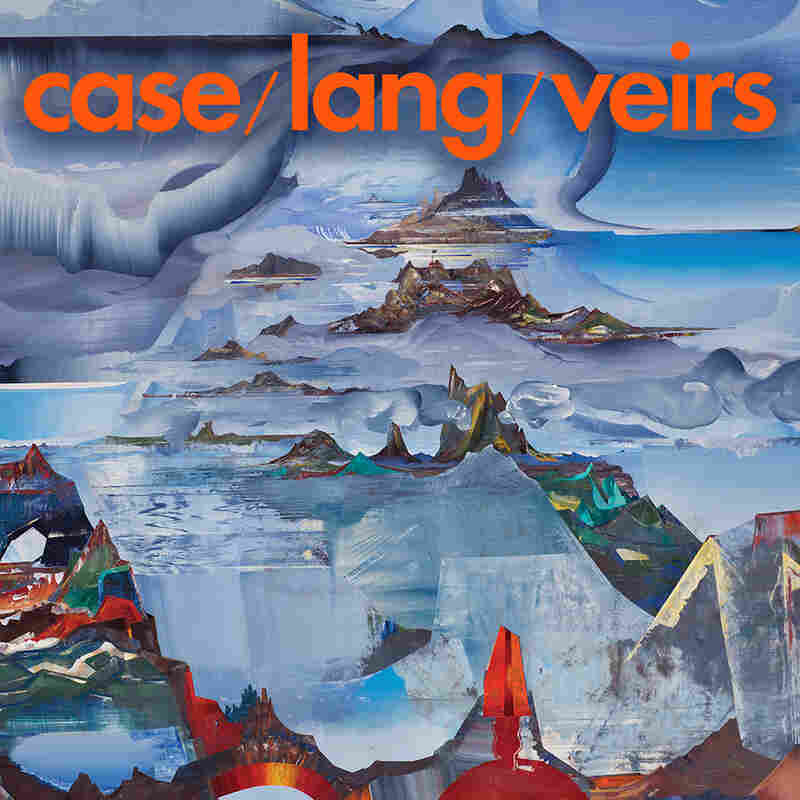 It's hard to imagine a whole that would exceed the sum of these parts. Neko Case, k.d. lang and Laura Veirs have little to prove individually — they've each made vital, emotionally gripping music throughout their careers, which in lang's case spans more than three decades — so their new supergroup is bound to seem, at least on paper, like something between a lark and a victory lap.

And yet case/lang/veirs, their first album together, feels like something far more substantial and exciting: a worthy extension of three tremendous catalogs, in which three great singer-songwriters sound enhanced and invigorated by the challenge of living up to each other's legacies. The album's opening song, "Atomic Number," grants them equal time to trade lines, blend and showcase their formidable voices, and still build a tune that breathes as a hooky and inviting whole.

The rest of case/lang/veirs finds the three singers leaving each other greater leeway to take solo turns, and each gets her share of powerful highlights. Veirs takes the lead in "Song For Judee," in which she tells the sad story of folk-rock singer Judee Sill in a way that touches on sordid details without sacrificing the empathy, humanity and grace at the core of so many Laura Veirs songs. Case's entries, particularly "Delirium" and "Supermoon," would fit neatly on any of her recent solo albums — which, given the quality of those records, is a high compliment. And lang, ever the polished pro, lets her warmth and gravitas elevate everything her voice touches. With its glorious high notes, "Blue Fires" provides a particularly exquisite showcase for lang's vocal gift, which remains undiminished if not improved over time.

There's a generosity of spirit to case/lang/veirs; a sense that all three singers share this particular spotlight eagerly. Along the way, that allows each to shine alongside two of the best backing voices in the business. But their individuality isn't lost, either: When Case takes the lead in "Behind The Armory," she hits one of those moments — heard so often on her own records — in which a few words, arranged just so, capture a young lifetime of wounded pride and compromised expectations. "Still I want you to love me," she sings in the song's chorus, as the song drops away to make room for the gravity of the confession. It's an intensely intimate moment, and yet, like everything on case/lang/veirs, it's all the more potent for the company it keeps.