Accessibility links
Review: Mogwai, 'Atomic' More than 20 years into its career, the mostly instrumental Scottish rock band returns with an album that can be poignant, blood-curdling and beautiful. 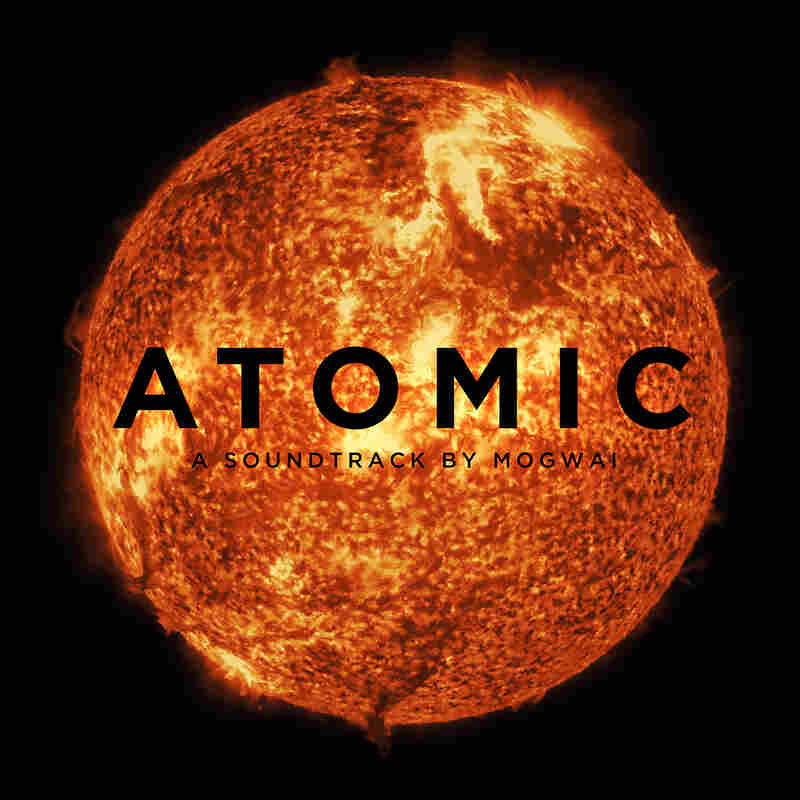 There's always been a cinematic quality to the music of Mogwai. Since forming in 1995, the Scottish post-rock band has evolved from a raw, guitar-centric force of nature to something more subtle and shaded, though no less dynamic. Being predominantly instrumental, the band's output over the past 20 years has lent itself to video collaboration, most notably on the soundtracks to the films Zidane: A 21st Century Portrait, The Fountain and Les Revenants. Mogwai's new album, Atomic, began as the score to Mark Cousins' BBC documentary Atomic: Living In Darkness And Promise, a poetic, harrowing portrait of the impact of splitting the atom.

Accordingly, Atomic is a work of elemental power, sometimes literally so. The song "U-235" is named for the uranium isotope at the heart of the bomb with which the U.S. attacked Japan in 1945. Made up of synthesized pulses and washes of shadowy ambiance — think Kraftwerk gorging on horror movies — the track evokes mechanical inhumanity as well as the eerie clicking of a Geiger counter. "Pripyat," on the other hand, unfolds organically, as a swarm of keyboards and guitars builds slowly to an epic, shimmering detonation. Mogwai was formed in Glasgow, just minutes away from the controversial site of the U.K.'s nuclear arsenal; in a recent interview, the band's multi-instrumentalist Barry Burns said of Atomic's unnerving subject matter, "It's something quite close to home."

Close to home though it may be, the album is also unnaturally ethereal. It even kicks off with a track called "Ether," a gentle, delicate murmur — but its bookend, the closing song "Fat Man," is like a mirror image in a minor key, a devastating instrumental full of ghostly piano and swirling distortion. "Fat Man," of course, was the name of the bomb dropped on Nagasaki; there's also a song called "Little Boy," named for the bomb that hit Hiroshima, although it's more subdued and mournful, if no less apocalyptic in mood. Some songs, like "Bitterness Centrifuge," even border on abrasive, with harsh textures that scrape against the band's orchestral sense of scope.

Atomic is not a breezy album, but then again, Mogwai has never been known for trafficking in fluff. But the dark sense of humor evident in past releases — this is, after all, the group that named its 2011 album Hardcore Will Never Die, But You Will — has given way to something more somber. Like the film that inspired it, Atomic isn't trying to instruct or sway people in regard to nuclear energy and warfare. It's an emotional album, not an intellectual one — and an overwhelming one at that. Its most poignant moment comes in "Are You A Dancer?" when a violin cuts through the mushroom-cloud dirge like a pleading voice. It may be bloodcurdling, but it's also beautiful.