Accessibility links
Will Donald Trump Put His Businesses In A Blind Trust If He's President? Most presidents have tried to avoid conflicts by putting their investments in a blind trust. That only works for paper wealth, but Donald Trump wouldn't be like past presidents. 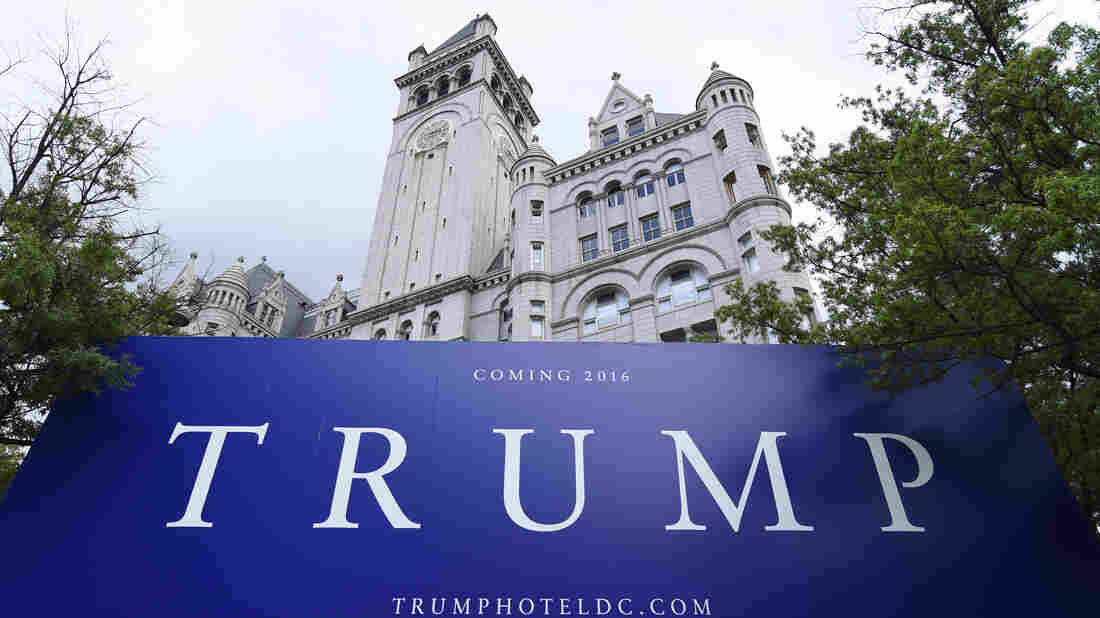 The new Trump hotel in Washington, D.C., is being built in the historic Old Post Office Pavilion a few blocks from the White House. Susan Walsh/AP hide caption 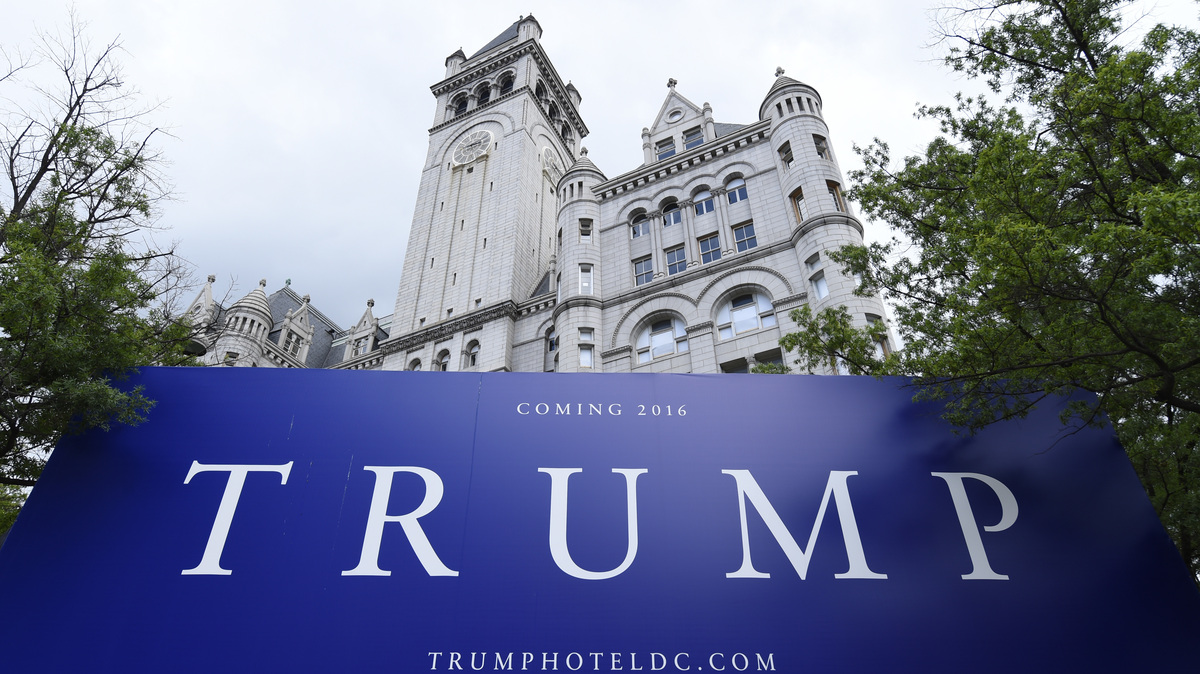 The new Trump hotel in Washington, D.C., is being built in the historic Old Post Office Pavilion a few blocks from the White House.

Presidents and leading presidential candidates often arrange their financial affairs to prevent the appearance of financial conflicts of interest. But there's never been a major party nominee quite like Donald Trump. If he's elected president, he would bring to the White House a unique potential for conflicts of interest. The typical tool in such situations is a blind trust, but given Trump's unique circumstances, a blind trust might not be up to the task of preventing him from profiting from decisions he would make as president.

On taxes, the self-described multibillionaire is on record pledging tax cuts for the wealthy. He unsuccessfully fought green energy — a wind-turbine farm — offshore from a Trump golf course in Scotland, arguing that it would wreck the view. Trump-branded properties in other countries — including a luxury golfing club in Dubai, with a second one under development, plus hotels and high-rises in Istanbul, Panama City, Seoul, Mumbai, Rio de Janeiro and other cities — could be affected by U.S. foreign policy.

And just five blocks from Trump's would-be next residence, the White House, his company is developing a luxury hotel. But the ornate building (once Washington's main post office) belongs to the federal government. The Trump Organization has it under a long-term lease negotiated with the General Services Administration. The hotel should be open before the presidential limousine rolls past it, headed toward the Capitol on Inauguration Day, next Jan. 20.

Does a president have to sell any assets?

No. Federal law requires presidents to disclose their financial and real estate holdings, but nothing forces a president, vice president, House member or senator to sell off assets upon taking office. On Capitol Hill, lawmakers are barred from voting on legislation that directly affects their investments, but the language is narrowly worded.

What is a blind trust?

It's a legal arrangement sometimes used by elected officials to avoid potential conflicts. An independent trustee takes over an official's investment portfolio; the official cannot direct or advise the trustee on investment decisions. Most presidents have had blind trusts since Lyndon Johnson in 1963. President Obama is an exception to this practice. He doesn't have a blind trust because his assets are primarily held in plain vanilla index funds and Treasury notes.

A blind trust works for liquid assets: stocks, bonds, other financial instruments. Trump has plenty of those, but his biggest assets are all about the Trump brand. The golf courses, high-rises and so forth can't be easily unloaded. Dropping the Trump name would very likely reduce their value.

Bowdoin College government professor Andrew Rudalevige said, "To put your identity into a blind trust is a little bit difficult."

And as Washington ethics lawyer Ken Gross said, "You can't get amnesia when you put it into a trust, and forget you own it."

When Trump was asked about setting up a blind trust earlier this year during a Fox Business debate, Trump was all over the place as to what he would do with his assets:

"If I become president, I couldn't care less about my company. It's peanuts. I want to use that same — up here, whatever it may be — to make America rich again, and to make America great again. I have Ivanka and Eric and Don sitting there. Run the company, kids. Have a good time. I'm going to do it for America. ... I would put it in a blind trust. Well, I don't know if it's a blind trust if Ivanka, Don and Eric run it. But — is that a blind trust? I don't know. But I would probably have my children run it with my executives. And I wouldn't ever be involved, because I wouldn't care about anything but our country. Anything."

A campaign spokeswoman said this week that nothing has changed since he made that statement. In other words: No blind trust.