Accessibility links
How 'The Americans' Solved The Eternal TV Problem Of The Surly Teen The Americans, which concluded its fourth season last night, has allowed daughter Paige to distinguish herself from other TV teens thanks to its high stakes and ever-shifting empathies. 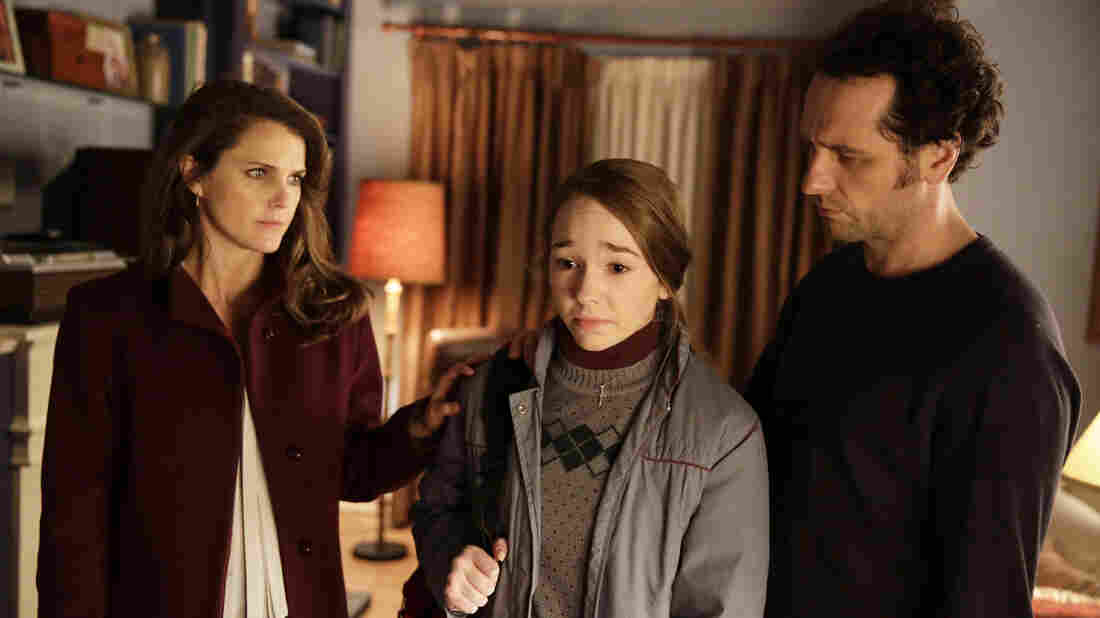 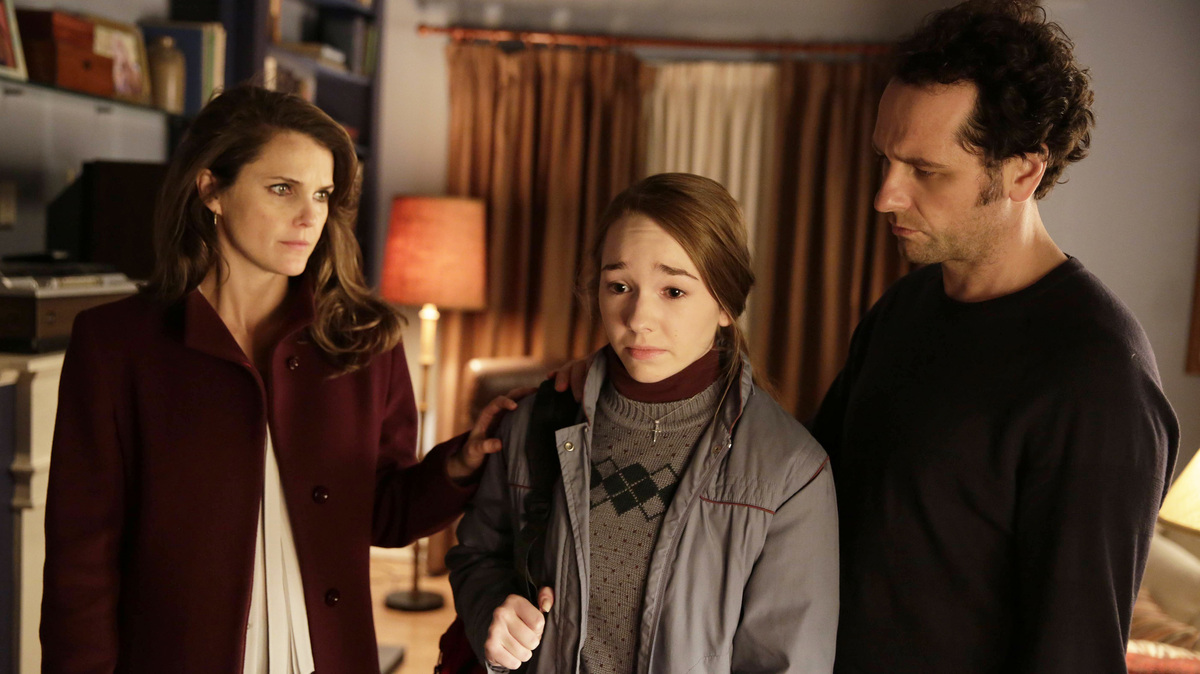 WARNING: This post contains spoilers for last night's season finale of The Americans.

Television showrunners love a surly teen. For decades, the American family-oriented drama has teemed with peevish adolescents who slam doors and storm and stomp and sneer and seethe and sulk before hurling themselves performatively onto the nearest piece of furniture.

It's understandable, to some degree: Writers want audiences to relate to their characters, and if the Surly Teen is a staple of American television, it is an fixture of American households. Art imitates life, even if said life rolls its eyes at you and goes back to texting its friends. Presumably about how much you suck.

As a dramatic choice, though, it's tricky. It's true that no story can exist without conflict, and the Surly Teen dependably serves that up, like a firehose serves up moisture.

Family dramas often center on parents as the protagonists, so the Surly Teen exists to offer emotional conflict. As in life, the Surly Teen challenges, it frustrates, it makes demands that keep parents from doing what they want to do.

And that's the problem, because the conflict provided by the Surly Teen is dramatically inert. It is simply an obstacle, a road block, a wall against which to bash your characters. And because the Surly Teen is such a pervasive presence in American life, writers seldom feel the need to characterize or individualize it. It can be, and often is, cut-and-pasted into any given family: "Surly Teen says something insolent here."

But one TV drama has cleverly, and completely, cracked the perennial problem of the Surly Teen. Its solution is ingenious, albeit not readily generalizable to other family shows that are more preoccupied with things like infidelity than, say, the constant looming threat of nuclear annihilation.

Last night the F/X series The Americans ended its fourth season, which focused on its main characters — a pair of Russian spies played by Keri Russell and Matthew Rhys who pose as an American couple in 1980s America — gradually letting their teenage daughter Paige (Holly Taylor) into their secret lives.

The show turns on the interplay of family life and spycraft, and is fascinated by the how the two reflect, and often distort, one another.

When the show began, Paige showed every stock indication of Surly Teendom: she spent whole episodes frustrated and suspicious, and constantly challenged her parents' evasive answers and mysterious absences.

But she quickly distinguished herself from the pack of TV's reflexively Surly Teens because:

Instead of simply stewing and sulking, Paige began to gather intelligence on her intelligence-agent parents. She snooped, she investigated leads (making an unannounced visit to a "relative" who was in fact a Russian spy), and finally confronted her parents at the end of the third season.

She wasn't stomping her foot in a fit of adolescent pique, nor was she demanding to be treated like an adult while acting like a spoiled child. Instead, she made a convincing case to her parents: You're not telling me something, and it's hurting this family.

2a. She wasn't completely right, though.

Paige was likely expecting to be told any of a number of things that other shows traffic in regularly: infidelity, separation, divorce, etc. — all of which would be emotionally shattering for a teenager, of course. What she learned instead is that her life — their lives — are a lie, and one she had to keep at all costs. These ridiculously high stakes inform the true genius of the show — the way it constantly and gleefully plays with our empathy.

Spy stuff is fun to watch: Paige's parents go out on missions, and we want them to succeed. Those missions often involve the deaths of Americans, sometimes innocent Americans, but still we root for them, because the characters are palpably and powerfully real to us.

But ever since Paige learned the truth about her parents, every scene between them is weighted with a new urgency. Actress Holly Taylor gives Paige a wounded, searching quality that reminds us she's still a kid struggling under a burden none of her peers could imagine, or share. Like her, we resent her parents for dumping it on her. And like her, we're intrigued by the world in which they truly live — its terrifying risks and its mysterious rewards.

In the final scene of the season four finale, Paige and her father walk home from their FBI-agent neighbor's house, where Paige has, unbidden, engaged in a passionate makeout session with the neighbor's son.

Why she did this is left to us to decide. There seems to be a real attraction, but we're also led to believe Paige has taken it on herself to become intimate with the son as a means to gather intelligence and protect her family.

As they walk home, her father, furious, demands that she never see the boy again. Watching from the window, her mother seems intrigued.

And Paige herself? We don't know. Because over the course of the show's run we've watched her emerge from a stock Surly Teen to a rounded, complicated young woman. We get the real sense that she isn't entirely sure why she did what she did — or, for that matter, what she'll do next.

Father and daughter enter their house, but neither hold any illusions that home offers them anything akin to real safety. Viewers have known this much from the first episode, as has Paige's father. But Paige hasn't. She knows it now.

The door shuts behind them, the credits roll. And we know that the Paige we'll see when season five premieres will be, for better or worse, no mere Surly Teen, no impediment to the action, but a key coequal player whose actions will drive the series toward its (likely shattering) end.