Gupta at her office at the Department of Justice earlier this year. Melina Mara/The Washington Post/Getty Images hide caption 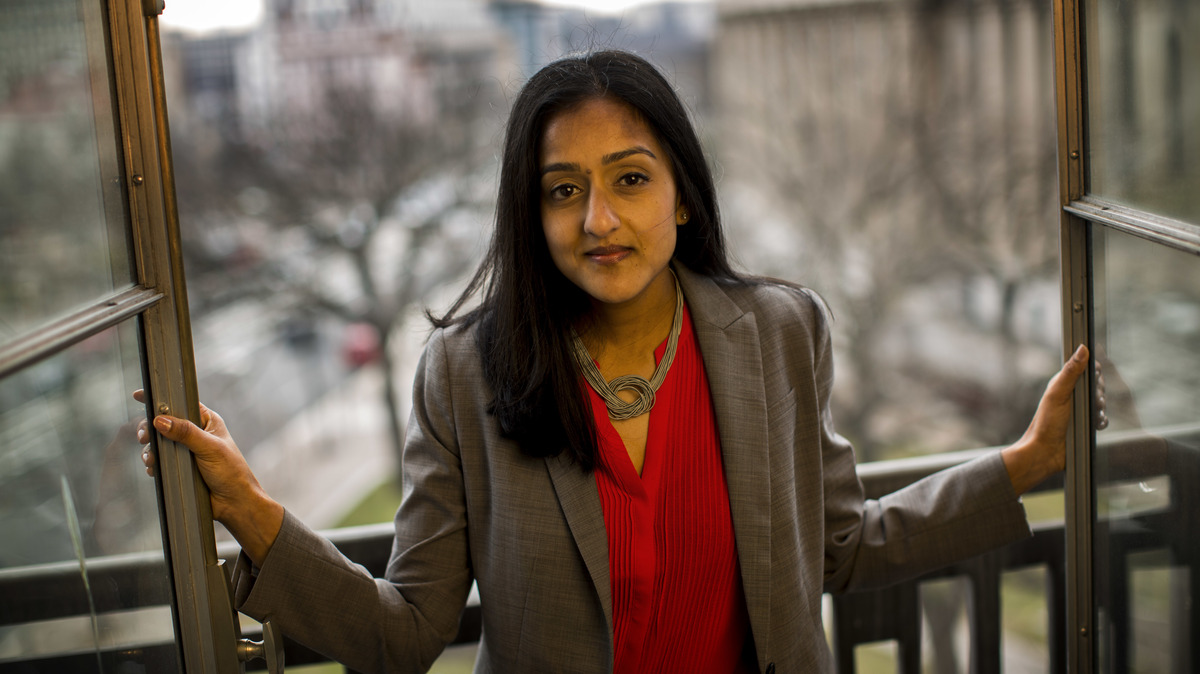 Gupta at her office at the Department of Justice earlier this year.

The woman leading the federal government's effort to block a North Carolina law that limits the rights of transgender people knows what it's like to feel like an outsider.

Vanita Gupta, 41, is the child of immigrants who left India in search of better economic opportunity. That journey took her as a small child from a McDonald's in London where her family fled racial insults and french fries thrown by bigoted skinheads all the way to the Ivy League.

"It speaks to all of us who have ever been made to feel inferior, like somehow we don't belong in our community or we just don't fit in," Gupta said. "Let me reassure every transgender individual, right here in America, that you belong just as you are. That you are supported. And that you are protected."

"When you see her and she's this unassuming, very young looking person, you don't realize what a powerhouse she is," Hertz said. "But once she starts talking and once she starts doing things, you know it immediately." 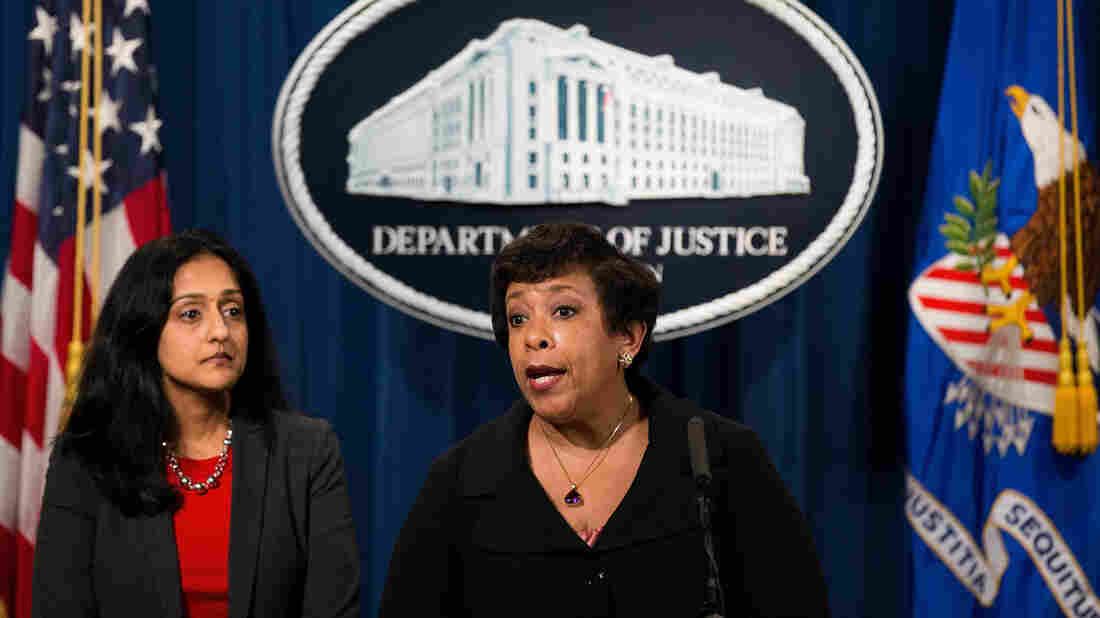 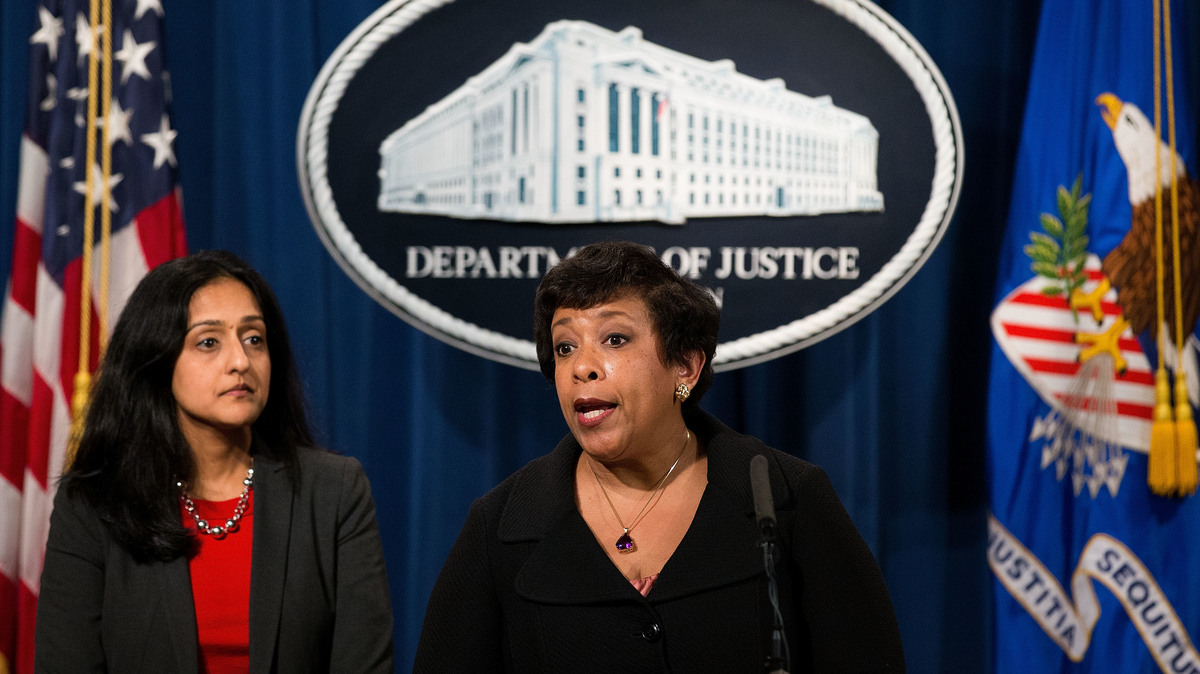 Gupta started the job at Justice a few months after a white police officer killed Michael Brown on the street in Ferguson, Mo. The episode ignited violence in the St. Louis suburb and launched a national conversation about the role of law enforcement in minority communities. Gupta found a place in history last year when she delivered a scathing report on unconstitutional and brutal practices by police and local courts in Ferguson. She's investigating police departments in Baltimore and Chicago, too.

And, in a bit of a surprise, Gupta has managed to do that work without alienating leaders at the Fraternal Order of Police. Executive Director Jim Pasco said Gupta "showed from the outset" that she wanted to work with law enforcement to make changes. Lately, he said, the two can talk several times a week.

"There's always a tension between the regulator and the regulated, if you will," Pasco added. "But that has not translated into a lack of communication or a lack of willingness to listen."

It wasn't until Vanita came in that I got a sense of ease that maybe things would turn around.

Gupta talked about her approach to the job in a recent commencement speech at her alma mater, NYU.

"History doesn't reward timidity," she said. "And even when other people in implicit, quiet ways will tell you to know your place, do not stay silent. And fellow women graduates I am especially talking to you here."

College friends recall how Gupta spoke up in class and organized campus protests to defend immigrants. Carmelyn Malalis, an old friend from those days at Yale, said, "she's excellent at bringing people together but you know I'm also biased on that point because she introduced me to my wife 20 years ago."

After law school, Gupta joined the storied NAACP Legal Defense Fund. There, as a 26-year old public interest lawyer, Gupta traveled to Tulia, Texas. Dozens of black people in that small town had been charged and convicted of drug crimes, all based on the false testimony of a single white police officer.

The son of Freddie Brookins was one of the defendants.

"It wasn't until Vanita came in that I got a sense of ease that maybe things would turn around and people would listen and kind of look into these cases and kind of see what was really going on," Brookins said. 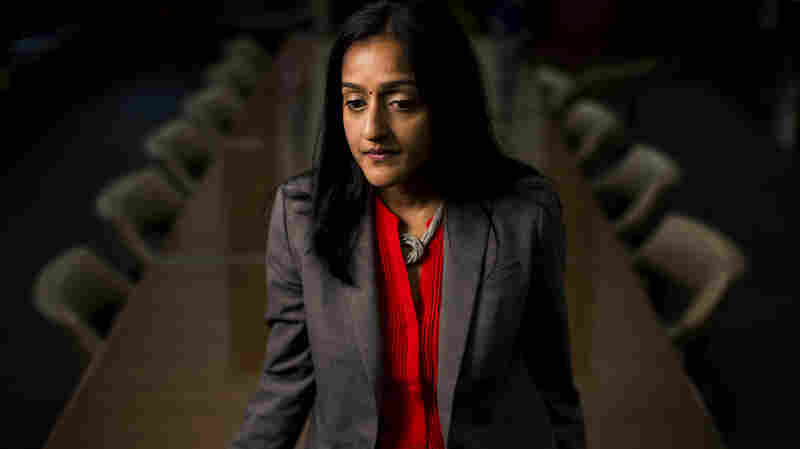 "Even when other people in implicit, quiet ways will tell you to know your place, do not stay silent," Vanita Gupta, head of the Civil Rights Division, said recently. Melina Mara/The Washington Post/Getty Images hide caption 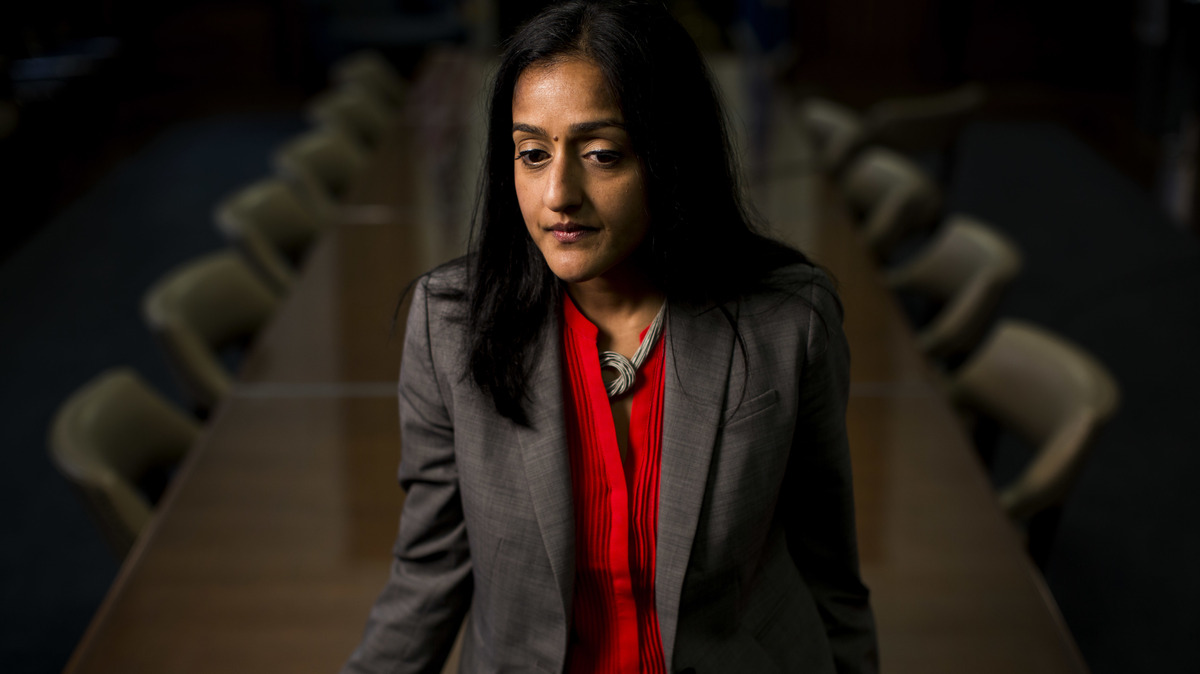 "Even when other people in implicit, quiet ways will tell you to know your place, do not stay silent," Vanita Gupta, head of the Civil Rights Division, said recently.

Gupta gathered so many documents she had to buy an extra suitcase to lug them home. She obsessed over legal deadlines, worried her clients would suffer because of a technicality. Gupta recruited an elite team of lawyers to help pro bono. Two years later, in 2003, Texas Gov. Rick Perry pardoned Freddie Brookins' son, setting him and other defendants free.

"I have a ways to go before I trust our justice system," Brookins said. "But I'm proud to have somebody like Vanita up there because that makes me trust it a little better."

Gupta went onto work for another prominent liberal organization, the American Civil Liberties Union. Those credentials have drawn criticism from Republicans like Alabama Sen. Jeff Sessions, who told Gupta at a hearing last year that "there is a perception, not altogether unjustified, that this department's civil rights division goes beyond fair and balanced treatment, but has an agenda."

Legal scholar Ed Whelan went even further when he criticized the Justice Department's lawsuit against North Carolina. In a recent call with the conservative Federalist Society, Whelan says Gupta and the civil rights team overreached.

"At some level I think that this is even being presented as a serious question is a testament to societal collapse," Whelan said.

For Gupta, whose sister is gay, the issue is a matter of preventing discrimination against real people, in the real world. She told reporters when the North Carolina lawsuit was filed last month that the legal case is clear.

Ultimately, the Supreme Court will determine whether she's right.