Accessibility links
President Barack Obama Endorses Hillary Clinton, Even As Bernie Sanders Vows To Fight On After the bitter primary battle between Clinton and Bernie Sanders, the party seeks to unify ahead of the general election.

Two days after Hillary Clinton secured enough delegates to be the presumptive nominee of the Democratic Party, President Obama endorsed Clinton on Thursday in a video. The two will campaign together next week in Wisconsin.

"I want to congratulate Hillary Clinton on making history," Obama says in the video. "I know how hard this job can be. That's why I know Hillary will be so good at it. I don't think there's ever been someone so qualified to hold this office." 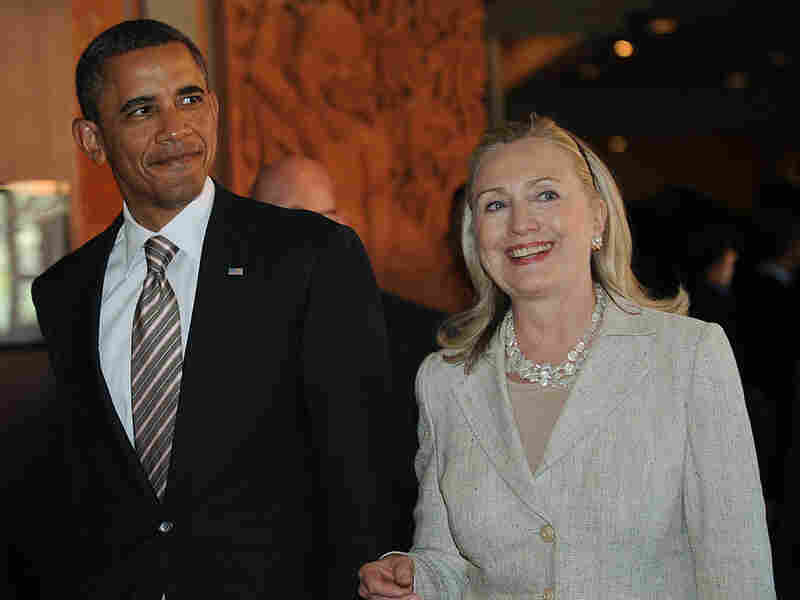 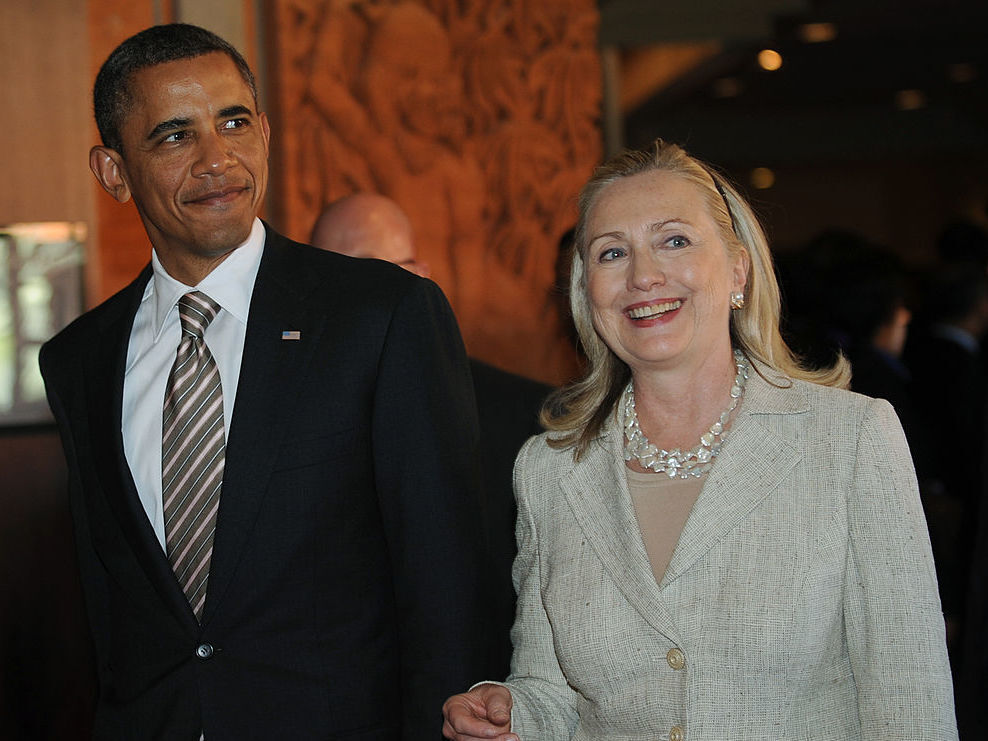 Shortly before news of the endorsement was released, Clinton told NPR's Tamara Keith, "Well, I'm thrilled that the president has endorsed me. We started off as fierce competitors. We've ended up as true friends."

The endorsement comes the same day Obama met at the White House with Vermont Sen. Bernie Sanders, Clinton's chief rival for the Democratic nomination. It also comes as Democratic leaders are seeking to unify ahead of the general election.

White House Press Secretary Josh Earnest said the president has talked to Sanders three times in the past week, and "Sen. Sanders was not at all surprised" by today's endorsement.

Obama and Sanders talked for about an hour in the Oval Office. Before the meeting, Sanders and Obama strolled down the colonnade, smiling for the gathered television cameras. 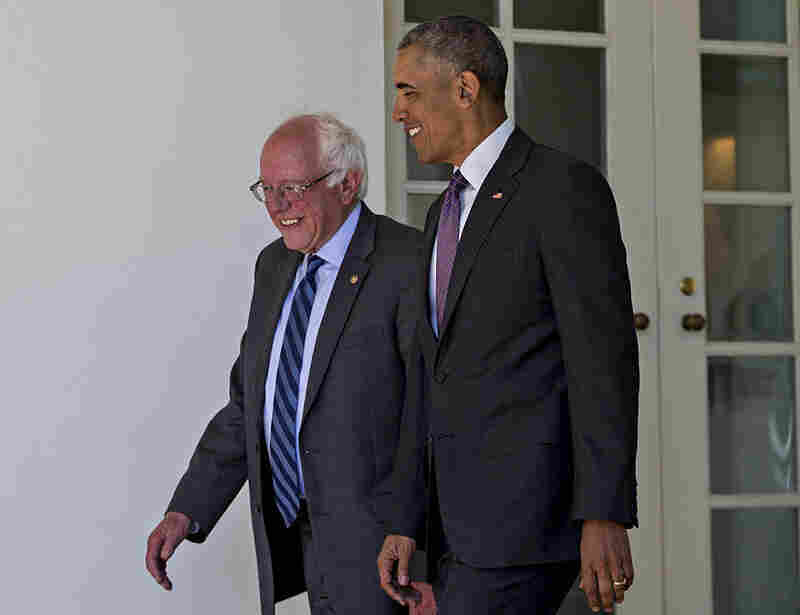 President Obama and Sen. Bernie Sanders walk to the Oval Office of the White House on Thursday. Bloomberg/Bloomberg via Getty Images hide caption 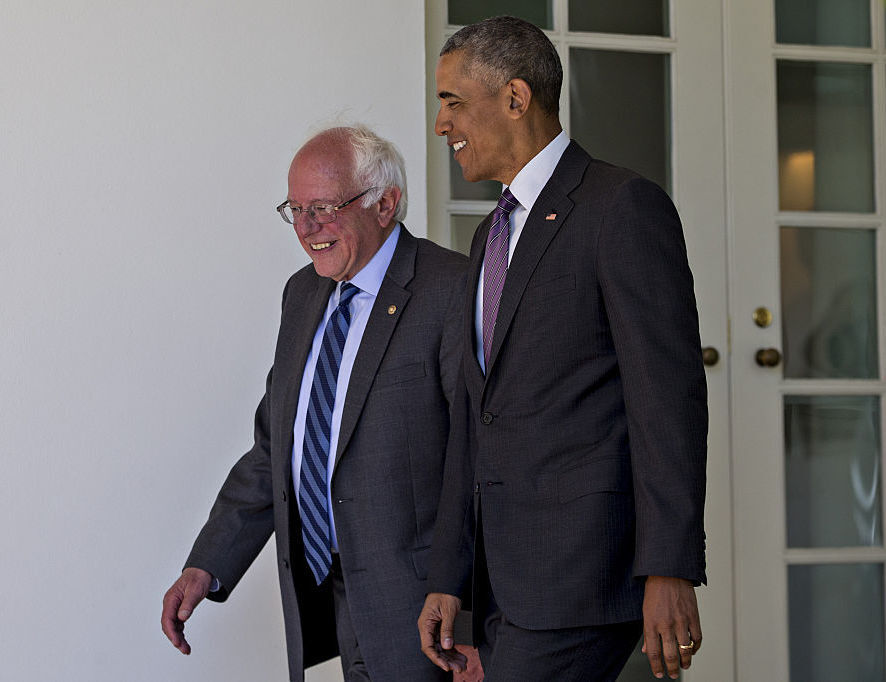 President Obama and Sen. Bernie Sanders walk to the Oval Office of the White House on Thursday.

Afterward, Sanders thanked Obama and Vice President Biden for their impartiality during the primary process, but he did not concede or endorse Clinton. He vowed to fight on to the Washington, D.C., primary, which takes place Tuesday, the last voting of the primary process. (Sanders even declared that he is "strongly in favor of D.C. statehood.")

Sanders said Clinton had run a "strong campaign" and that he looked forward to meeting with her in the near future to see how they can "work together to defeat Donald Trump" and create a government that "doesn't just fight for 1 percent."

Obama will certainly campaign for Clinton this fall. Having a president campaign strongly for his successor is a surprising rarity in American politics. It hasn't happened in at least 100 years.

Asked if Sanders would get a prominent speaking slot at the convention or if there were any unity events in the works, Clinton told NPR: "We're going to talk about everything. I think his campaign was good for the Democratic Party, good for our country. And I know how passionate he is about the issues he cares about. So we'll have a long list of matters to discuss when we sit down."

Obama just endorsed Crooked Hillary. He wants four more years of Obama—but nobody else does!

Clinton was not impressed with his tweeting.