Accessibility links
Elizabeth Warren Backs Hillary Clinton The progressive hero is the latest Democrat to fall in line behind Clinton after she clinched the requisite number of delegates earlier this week over rival Bernie Sanders. 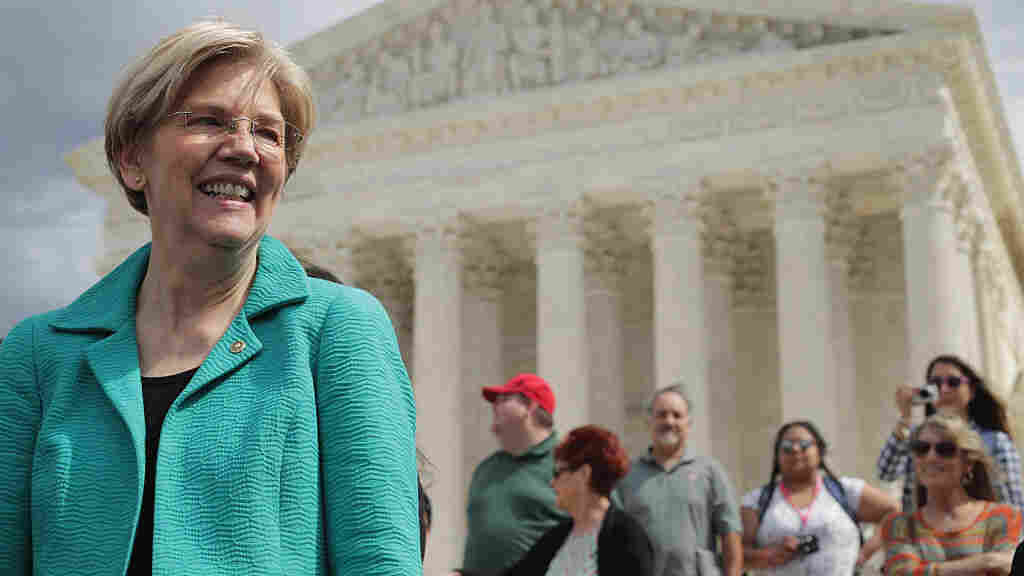 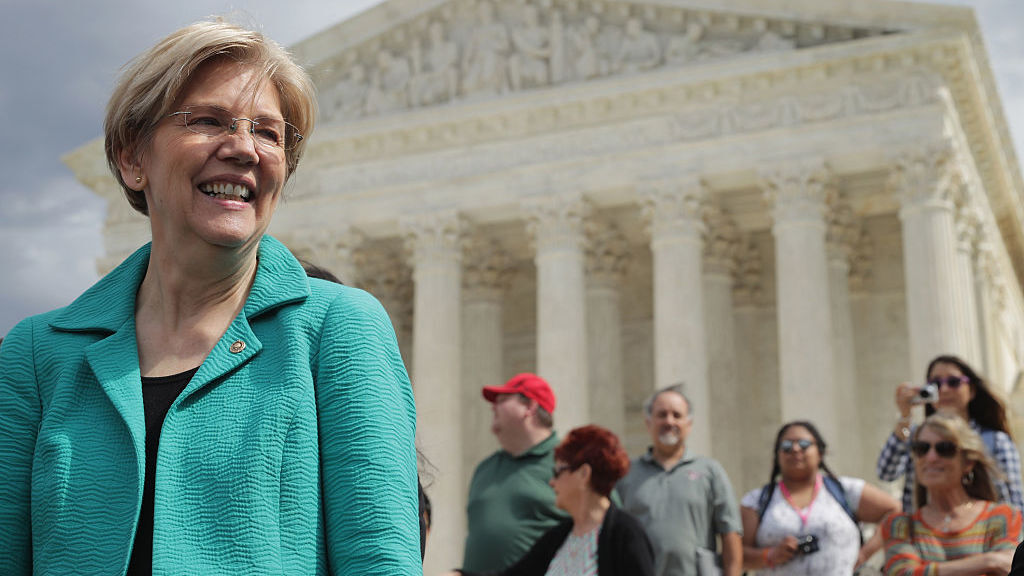 Warren, a hero of progressive Democrats, is the latest party leader to fall in line behind Clinton after she clinched the requisite number of delegates earlier this week over rival Bernie Sanders.

Warren told MSNBC's Rachel Maddow tonight, "I am ready to get in this fight and work my heart out for Hillary Clinton to become the next president of the United States, and to make sure that Donald Trump never gets anyplace close to the White House."

The endorsement comes the same day that President Obama also endorsed Clinton in a video and announced he would campaign with his former 2008 rival next week.

But Warren's backing may be more politically important for Clinton than Obama's blessing. The Democratic senator, who remained neutral throughout the contest, championed many of the same economic inequality issues and Wall Street reforms Sanders drew attention to in the primary. 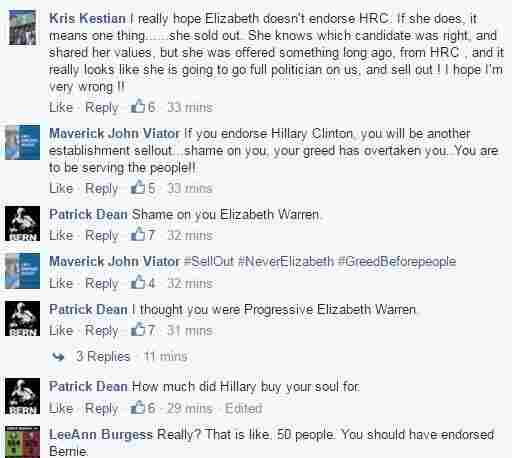 A sample of comments on Elizabeth Warren's Facebook page after news broke that she was going to endorse Hillary Clinton. Facebook hide caption

In fact, she was urged by many progressive groups early on to challenge Clinton herself, and the "Ready for Warren" organization who tried to lay the groundwork for her run ended up endorsing Sanders.

Even though she remained on the sidelines, Warren has emerged as a fierce attack dog against presumptive GOP nominee Donald Trump, calling him a "nasty, thin-skinned fraud" just Thursday. He, in return, has derided her as "Pocahontas" — an allusion to a controversy that emerged during her 2012 Senate run after she had claimed Native American ancestry.

Tonight Warren said Trump had cheered for the 2007 economic crisis because he knew how to make a profit from it. "What kind of a person does that?" she asked, "an insecure money-grubber who cares about nothing but himself. ... That cannot be the man who leads the United States of America."

Warren has been floated as a possible vice presidential pick for Clinton, a choice that could help allay some concerns among progressives about the former secretary of state's nomination.

But there was immediate backlash online to Warren's anticipated nomination. Many supporters took to her Facebook page with profane comments, calling her a "sell out" for not endorsing Sanders.