Accessibility links
Politics, Pundits And The Problem With The Word 'Pivot' The campaign buzzword du jour seems to be "pivot," and NPR's Scott Simon is sick of it. He points out that it's more than tiresome — it can obscure the true meaning of a politician's message. 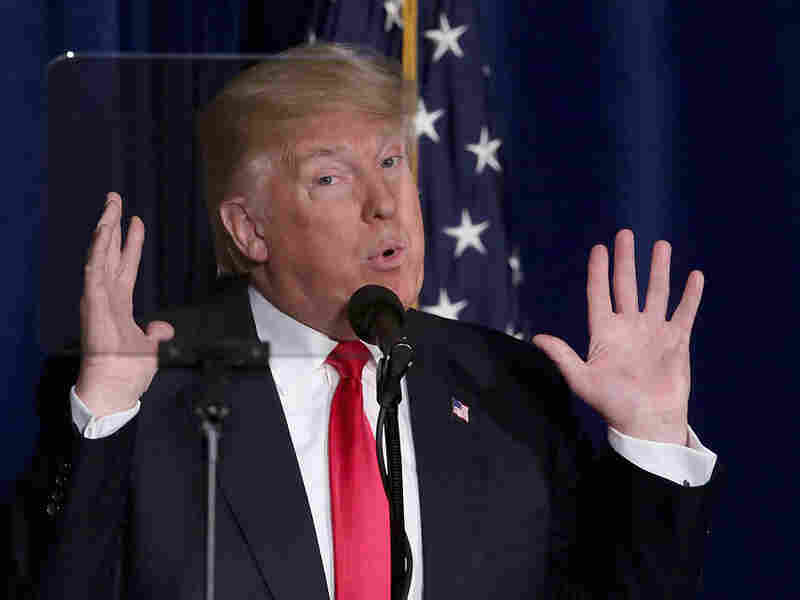 Donald Trump delivered a speech on April 27, 2016 in Washington, D.C. using a teleprompter, a "pivot" in style, after saying he wouldn't use one. Chip Somodevilla/Getty Images hide caption 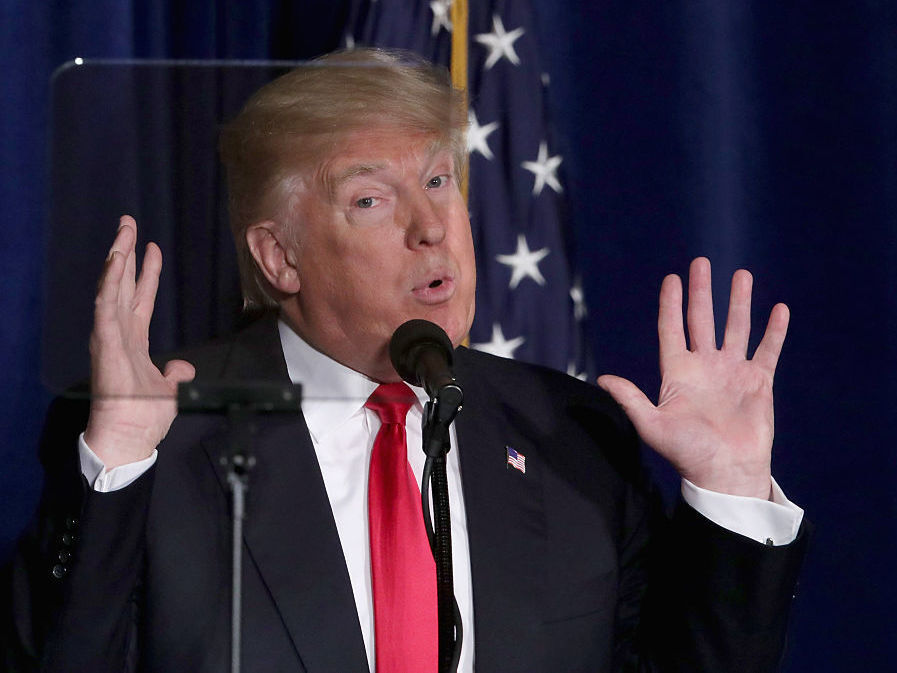 Donald Trump delivered a speech on April 27, 2016 in Washington, D.C. using a teleprompter, a "pivot" in style, after saying he wouldn't use one.

I'm getting a little tired of all this pivoting.

Pundits and analysts — which, by the way, might be a good name for a new bar in Georgetown — say that Hillary Clinton, Donald Trump, Paul Ryan and Bernie Sanders are, must, or are soon expected to "pivot" into some new strategy for the fall campaign.

I won't even get in to fishtail. I understand that one even less.

Pivot has become part of the special vocabulary of this campaign, along with wall, bridges, rigged, and huuuuuge, emphasis not mine. To "pivot" seems to mean that a politician will say or do something that's different from what they did and said before.

Some people would call that hypocrisy. Others would even call it growth. But to a politician, it's pivoting.

I try not to be persnickety about language. But politicians and the reporters who must speak their language have taken a word that, according to Merriam-Webster, is an object on which something turns; a person or thing that is essential to a function; or a play in basketball, and turned it into a phrase they say over and over to mean something else.

And there is no need to run a search. I'm sure I've said "pivot" plenty of times in our political coverage too, although if you do search my name and pivot, you'll find a Scott Simon who's patented a Console Armrest With A Dampening Strut, "and a hinge pivotally attaching." That's not me.

I think the problem I have with using "pivot" to describe how a politician may change is that these seasonal buzzwords, like a lot of advertising slogans, are popular but not clear. In fact, these words are often used to sound authoritative while being obscure.

"We're pivoting our thinking on that," is a lot easier for a politician to announce than, "I've changed my position," or, "That was then, this is now," or especially, "I was wrong."

Saying "pivot" instead of "change" may not be wrong. But the hundredth time you've heard it bounce off the echo chamber of pundits and analysts, it begins to smack of smug insider-ness.

Imagine if Muhammad Ali, the masterful communicator who was laid to rest yesterday, had made his motto, "Pivot like a butterfly, sting like a bee!"