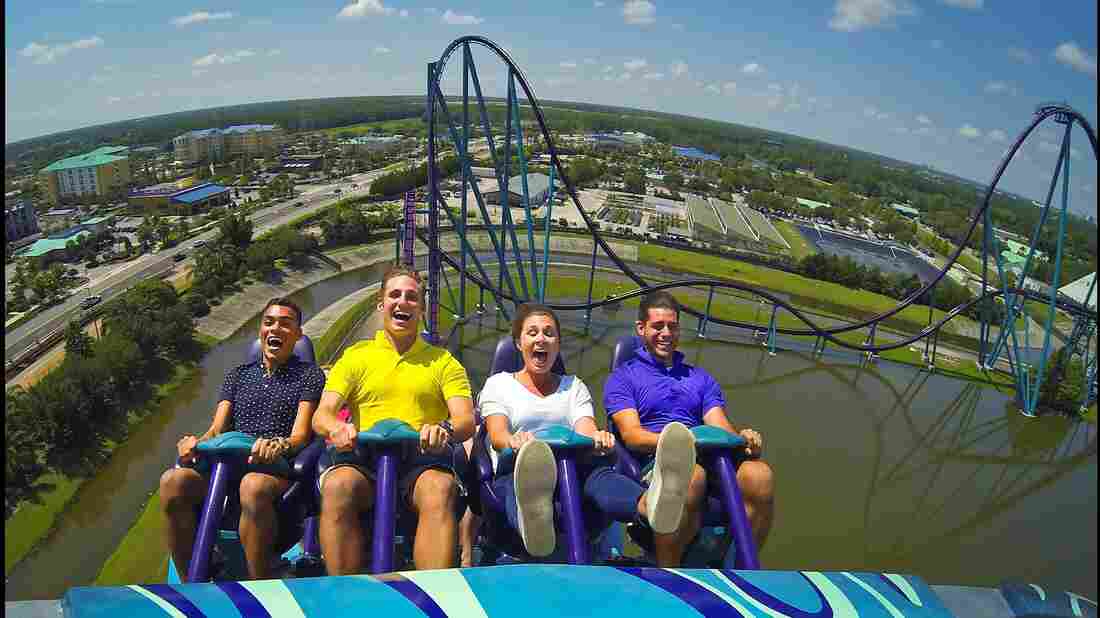 SeaWorld's new Mako is a hypercoaster, a type of coaster which is built to lift riders from their seats. Courtesy of SeaWorld hide caption 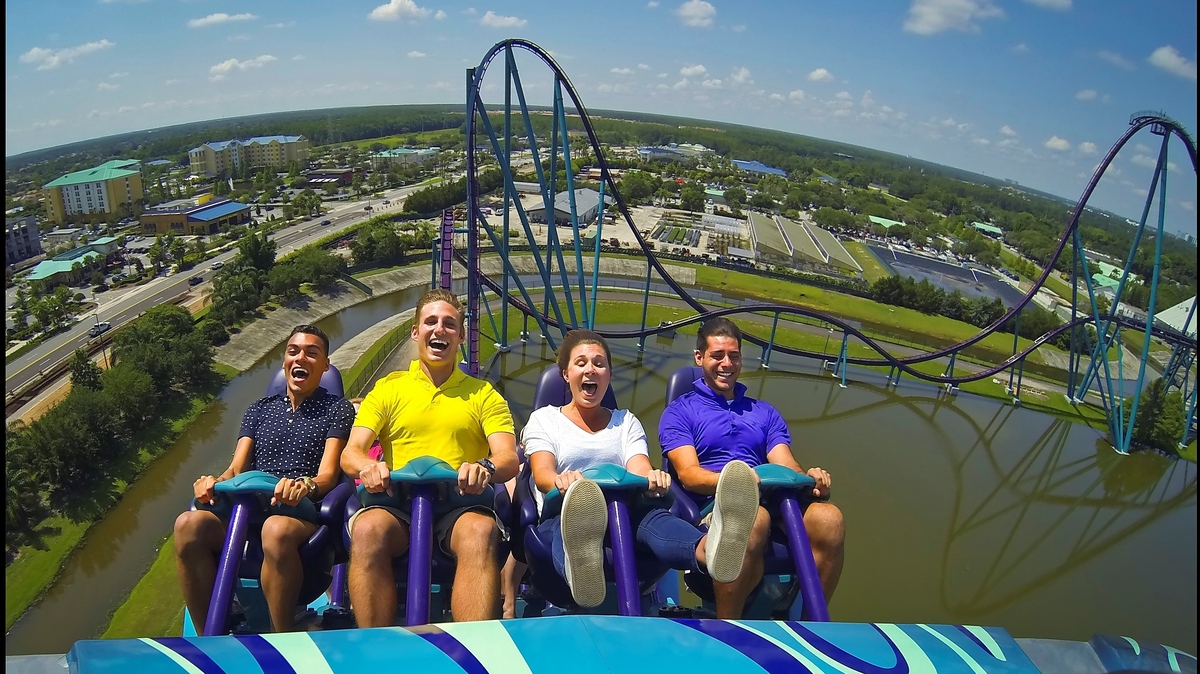 SeaWorld's new Mako is a hypercoaster, a type of coaster which is built to lift riders from their seats.

The last few years have been rocky ones for SeaWorld. While other theme parks have prospered, SeaWorld's parks have seen attendance declines — in part because of public concerns about captive killer whales raised by the documentary Blackfish.

In March, SeaWorld agreed to end theatrical orca shows and its captive breeding program. Their Florida location is now adding new attractions and is hoping to lure visitors back with the area's tallest and fastest roller coaster.

It's called Mako, named after the fastest species of shark. The coaster is 200 feet tall and goes up to 73 mph, according to Sophie Bolliger of the Swiss engineering firm Bolliger and Mabillard.

She says it's not just any roller coaster — it's a "hypercoaster." Hypercoasters typically have a drop of at least 200 feet. They're built for speed and what the industry calls "airtime" — those moments when riders are literally lifted from their seats. There are taller and faster hypercoasters elsewhere in the country, but this is the first for Orlando.

When it commissioned the ride, SeaWorld told Bollinger and Mabillard it wanted lots of airtime. But airtime, Bolliger says, along with height and speed, are just ingredients. How you blend them together is the key to a great coaster. 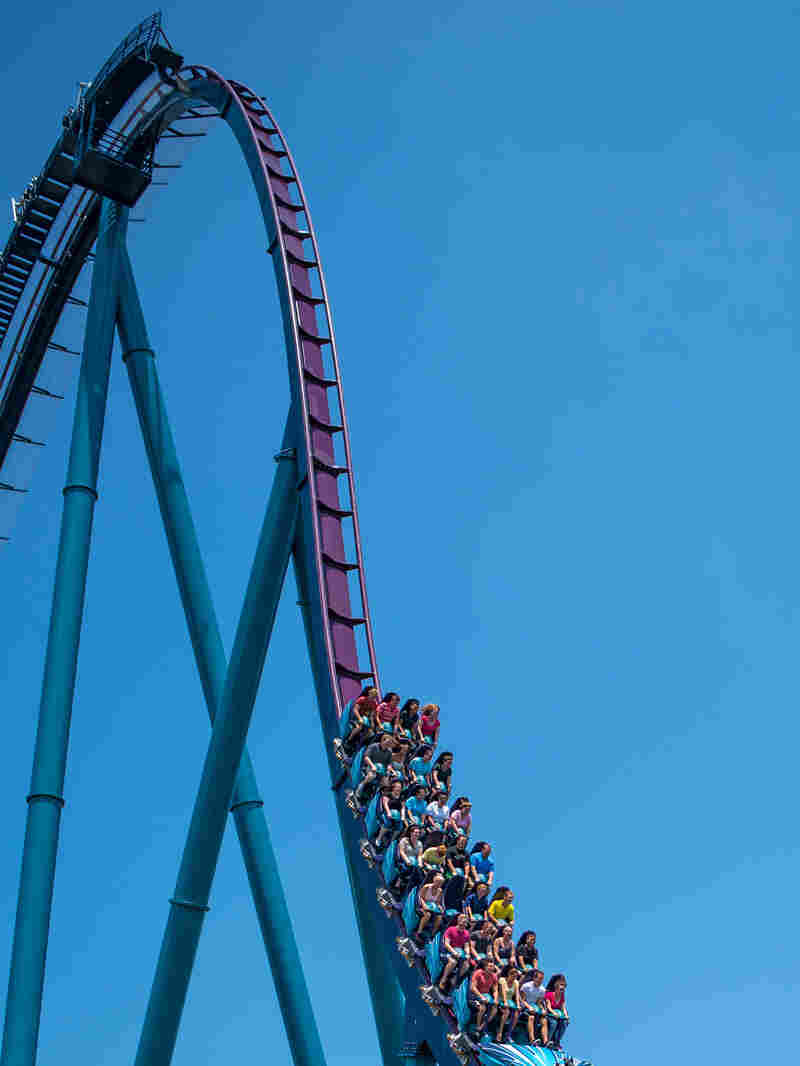 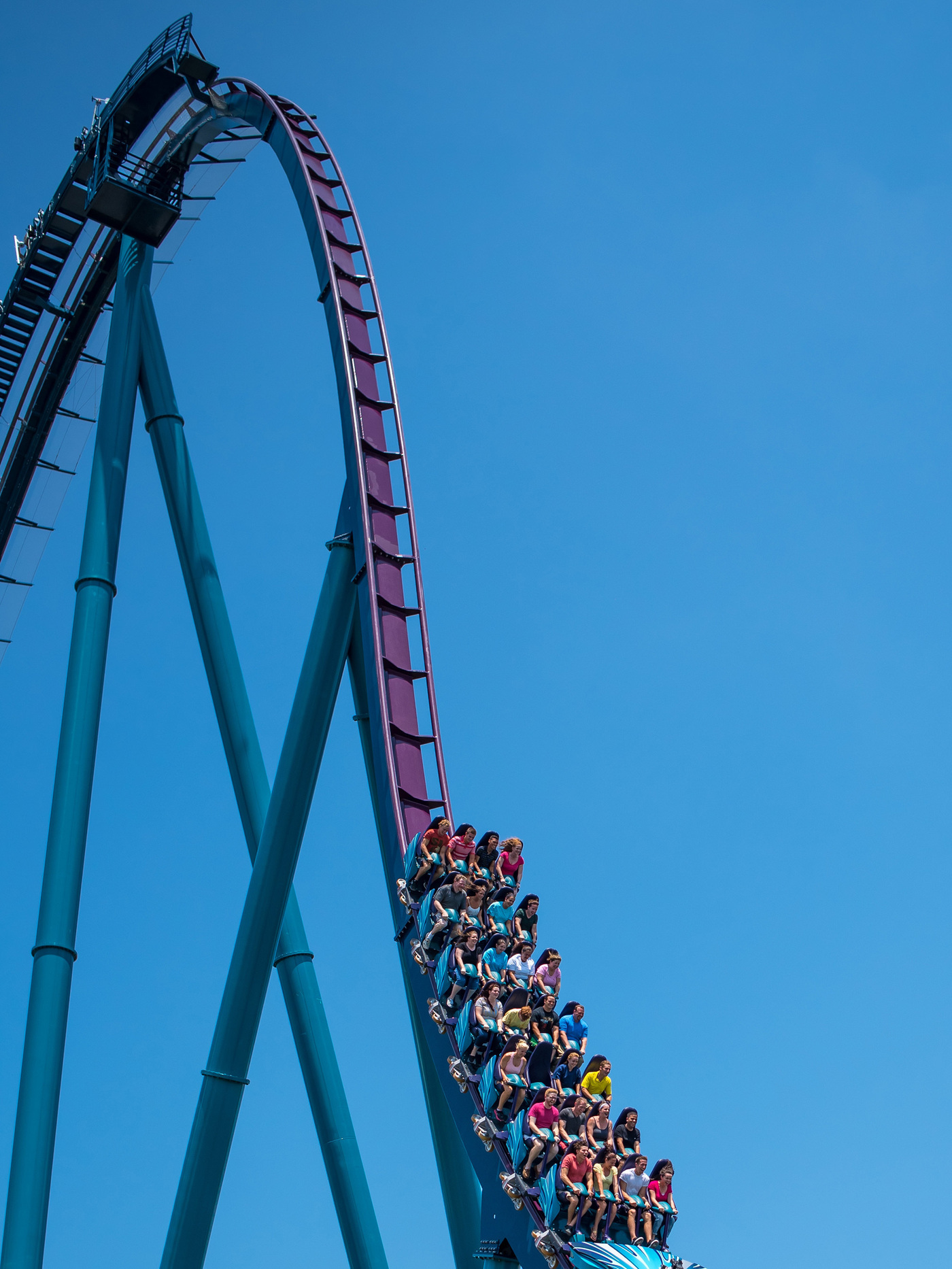 At its highest, Mako reaches 200 feet.

Because SeaWorld is a theme park, it sees the new Mako coaster as much more than just a ride. It's the centerpiece of a redesigned section of the park dedicated to sharks and their conservation.

Unlike another roller coaster Bolliger and Mabillard designed, Mako doesn't have any inversions, which turn riders upside down. Inversions are popular with older teenagers and young adults, but not so much with younger teens and older adults. Instead of inversions, Mako has height and speed.

"The geometry of these hills is specifically drawn and designed and built to maximize airtime," he says. "So those shapes are parabolic. That shape along with the speed that the coaster crests — that shape, that is the reality of the physics that deliver the forces that you feel as airtime."

Mike Denninger and Sophie Bolliger join me in Mako's front car as we begin the smooth ascent up. And then the drop.

The track suddenly curves away under us and we plummet 200 breathless feet before bottoming out in a 73 mph adrenaline-fueled rush.

But the biggest surprises come with the camelbacks. As the coaster crests the hills, there are split seconds that feel much longer. We're lifted from our seats with only the lap restraint holding us in.

The ride on Mako is just two and a half minutes — fairly long for a coaster.

Outside of people in the industry and hardcore fans, Sophie Bolliger says few recognize the amount of art that goes into designing a coaster. She says coaster designers get their recognition elsewhere.

As it works to rebuild its image and attendance, SeaWorld is hoping Mako will help bring guests back to the park time and again.