Accessibility links
Songs We Love: IGBO, 'ThunderLove' We could all use a little extra light, with just a hint of cheesiness. That's exactly what the Brooklyn duo offers in its new video.

Let's be real. It's long been low-key frowned upon to be corny, cheesy or even overly optimistic as an artist in the music industry. We're just now (almost reluctantly) entering the era of Chicago's Chance the Rapper, whose ultralight beam of joy is so bright it's almost blinding. There's also the current man with the Midas touch, Anderson .Paak, who's out in Cali living life and making music exactly as he sees fit. Now, the Brooklyn duo IGBO is following suit — but in its very own way.

IGBO's latest single, "ThunderLove," found an early home on DJ Kitty Cash's Love The Free Vol. III, a 28-track mixtape overflowing with off-the-wall R&B and hip-hop (which NPR Music premiered last week). The visuals that go with that song continue in the vein of the most recent video IGBO released, "Gimmie Gimmie," which shows the duo visually exploring with colors, editing effects and fun outfits out the wazoo. Their style brings to mind the all-too-brief moment in hip-hop legend Snoop Dogg's career when we were blessed with "Sensual Seduction." 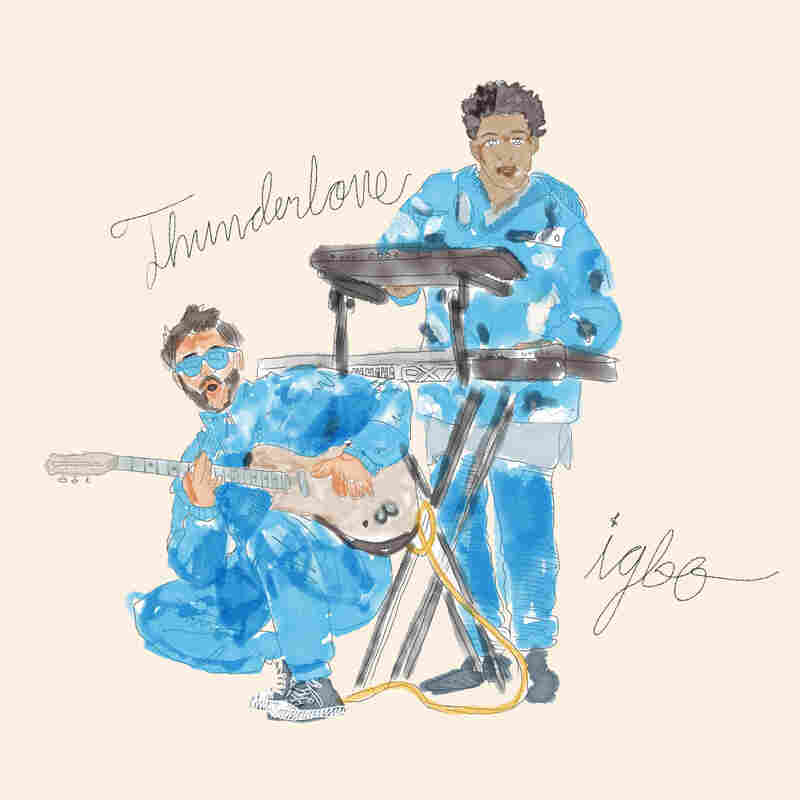 The women featured in the single, Jypsy Jeyfree and Denitia Odigie, typically join IGBO onstage for their live shows; they also happen to be two of the most promising voices coming to the surface in the freeform space between electro-pop and R&B. Jeyfree, whose malleable voice is capable of just about any style, leads the way energetically — with the outfits and choreography to match. Meanwhile, Odigie, whose vocal talents are spread across her own solo work as Adesuwa as well as her joint venture with producer Sene, brings a smoothness to the track that almost makes you want to stop dancing. Almost.

Everybody has a moment to shine in "ThunderLove." The women are front and center — both sensual and empowered, and collected and dressed down. The men largely serve as comic relief, with barefoot dancing, over-the-top saxophone playing and a very adorable ending that shows a behind-the-scenes glimpse of music-video magic, complete with omnipresent sirens blasting in the New York City backdrop. With the sometimes maddening way this world turns, we could all use a little extra light, with a hint of cheesiness. And that's exactly what IGBO is here to bring.