Accessibility links
Court Fines And Fees Almost Delay Homecoming For Wrongly Convicted Michigan Man Davontae Sanford spent nearly nine years in prison for crimes he never committed. But his release was almost stopped because of an unpaid bill he owed for his public defender. 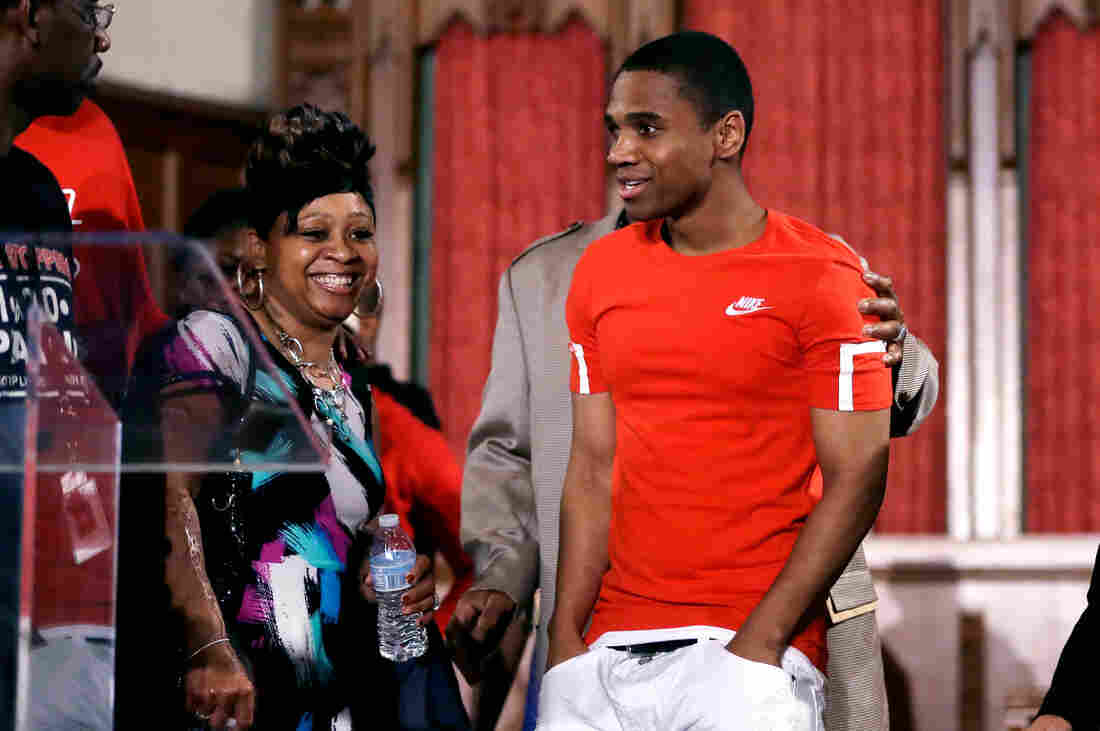 Davontae Sanford stands with his mother, Taminko Sanford, during a news conference a day after he was released from prison. Carlos Osorio/AP hide caption 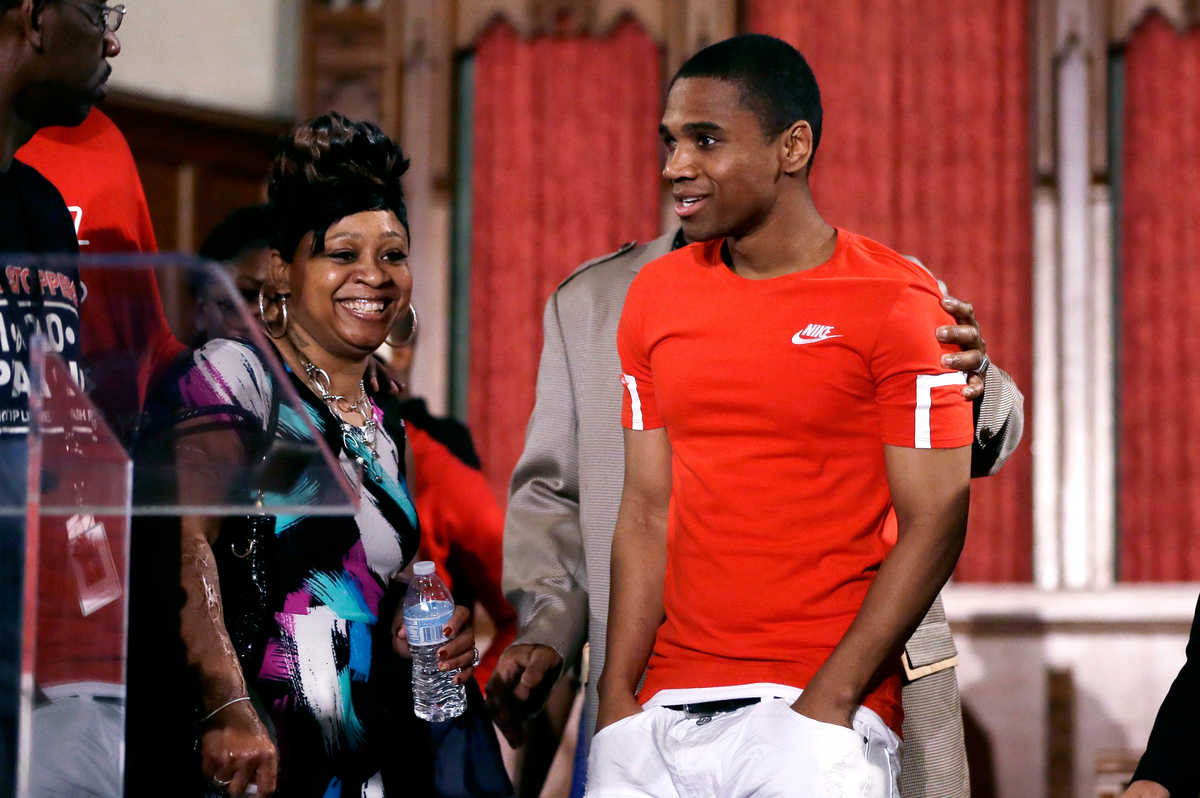 Davontae Sanford stands with his mother, Taminko Sanford, during a news conference a day after he was released from prison.

Davontae Sanford was only 14 years old when he was arrested for a string of murders in Michigan. But after almost nine years in prison, his conviction was overturned when a state investigation found that the real killer had later confessed to Wayne County police and prosecutors.

Now 23, Sanford was reunited with his family last week in Detroit. But that tearful homecoming almost didn't happen, because of more than $2,000 in unpaid court fines and fees he amassed while in prison — including a bill for a public defender.

Two years ago, an NPR investigation looked at how impoverished people in U.S. court systems often end up having to pay hundreds or thousands of dollars in court costs. It was a problem particularly in Michigan, where we found a 19-year-old man ordered to jail when he didn't pay the fine for catching a fish out of season; a homeless Iraq veteran who was jailed when he came to court with $35 instead of the $50 the judge ordered to pay; and another defendant who was billed for over $1,000 to help pay for the courthouse heat, lights, copy machines and even the employee fitness center.

Last week, Sanford's mother first got word that her son's conviction was about to be overturned and that he was coming home.

"The family's getting excited. Everybody is coming over here," Taminko Sanford says of that day. And then, she says: "We hit a bombshell."

The bombshell was those unpaid court fees.

"I'm saying to myself, I don't have this money. I can barely afford my bills. How am I going to pay this money to get him out? I want him home. So it was like my back was against the wall."

The 2014 NPR investigative series "Guilty and Charged" included a nationwide survey of court fines and fees charged by states. One finding, in a survey with the Brennan Center for Justice, showed that in 43 states and the District of Columbia, judges are allowed, or required, to charge someone for a public defender. Sometimes it's a small application fee, which ranged from $10 to $400. But some states charge reimbursement fees for the lawyer that can add up to thousands of dollars.

Sanford was billed $1,500 for his public defender. And an additional $1,000 in general court costs — even though he was a teen in prison, with no income.

John Miller, a prosecutor in Lapeer County, Mich., explains that those costs popped up not on his original conviction but while he was in a youth detention center. 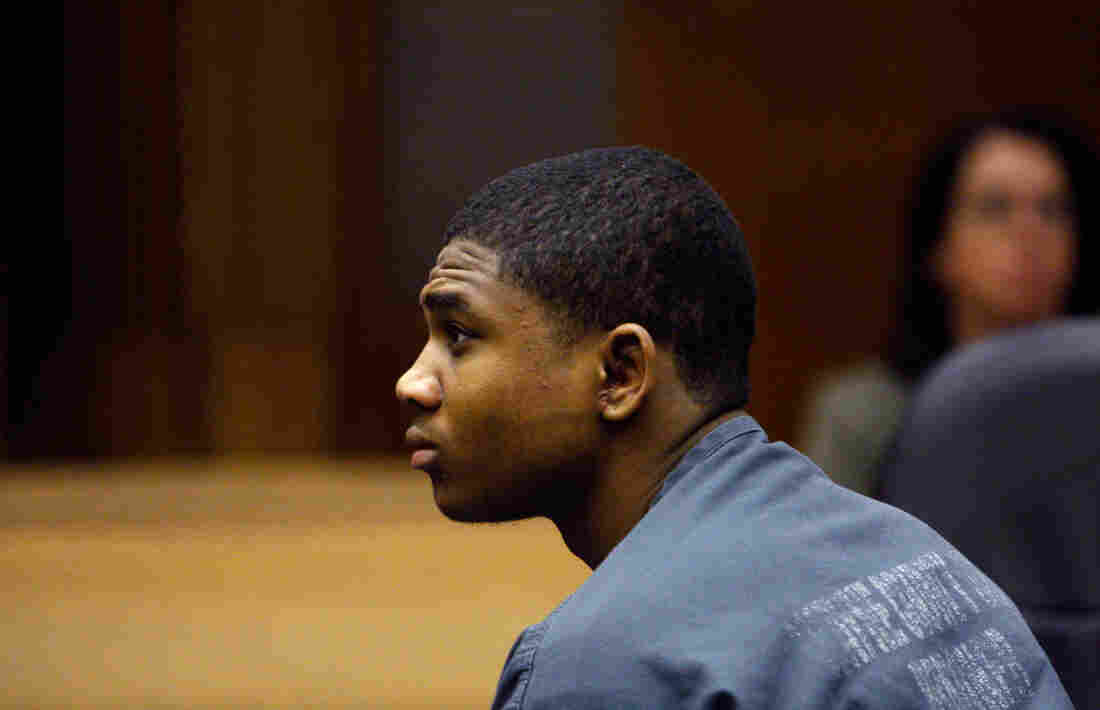 Davontae Sanford, sitting in a Detroit courtroom in 2010, was charged with assault during an incident in a youth detention facility. Carlos Osorio/AP hide caption 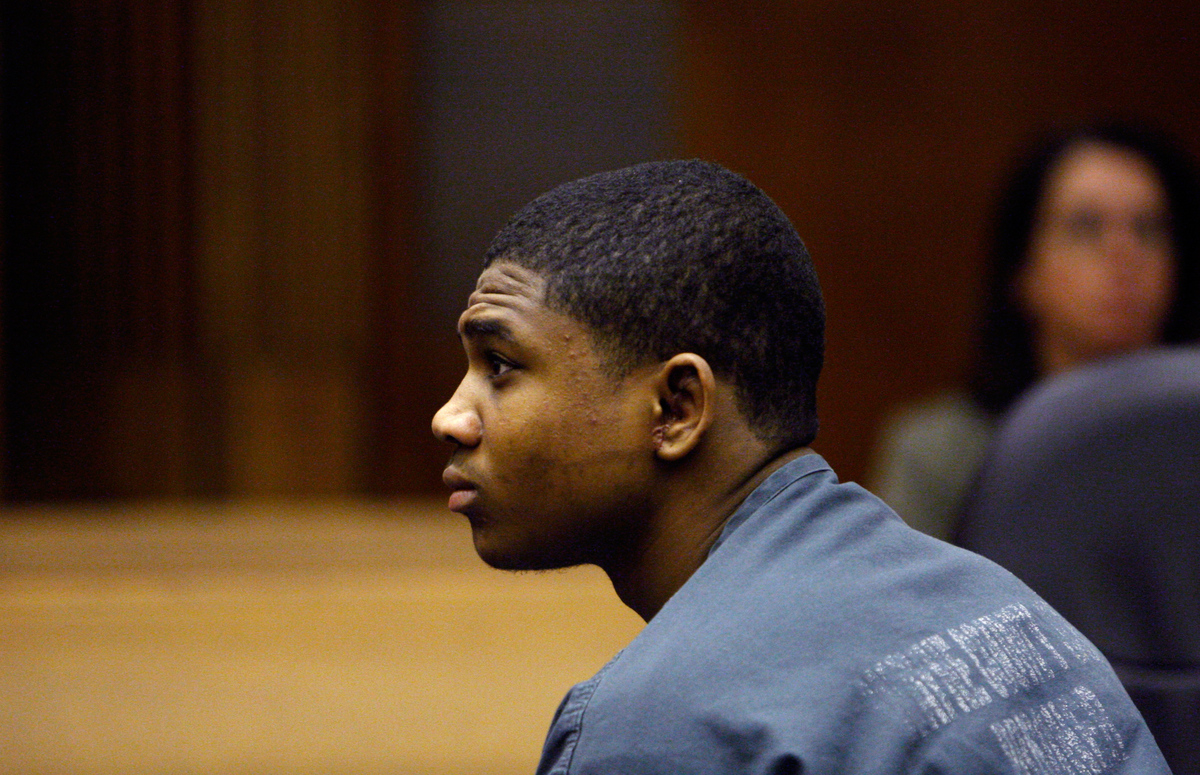 Davontae Sanford, sitting in a Detroit courtroom in 2010, was charged with assault during an incident in a youth detention facility.

In 2009, "prison employees had responded to [Sanford's] cell because he had indicated he was going to make a noose out of some clothing ... that he had in his cell and hang himself," Miller says.

Guards in gas masks stormed into the cell, grabbed and handcuffed the despondent teen.

Sanford was charged with assault for kicking a corrections officer in the wrist and then spitting on another officer. He was assigned a public defender and took a plea deal for misdemeanor assault. The judge sentenced him to an additional two years in prison, but said the time could be erased if he paid the court fees totaling $2,500.

So even last week after it was determined that Sanford was innocent of the original murder charges in Wayne County, the sentence still stood in Lapeer County.

Miller says his office moved to expedite the issue. And Nick Holowka, the chief judge in Lapeer County who has the discretion to drop the fines and change the sentence, says he was willing to speed things up, too. But Holowka says he could only do that once Sanford's lawyers set up a hearing.

Valerie Newman, an attorney who helped overturn Sanford's convictions, says that was going to take days.

"I mean, I don't even really know how to articulate the absurdity of it," says Newman, of the Michigan State Appellate Defender Office. "It's so much beyond comprehension."

While Sanford's attorneys and the judge were trying to figure out next steps, there was an unexpected solution.

"There was a very generous anonymous donor who knew about the case," says Newman. "Whose response was, 'I'm not going to let that happen. He's not going to spend one more second locked up than he already has. I'm going to pay it.' "

The donor, who asked to remain anonymous, confirms to NPR writing the check.

Prison officials had already been deducting money from Sanford's prison commissary account — the money his mother sent him so he could buy things like soap, shampoo and snacks and make phone calls home.

"I was in prison for a crime I didn't commit, so if anybody should be paying something, it should be them," Sanford says of the state of Michigan.

A check was hand delivered to the court, and Sanford was allowed to go home.

Sanford says now that he is home he has priorities. He wants to learn to drive, go back to school and get his GED.

"Get a job, eventually and you know, start becoming like, independent," he says.

Since the NPR series in 2014, states around the country have made reforms. In May, the Michigan Supreme Court issued new rules telling judges to stop making impoverished defendants stay in jail if they can't pay their court fines and fees.