Accessibility links
Trump Would Be Oldest President Ever To Take Office (With Clinton Close Behind) Donald Trump is 70 today. If he were elected, he'd be the first newly inaugurated, over-70 president. But Hillary Clinton isn't far behind. 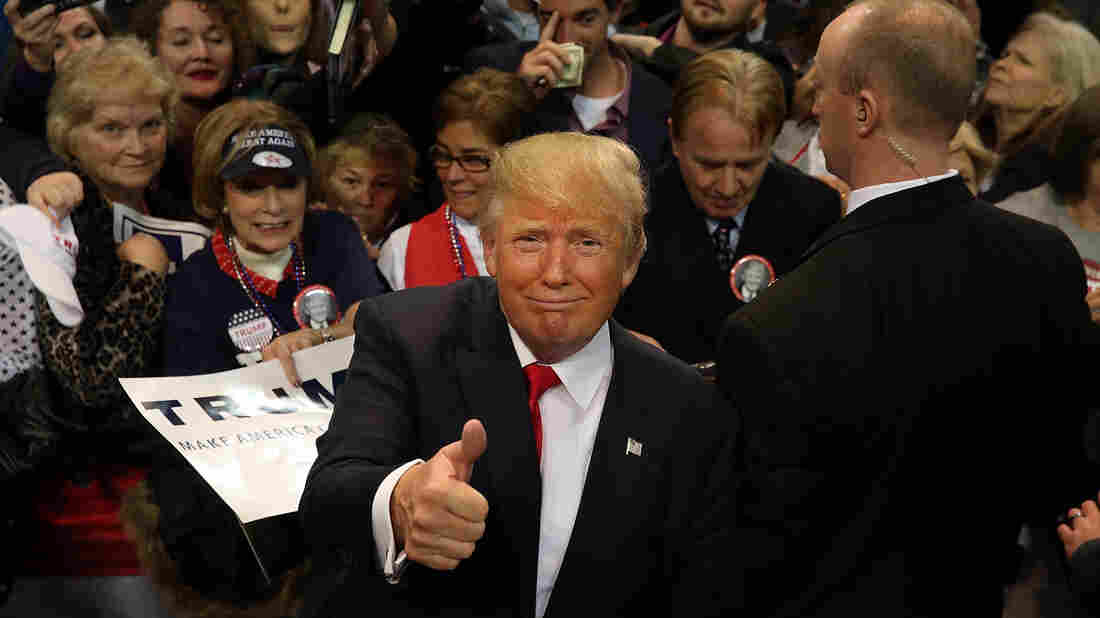 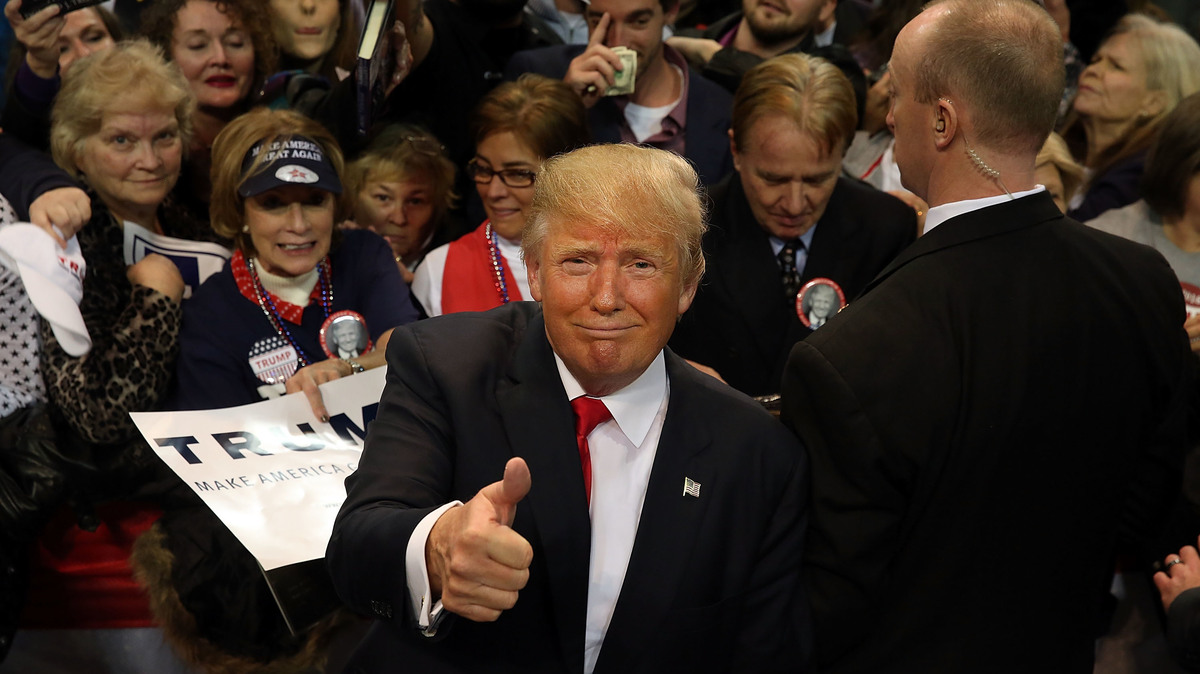 Trump pauses with supporters after speaking at the Mississippi Coast Coliseum on Jan. 2, 2016, in Biloxi, Miss.

Tuesday is Donald Trump's 70th birthday. If he wins the election in November, that means he would be the oldest newly elected president in U.S. history, putting him ahead of Ronald Reagan, who was just shy of 70 on Inauguration Day 1981.

If Hillary Clinton were elected, she wouldn't be far behind. She will turn 69 in October. Come Inauguration Day 2017, that would put her not far behind Reagan when he was inaugurated, making her the second-oldest president.

Here's how those two candidates compare with America's past presidents:

Not only would the two presumptive candidates be the oldest and second-oldest in history, respectively, but were he elected, Bernie Sanders would have by far been the oldest ever, at 75 on Inauguration Day 2017.

Still, "old" has been relative over time. When Theodore Roosevelt was inaugurated in 1901, at nearly 43 years of age, he was only around five years away from the white-male life expectancy at birth (48, for states that reported that data at the time).

At 43, Teddy Roosevelt was the youngest president sworn in. But, in 1901, he was only around five years away from the white-male life expectancy at birth.

This year's candidates are much older, but then, more people today are living longer. Presidential ages have climbed, but so has life expectancy. Today, the life expectancy at birth for a white man is 76.6 (for a white woman, it's 81.3). So while Trump and Clinton may be nearly 30 years older than the youngest president ever, they're also (like Roosevelt) a few years shy of the norm for their race and genders.

(But then, these are life expectancies at birth — a 70-year-old man like Trump could be expected to live longer than these life expectancies. A 2006 article from the Harvard Gazette explains it well: Older people "have already dodged the mortal dangers that do in younger people: infant mortality, violence, and auto wrecks." If you've lived to 70 already, the idea goes, you've cheated death already, and you could reasonably be expected to live a few years beyond the average. According to the CDC, a 65-year-old man could be expected to live 18 more years. For a woman, it's more than 20 years.)

In addition, Clinton and Trump both have another reason to expect relatively long, healthy lives: High-income Americans tend to live substantially longer than lower-income people. In case you haven't heard, Trump is "really rich" (and Clinton hasn't done too bad herself).