Accessibility links
Paul Ryan: Donald Trump's Muslim Ban Not Reflective Of GOP And U.S. Principles "I think the smarter way to go, in all respects, is to have a security test and not a religious test," the House speaker said. It's the second time in as many weeks he has criticized Donald Trump. 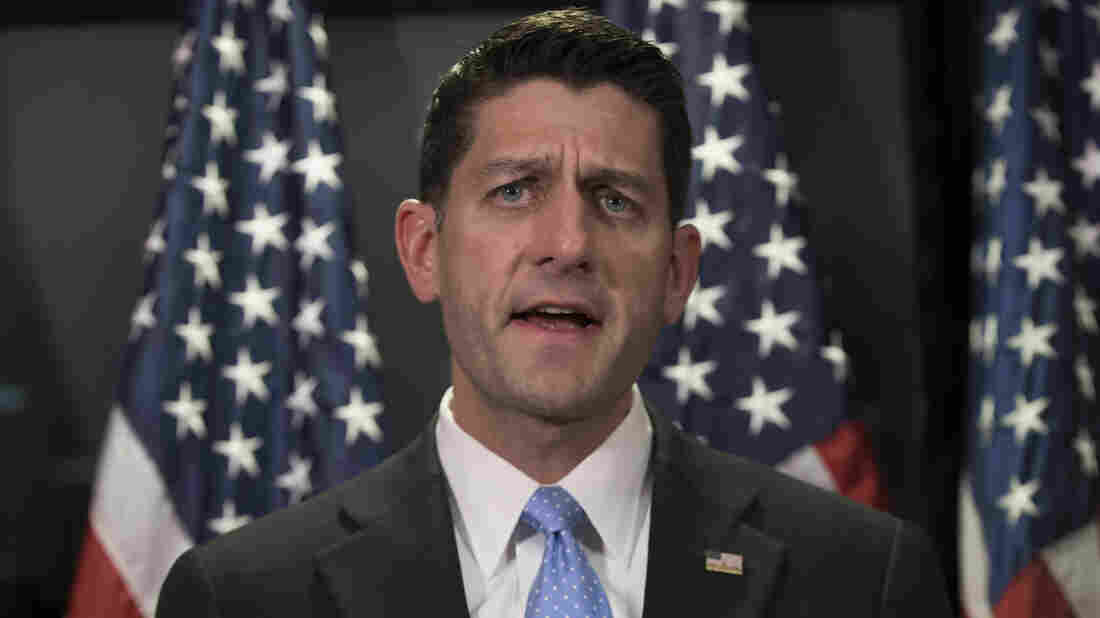 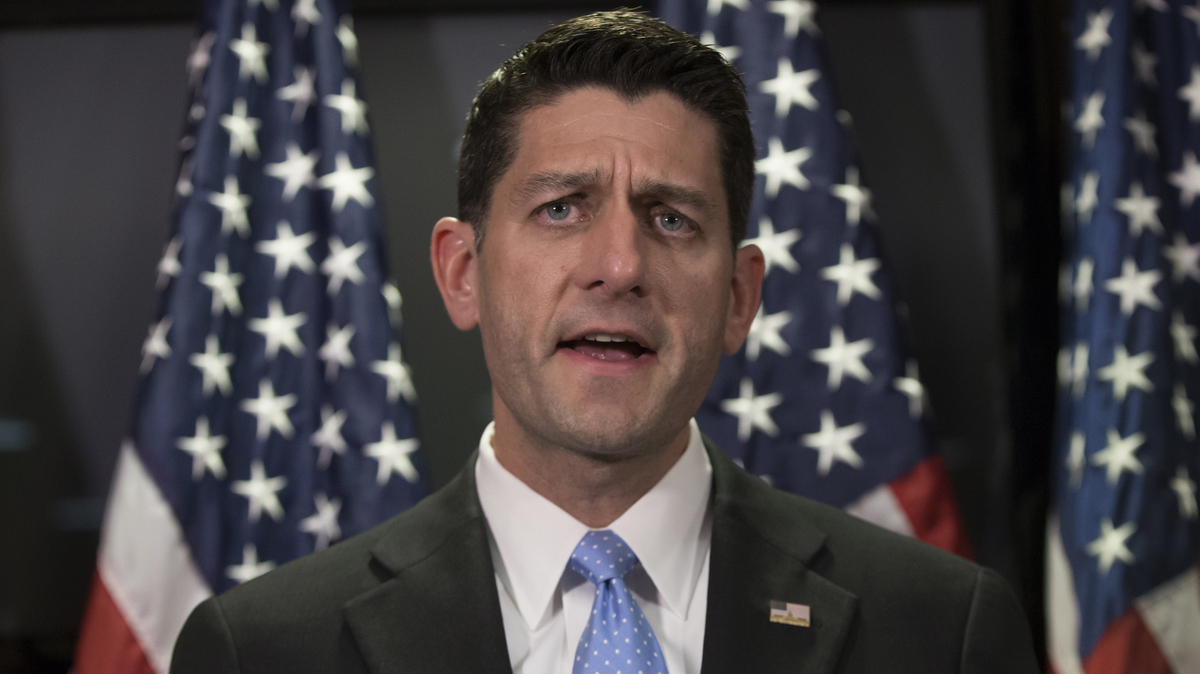 House Speaker Paul Ryan may still be backing the candidacy of presumptive GOP presidential nominee Donald Trump, but the two top-tier Republicans continue to butt heads over Trump's call for a temporary ban on Muslim immigration into the United States.

On Monday, Trump reiterated a broad, religion-based immigration strategy as the best way to protect against future terrorism attacks. (That's despite the fact that Orlando shooter Omar Mateen was a New York City-born American citizen.)

Asked to respond Tuesday morning, Ryan said he stood by previous criticism of Trump's stance. "I do not think a Muslim ban is in our country's interest. I do not think it is reflective of our principles, not just as a party but as a country. I think the smarter way to go, in all respects, is to have a security test and not a religious test."

Ryan endorsed Trump on June 2 after holding out for a month. But this is the second time in as many weeks that the highest-ranking Republican in the federal government has criticized his party's presumptive presidential candidate. Last week, Ryan said Trump's attacks on federal judge Gonzalo Curiel's Mexican heritage were "the textbook definition of a racist comment."

That's not to say Ryan is eager to pick fights with Trump. In fact, it often appears like he'd rather discuss any topic on earth. After magician David Copperfield appeared on Capitol Hill last week to lobby for a bill recognizing magic as an art form, Ryan reportedly joked he wished the illusionist could make him disappear for the duration of the presidential campaign.

Ryan attempted to focus Tuesday's news conference on the nine pieces of legislation House Republicans have authored dealing with terrorism threats, but three of the four questions he fielded were tied, in one way or another, to Trump's latest call for a ban on Muslim immigrants.

But while Ryan and Trump disagree on the solution, they agree on the problem. Speaking in sweeping, broad statements, Ryan blasted President Obama for ignoring the severity of the threat that terrorism attacks pose.

"This was another act of war against America by radical Islam," Ryan said. "This is an ideology that rejects who we are as a country: open, tolerant, free. It preys on the vulnerable and the insecure, seeking to radicalize them into murderers."